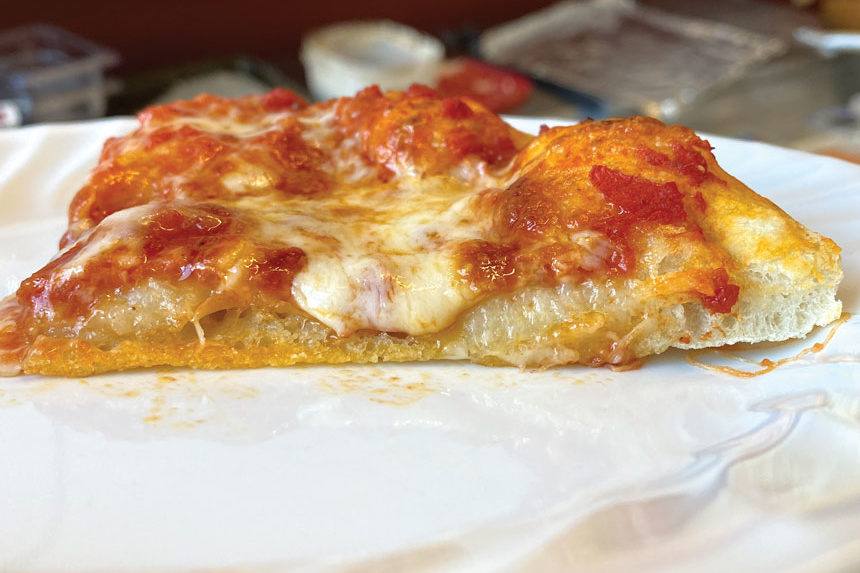 Knead to Know: Dough Doctor Tom Lehmann talks gum line — What causes it and what to do about it

Knead to Know: Dough Doctor Tom Lehmann talks gum line — What causes it and what to do about it

What causes a gum line just below the sauce?

A: They don’t call it the “dreaded gum line” for nothing. A gum line can be caused by a number of different things, and some of them are inter-related, but the “kicker” is that it won’t go away until you address the causative factor. This is where things can get interesting. The main factors that we have found to contribute to the development of a gum line are as follows, presented in no particular order:

So, why did we reduce the yeast level in the first place? The most common reason is due to some form of temperature abuse or incorrect management of the dough. Temperature abuse can include having the dough at too high of a temperature after mixing, while incorrect dough management can be the result of allowing the dough to bulk ferment prior to scaling and balling of the dough, making for a more gassy dough which is more difficult to cool when it is taken to the cooler for storage.

Many times we find failure to cross stack the dough boxes in the cooler to be the culprit. In this case the boxes are nested or covered as soon as they are placed into the cooler resulting in heat being trapped in the dough box, thus allowing the dough to continue to ferment rather than being cooled down as desired. Along similar lines, the dough balls can also be allowed to ferment outside of the cooler for a period of time prior to going into the cooler. This results in the dough balls proofing/fermenting, and developing more and larger gas cells which work to insulate the dough, reducing the rate at which they are cooled, causing them to blow or sporadically blow. Again, reducing the yeast level might seem like the thing to do, but it will also impact the way the dough rises in the oven to potentially create, or add to the creation of a gum line.