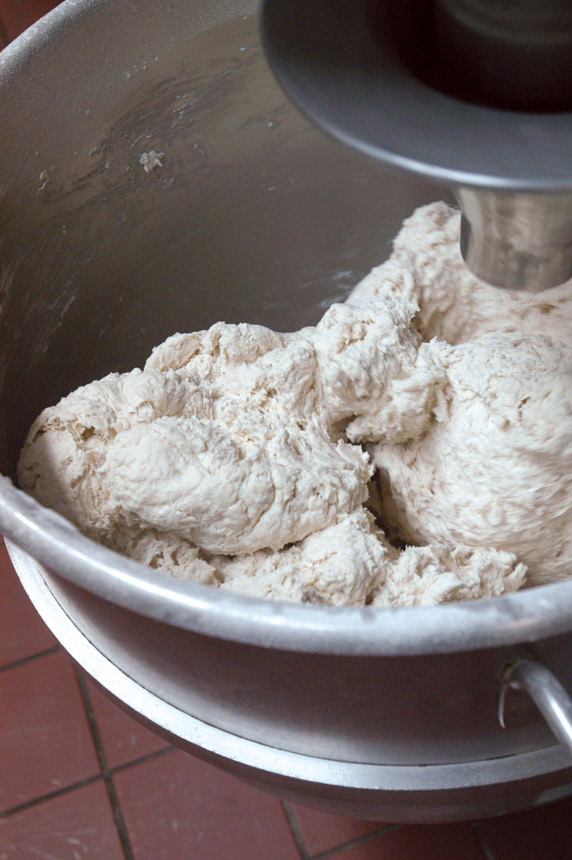 How the autolyse method can improve your dough 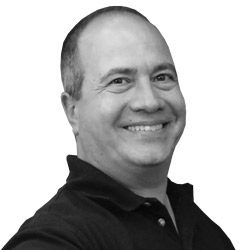 In today’s hyper competitive market consumers are much more knowledgeable and demanding. This has been great for our industry because it has caused us to look outside of our own insular world for methods and formulas that have the potential to improve our products.

In the old days, back in Italy, dough was mixed by hand in a wooden box referred to as la madia. This method allowed the pizza maker to use a sense of touch to coax the optimal results from the ingredients. Renowned pizza makers such as Franco Pepe still adhere to this philosophy of minimal mechanical intrusion on the process.

In the U.S., the first pizza makers used what is called direct method dough formulas. This means that ingredients were combined, mixed, and then divided and rounded perhaps with a very short bench rest. The dough balls would then be covered and allowed to rise for use later in the day.

This method certainly works and has the advantage of being easy to teach and execute. The challenge for us as operators is how to improve our products in a manageable way. The best recipe in the world can be undermined if it is not simple to consistently reproduce.

The goal of mixing is three fold:

For pizza dough, the most common mixing methods are the simplified method and the improved method. The simplified method is a long mix at slow speed that is gentle on the dough. Many pizza makers prefer this method, and I recommend it — especially if using a planetary mixer, which is most common in American pizzerias. The improved method utilizes two speeds in the process. Slow speed to combine ingredients and then faster speed to finish the dough and develop the proteins. With either method the goal is to avoid excessive friction, which will oxidize the dough and toughen the gluten.

Enter autolyse. Perhaps the simplest way to improve your dough without reinventing the wheel is to incorporate this simple artisan bread baking technique. Autolyse has been in widespread use by bakers since the 1970s. This operator friendly method of mixing dough was developed by renowned French baking instructor Raymond Calvel in an effort to reinvigorate the bread culture of France that had suffered from industrialization. In recent years the most recognized names in the pizza industry have discovered that they can dramatically improve the texture, flavor and even the color of finished pizzas with this technique.

Autolyse, in its most basic form, is simply incorporating the flour and water in your formula and then letting it rest in the bowl for up to 30 minutes before adding the additional ingredients and completing the mix. During this resting period the flour will have improved absorption of water and increased enzymatic activity will be promoted. The resulting enzymes will enhance flavor and break down carbohydrates, producing simple sugars to feed the yeast. An added benefit to using this method: it is possible to reduce the mixing time, which will greatly diminish the adverse effects of oxidation (thus further improving the flavor of your dough). If all of this isn’t enough to convince you of the advantages of autolyse, this method of mixing will also improve extensibility and enhance your dough’s ability to retain gas. The result will be the beautiful open crumb structure sought after by today’s artisan pizza makers.

Typically, artisan bread baking formulas utilize relatively wet dough with hydration of 70 percent or more. You will find that even at the lower hydration levels of standard pizza dough (in the range of 58 to 65 percent) you will get dramatically improved results using autolyse. The standard method of autolyse is to combine flour and water only and mix for about three to four minutes on slow speed. You can then let the mass rest for up to 30 minutes. However, even a 15-minute rest will work wonders. Continue the mix on second speed for approximately four to five minutes until the dough is smooth and silky. Divide and round as you would normally and refrigerate. If you are using fresh yeast, this dough will be useable in 24 hours (but will actually improve with up to 72 hours). With instant yeast, dough will of course be greatly reduced even with cold fermentation.

Since I’m not inclined to stick to the rules lately, I’ve been experimenting with slight variations on the process. Instead of adding yeast after the rest, try dissolving the fresh yeast in the water before adding flour. Because the dough does not contain salt (which is a yeast inhibitor) in this initial phase, the yeast will run wild during the 30-minute rest. Think of this method as a super charger for your dough. Fresh yeast amount will be .5 percent of total flour weight. So for a 50-pound bag of flour you will use four ounces of fresh yeast.

If using instant yeast, sprinkle yeast on top of the flour before initial mix if your hydration level is 65 percent or above. If hydration is lower than 65 percent, it may be best to dissolve the yeast in the water before adding flour. Instant yeast amount will be .14 percent of total flour weight. So 1.3 ounces will work for a 50-pound bag of flour. Remember to reduce total mixing time for your dough by about 20 percent when using the autolyse method. This is particularly important if you are using 50 pounds of flour in a 60 quart mixer. Friction is the enemy of tender dough and excessive heat will encourage over-fermentation.

Most pizza makers prefer to slightly under-mix dough in the rounding and extending phases because we are handling our dough more vigorously than a bread baker would. If we fully develop dough in the mixing stage your finished pizza may be tough. By using the autolyse method you are allowing biology to do much of the work — and the result will be an improved dough with less mechanical interference.