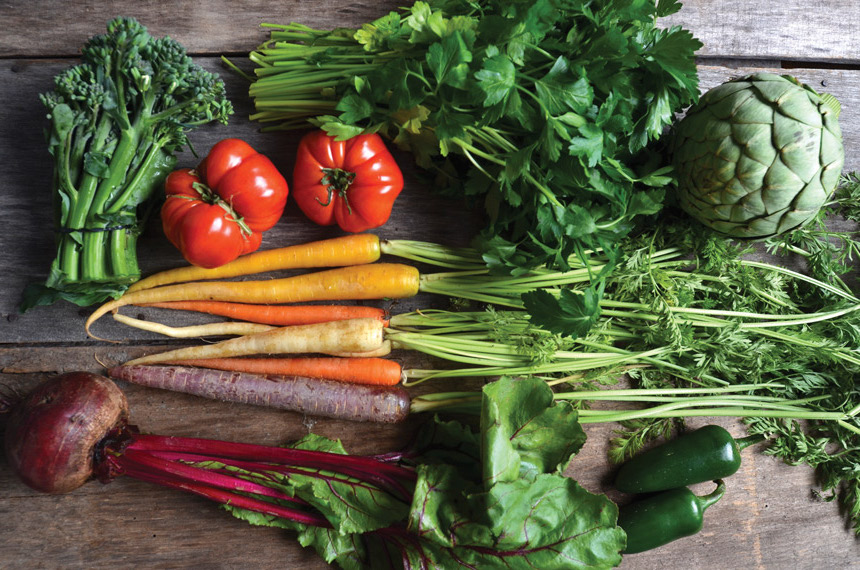 Organic has been gaining ground across the country. The U.S. organic industry hit a sales record of $43.3 billion in 2015, up 11 percent from the previous year, according to the Organic Trade Association’s 2016 Organic Industry Survey.

Who’s driving the trend? According to Nielsen’s Global Health & Wellness Survey, “41 percent of Generation Z and 32 percent of Millennial respondents are very willing to pay a premium for sustainably sourced ingredients, compared with 21 percent of Baby Boomer and 16 percent of Silent Generation (born between 1925 and 1945) respondents.”

Let’s first look at what sustainable food means to Napizza and SOL Pie and how they achieve their missions. Napizza outlines its sustainability commitment on its menus and Web site. “Our Values” states: “We believe that local produce and meat are more than mere vehicles for nutrients, but vital parts of the system that supports our environment and good people who live here.

“All of our meats and poultry are hormone and antibiotic free! Eighty percent of our raw ingredients come from within 400 miles of San Diego. For the few items that don’t grow year round, we source these items from responsible farmers and from the closest places possible.”

Phrases like “green certified”, “no chemicals or preservatives”, “local farmers and suppliers” and “local ingredients” are highly-visible on Napizza’s menu.

Napizza built its concept around its sustainability pledge. In fact, owners Giulia Colmignoli and Christopher Antinucci hired an in-house nutritionist and sought council from the Green Restaurant Association to create their Certified Green Restaurant. In the beginning, Colmignoli says, there was some trial and error to find the right products. It’s important to get to know area farmers and your market, she adds.

“The biggest challenge is the price. And with price, operationally, is staying online with seasonality,” Colmignoli says. “That is where an executive chef comes in.” Colmignoli adds that Napizza can afford a higher food cost because of its fast-casual, Roman slice concept.

SOL Pie Pizza outlines its “SOL-osophy” on its Web site. It states: “We purchase locally and seasonally to help reduce our carbon footprint. Our meats are raised using sustainable and free-range farming methods with ethical practices. It is our goal to purchase from farmers who engage in sustainable agriculture by not harming our environment, who produce high-quality, natural food, who take into account social consequences and uphold ethical treatment of animals.”

Alan and Lisa Frank rebranded a location they operate of a family pizzeria that has a long history in its community into SOL Pie Pizza in 2013. In order to fulfill their sustainable promise, Alan says, they became nearly a scratch kitchen, seasoning Italian sausage and making dressing and sauces. Doing so has not only helped control quality, but has also helped control costs.

Making the switch to a sustainable menu required an educational process for the Franks, their employees and their customers. Alan applied a common-sense approach to researching food labels. “If there are ingredients in something that you can’t pronounce, chances are it’s not food,” he says. “It’s chemicals added to preserve food.” SOL Pie also has a policy to let its customers view any product label.

Sustainable food has provided Napizza and SOL Pie a point of differentiation in their competitive markets. Napizza and SOL Pie were early adopters in their areas. Colmignoli and Frank contend it’s not an easy change. Each offers advice. “You have to believe it and love it,” Colmignoli says, “because it is a hassle. If you don’t believe, you are going to give up. And don’t hire a cook who doesn’t believe.”

Frank agrees and adds: “Starting with produce is a cheaper place to start than meat,” Alan says. “I think the familiarity with organic produce is there for a lot more people.”

The Green Restaurant Association works with restaurants to help them become environmentally sustainable. “One of the seven environmental categories we work with is sustainable food,” Founder and CEO Michael Oshman says. “The other ones are energy, water, waste, disposable, chemical and building.” Through its certification, restaurants are awarded “GreenPoints” based on criteria such as certified organic or certified naturally gown, certified humanely raised and handled, sourced within 400-mile radius and vegan/vegetarian entrée offerings.

Oshman says there are two approaches a pizzeria could choose to take. “We can start off slowly by taking a staple item that has price parity with a non-organic item, because there are some foods that are sometimes priced the same as their pesticide counterpart.

“Another approach that restaurants can do…Keep your menu as it is and add a new menu item. Now it’s a new menu item and on that one, all of the ingredients are organic. And yes that one is more expensive.”

Get the skinny on green menus’ commonly used terms: