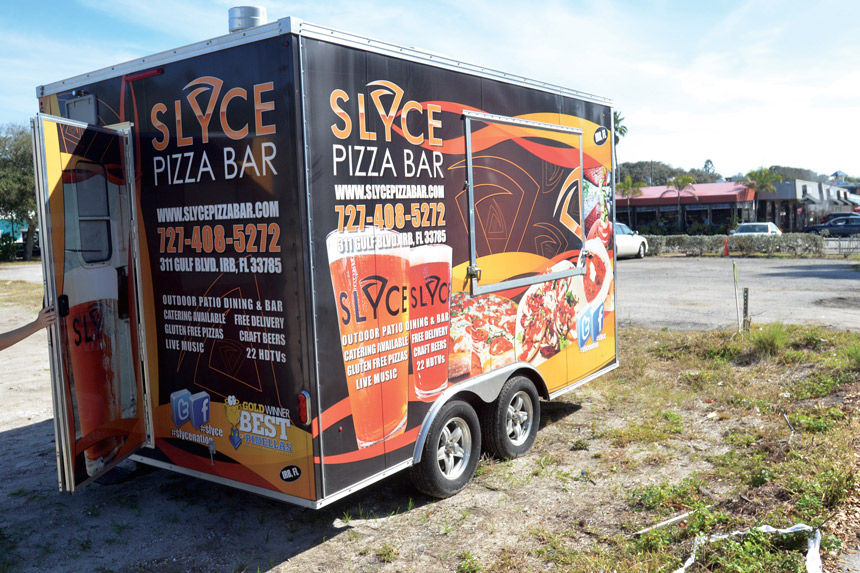 Knead to Know: Where Do You ‘Dough’?

Knead to Know: Where Do You ‘Dough’?

In addition to our pizzeria we are adding a mobile pizza kitchen (trailer) to sell pizzas at various gatherings. We don’t want to mix dough in the trailer so we are thinking of freezing dough balls at our store for use in the trailer when attending the different events. Do you see this as a viable alternative to using fresh dough?

A: I think it’s an excellent alternative. To make the frozen dough just use your regular dough that you use to make your pizzas with. Place the dough balls onto lightly oiled sheet pans and place in a rack in the freezer until solidly frozen (about four hours), then lightly oil the dough balls and bulk pack into corrugated boxes using a food contact approved plastic bag as a box liner. Label the boxes and date them. The dough will remain good to use for 10 to 15 days, so you can begin building your frozen dough inventory well in advance of the event.

Equip your trailer with a chest freezer dedicated just for holding the frozen dough and you should be good for a couple of days without resupply. If it will be a one-day event, only partially freeze the dough balls (about two hours). This will allow them to slack-out (thaw) during delivery to the event, but still remain cold enough so as not to begin fermenting. When placed into a refrigerated prep table they will be good to use after an hour or so. Additional dough balls can be stored in plastic dough boxes stacked and sealed in the chest freezer. By stacking the dough boxes they will be sealed, which will significantly slow further freezing of the dough balls and allow them to be slacked-out in less time. Since the frozen dough will have less fermentation time than your regular dough, you will need to dock the dough to control bubbling/blistering. In a future article I’ll discuss the use of the commonly used sponge-dough process to make frozen pizza dough that has some fermentation. This is commonly used in kiosk operations — but also lends itself well to use in any remote location, such as a pizza trailer.

We are in the process of purchasing a spiral dough mixer to replace our old planetary mixer, which we will keep for making sauce and shredding cheese and slicing vegetables. Will there be any difference in dough mixing time with the spiral mixer as compared to our planetary mixer?

A: Surprisingly, the total dough mixing time with a spiral dough mixer is very similar to that when a planetary mixer with a reverse spiral dough arm is used. The one difference that I’ve observed a number of times is that, due to the difference in bowl friction during mixing, the doughs coming off of the spiral mixer generally tend to be a couple of degrees colder than doughs coming off of a planetary mixer at the same mixing time. In most cases this will not necessitate a change in dough water temperature, but it is something to keep an eye on when you begin using your new spiral mixer.

We get our dough scaled, balled, boxed and into the cooler within
20 minutes of mixing as you have recommended, but we still have a problem with wet, sticky dough when we go to use the dough. What are we doing wrong?

We are considering changing over to an organic flour for making our dough. Is there anything we should watch for when we make the change?

A: There are some very good organic flours available that are well suited to making pizza, but being organic they will in all probability not be treated in the flour mill in any way. This means that the flour will probably not be malted. In regular (malted) flours the added malt provides enzymatic activity that helps to convert a portion of the wheat starch into sugars (which help to support fermentation and provide a level of crust color).

Since your organic flour will not be malted you may need to replace the missing malt by adding a small amount (one to two percent) of sugar to the dough formulation. This sugar can be in the form of sucrose (table sugar), honey, non-diastatic malt or any other sugar you may wish to use. Since expectations are different it is suggested that whatever form of sugar you elect to use you start out at .5 percent of the total flour weight and work up from there until you achieve the dough performance and crust color characteristics you’re looking for. The one exception to this is where the pizzas are being baked at high temperatures (above 750F). In this case, the baking temperature is sufficiently high to allow the protein in the flour to participate in the browning reaction, so crust color development most likely will not be a problem. But you will still want to monitor the dough performance, especially if you allow the dough to
ferment for extended periods of time where the yeast might deplete available nutrient sources, resulting in compromised dough performance. The corrective action in this case would be to shorten the fermentation time or add some form of yeast nutrient to the dough.