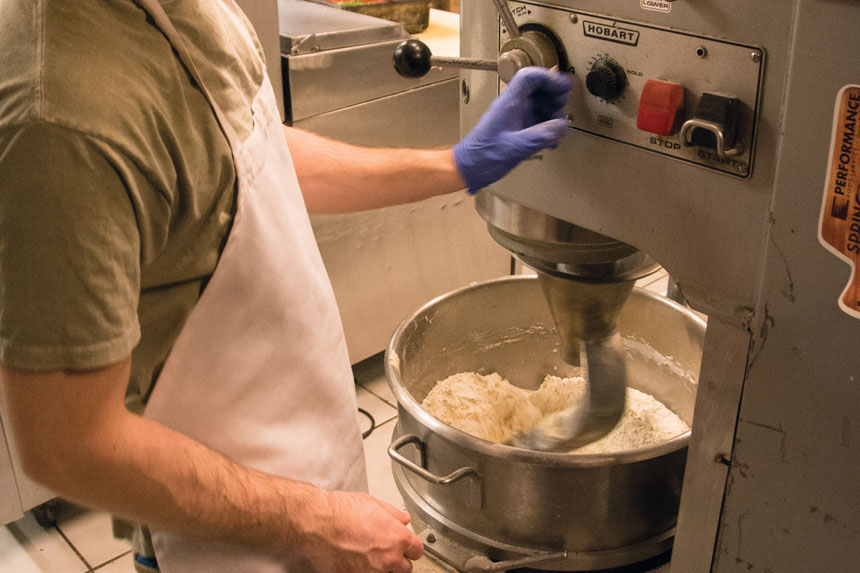 How oil, hydration and the mix impact your dough

The addition of oil is a very important aspect to achieving consistent dough performance. We all know that oil will float on top of water, right? So, if we add the oil and water together to our dough mix at the same time, the oil will only float to the top where it will come into direct contact with the flour. It will soak into the flour, thus rendering an unknown portion of the flour incapable of forming gluten during the mixing process. This, in turn, leads to inconsistencies in the way the dough feels and maybe performs later on.

A simple solution to this issue is to use the delayed oil addition method. In this mixing method the oil is withheld from the dough for about the first two minutes of mixing. This allows time for the flour to absorb the water. Once the flour has been hydrated the oil is added and incorporated into the dough while mixing in the normal manner.

Speaking of water, I’m often asked how much of it should be added to a dough formula. There is lots of talk lately of high-hydration dough, for example. My answer when I’m asked about water is “it depends.” The amount of dough absorption will vary with the properties of the flour being used, as well as the pizza style you’re making, for example. And, even to some extent it should vary based on the skillset of the person working with the dough.

For most pizza doughs, using a typical “pizza flour” with 12- to 14-percent protein content provides a good dough absorption with a hydration level in the 62- to 68-percent range. Those just getting started in the pizza business might find that dough made at the lower end of the range will be easier to work with. However, as your skillset increases and you become more proficient at handling and opening the dough balls into skins, you can improve upon your speed by making a slightly softer, more extensible dough by increasing the dough absorption a couple of percentage points. Just remember that there is no right or wrong dough absorption — it’s just whatever works best for you and gives you the finished pizza that you’re looking for.

Another question I commonly get, especially from industry newbies at International Pizza Expo, is this: How do you know when the dough is properly mixed?

Well, pizza dough is typically exposed to a significant amount of fermentation. So, when it comes to actual dough mixing time we only need to mix it just enough to achieve a smooth, dry skin or surface to the dough (which makes subsequent handling of the dough much easier than if it were to be given a shorter mixing time). During the fermentation process biochemical gluten development also takes place. This, in turn, more fully develops the gluten structure within the dough. The biochemical gluten development also results in less wear and tear on our mixer by reducing the necessary dough mixing time. Lastly, it also results in a more fully developed gluten structure that is soft and extensible without undue stickiness, all of which is so much appreciated when it comes time to begin opening those dough balls into pizza skins.