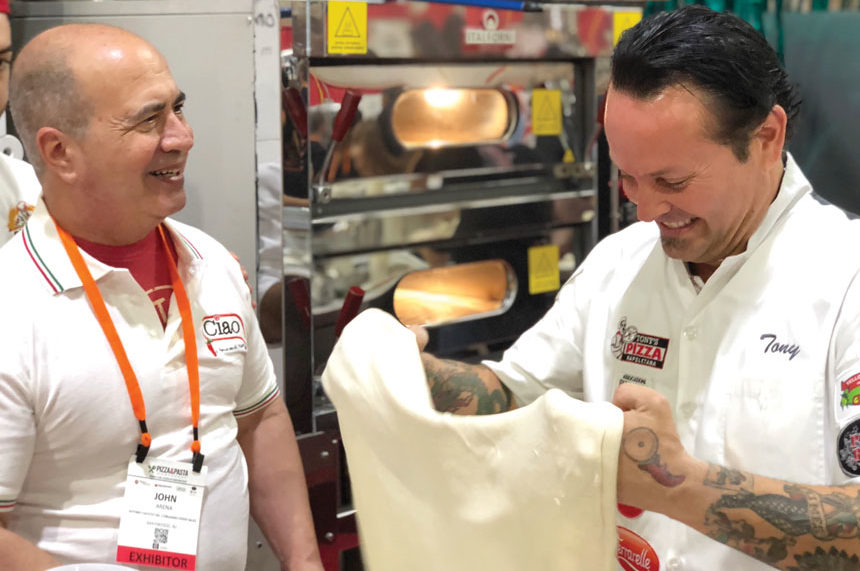 Mike’s Monthly Tip: Work with your Competition, Not Against

Mike’s Monthly Tip: Work with your Competition, Not Against

After getting back from Pizza Expo 2019 and seeing all walks of the industry working together and learning from one another, something stayed with me. The concept of having enemies in this business is a very antiquated notion. Working with your competition is significantly smarter than having enemies. Genuinely working with your competition has way more benefits than an antagonistic relationship. Whether it’s locally or nationally, knowing people in this industry and being on the same page about pushing it forward is just a smart move.

Now locally, you might not want another pizza place to open up across the street from you, and I get that. No one wants to split their market share. With that said, having businesses that fill in the gaps for one another and create a “Scene” or “District” is a very large win for your business. You want your location to be a part of a “Scene.”  That’s the way you move the needle. If you disagree, open in the middle of a desert and see how much business you get with the absence of competition. Being in with your competition means that when you have an issue with the city, or you just need to bounce off ideas, you have someone else in the game with you. Vendor pricing, regulations and even just having a resource that isn’t someone you pay are all reasons to get on board with this.

Another massive pro in having a good working relationship with other restaurant owners in your community is when you have to fire someone that you really don’t want to fire, they can now hire them, and vice versa. This increases your talent pool. I’ve been in the position multiple times where I had to let someone go because they did something that was just stupid enough, but I really didn’t want to let them go and in turn wanted to see them land on their feet. A good relationship with another restaurant owner allows me that opportunity.

Upon my arrival at Marine Corps OCS they gave us one book. It was Sun Tzu’s The Art of War. That’s a pretty hardcore book to be given on day one. It says, “Know they enemy, and know thyself.” I think we could take the word enemy and modify it to competition, and it makes more sense for today. After all, we’re not at war, this is cheese on bread we’re talking. Know thy competition means to know where they’re going. Know what you’re going for as well and not simply seeking to destroy them, but rather complement them and fill in the gaps they aren’t filling, so both of you survive and thrive.

If other businesses in your area are closing, that doesn’t typically bode well for your perception to the customer and the viability of your real estate and location.

If you’re just angry at the competition and want to blame them for anything that’s not going right with you, that’s misplaced hostility and should be dealt with in a more appropriate manner. Hating on other restaurants will not make your restaurant more successful. One hundred percent, absolute fact, you will never be more successful because of the negativity you spread about other restaurants. The only way to win is being the best, being proud of the product you put out and letting go from there.

MIKE BAUSCH is the owner of Andolini’s Pizzeria in Tulsa, Oklahoma. He is a frequent speaker at the International Pizza Expo family of tradeshows.