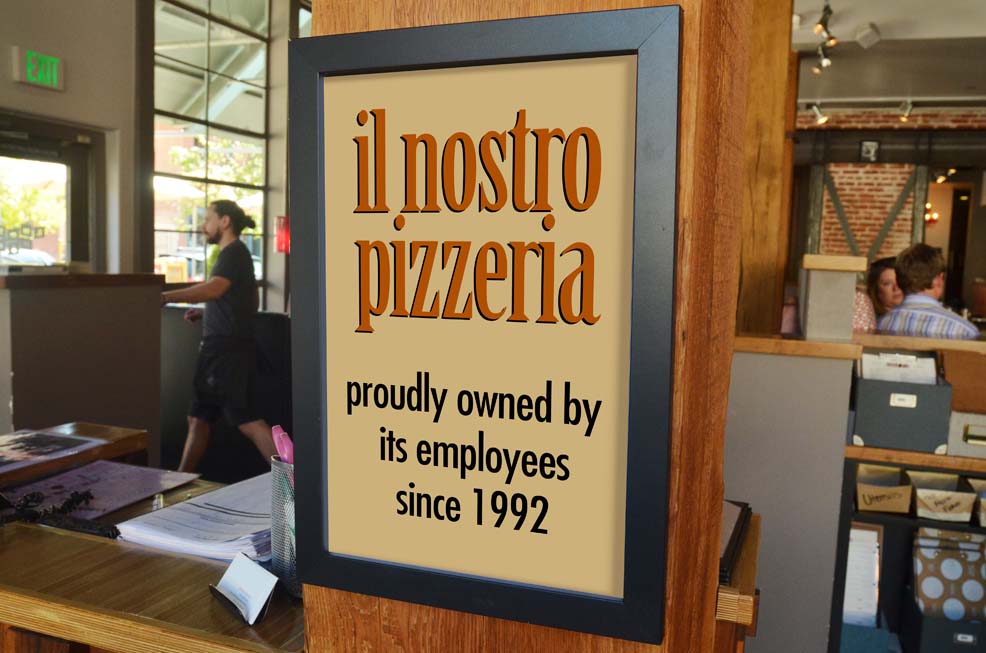 Operators want to reward their best workers, but there are only so many promotions an employee can earn. One way to keep key employees is to offer them ownership in the company. That can mean anything from shares of stock to franchise ownership. It’s a good way not only to reward employees, but to help make sure the company succeeds.

“There is a ton of evidence that an employee-owned company, as a rule, is more productive and more sustainable,” says Michael Keeling, president of the ESOP Association, the Washington, D.C.-based trade association for employee stock ownership programs. According to the Employee Ownership Foundation’s 23rd Annual Economic Performance Survey, which was conducted among ESOP Association members in the summer of 2014, 76 percent of respondents said the ESOP positively affected the overall productivity of the employee owners. Also, 70 percent of respondents said revenue increased in 2013, and 64 percent of respondents reported that profitability increased.

Keeling says there are several options for business owners to impart ownership of the company to employees. If the goal is to reward key employees, some operators offer a compensation plan that includes stock, so that the person owns a small percentage of the company. There is also the stock-option route, which Keeling notes was popular among technology companies in the 1990s. Over time a company’s share value goes up, and the stock option enables that executive or other key employee to purchase shares at the lower, old price.

If the goal is to instill an ownership culture company-wide, the operator can set up an ESOP. The employer sets up a trust, makes contributions to it and then allocates the contributions to different employee accounts. The program has to be available to all employees, and the company can set up different levels of allocation based on how long the person has worked there.

That’s one way Concord, California-based Round Table Pizza offers ownership to its employees. Round Table Pizza is a private, 100-percent employee-owned company, which means employees can participate in the ESOP after they have worked for the company for one year or 1,000 hours. “When they go into the program, each year there is a percentage of their compensation that they earn in stock, and that is put into a retirement account,” says Jim Robertson, vice president of human resources and franchise operations. “The people that own the most shares are the people that have been there the longest time.”

ESOP programs and other retirement programs such as 401(k) plans are similar because they are regulated by federal laws including the Employee Retirement Income Security Act of 1974, or ERISA. Robertson says the difference is the 401(k) typically invests funds in various companies, while an ESOP invests in one company.

Robertson says employee ownership has another benefit. “We enjoy exceptional employee retention,” he says. “A piece of that is due to pride of ownership versus pride of employment.”

Franchising is another way to own a piece of a pizza chain. Of Round Table Pizza’s 450 locations, 70 are corporate and the rest are franchises. Among those, 17 franchisees are former employees who own a total of 80 Round Table Pizza restaurants. Some own one location, either the one where they worked or one in another city where an opportunity arose. Others own several locations.

“We have rigorous qualification standards,” Robertson says. “We know these individuals. They are typically in manager roles or area manager roles, and we know their competencies. It’s the proverbial win-win situation.”

It might not be win-win for every situation. An operator should consider certain points before offering ownership to an employee, says Robert Zarco, founding partner of the law firm Zarco, Einhorn, Salkowski & Brito P.A. in Miami, Florida. For example, a franchisee who wants to give someone a percentage of the unit ownership should first check with their franchise agreement to see if the franchisor allows that.

An independent operator who wants to give a key employee part ownership should make sure the worker is not simply a reliable, hard-working pie-maker but also a person with business acumen. “You may be launching someone into a business venture they cannot afford if they do not have the financial wherewithal, or they do not have the background or personality or stamina or drive to operate it,” says Zarco, who represents franchisees in litigation. “There are a lot of issues that go into this.”

The operator and the would-be part owner should do some math. Say a manager is granted a five-percent ownership stake. If the business suffers a slow year, and the person figures out that they would have earned more money if they had remained a salaried employee, morale may suffer. Also, if trouble arises, it is more difficult to end an agreement with a part owner than it is to terminate an employee.

Not that Zarco is discouraging anyone from becoming a business owner. “I am totally in favor of entrepreneurship,” he says. “The reality is the most important element of keeping great employees is to treat them with complete respect and give them a tremendous amount of autonomy.”

When Persona Pizzeria opened in Santa Barbara, California in 2013, the company was already thinking ahead — having many more locations nationwide, and keeping some early, key employees.

From the beginning, he says, Persona Pizzeria gave two key employees incentives such as bonuses and, over the next few years, the ability to earn fractional ownership of the company, based on meeting certain performance goals. “You have to map out that vision for the employee,” Cybulski says. “You can say, ‘You are a phenomenal GM but you need to get to this next level.’” The next level might be area manager of several states, and the employee could earn a percentage of the profits of those locations, for example.

The key, Cybulski says, is to plan this ahead of time. His advice: keep 20 percent of the ownership of the company in a trust. “Set that aside for future employees who want fractional ownership,” he says. “You are incentivizing these employees to stay with the company and grow.”