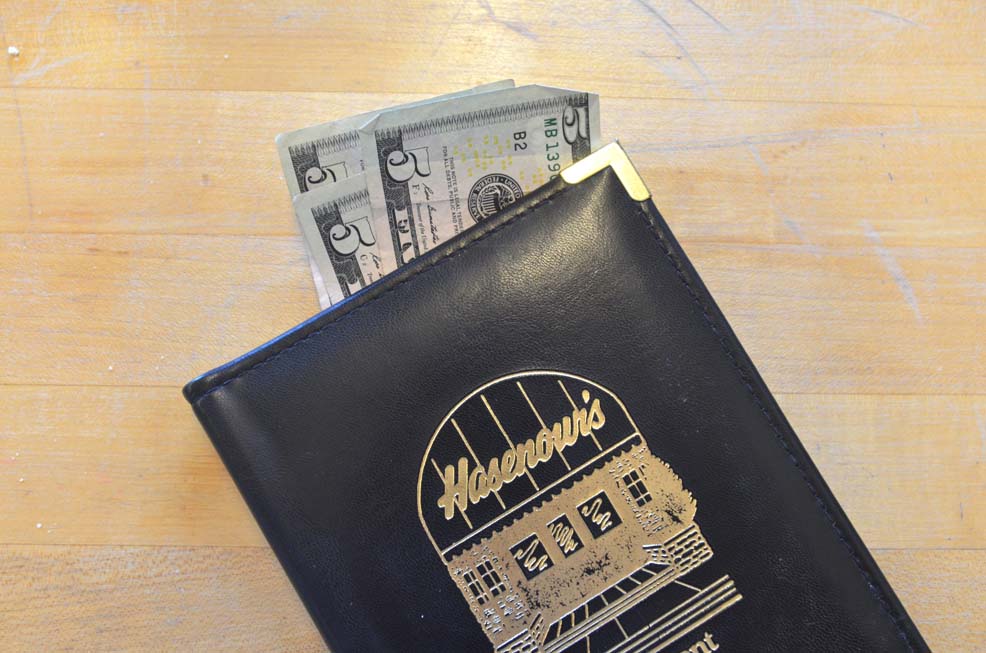 Is there still room for cash handling in a plastic world?

In today’s tech-charged payment society, cash may no longer be king, but the Washingtons, Lincolns and Jacksons haven’t exactly been overthrown, either.

According to a 2014 retail point-of-sale report from Javelin Strategy & Research, cash accounted for 20 percent ($788 billion) of POS transactions in 2013. Though Javelin expects that number to drop to 17 percent by 2019, cash transactions are still projected to exceed $700 billion.

“We’ve been hearing for years that we’re going to be a cashless society, but we’re not there yet,” says Ed Walsh, senior vice president of national accounts for Dunbar Armored, a leading armored car and cash logistics provider.

Pizzerias, long havens for cash transactions, remain so –– and not without good reason. A recent Federal Reserve study reported that the average value of cash transactions sat at $21, a sum that fits neatly into the sweet spot of a pizzeria’s average check.

At Russo’s New York Pizzeria, a Houston-based chain of more than 40 pizzerias, owner Anthony Russo says cash transactions account for 15 to 20 percent of his sales, a number in line with national figures.

Though accepting credit and debit cards has become a way of life at many of the nation’s pizzerias, cash transactions remain commonplace and how restaurants handle the currency they accept stands critical to a restaurant’s bottom line. A 2013 study by Tufts University found that U.S. businesses pay about $55 billion a year to manage currency, more than 70 percent of which is due to loss and theft –– or, as Walsh calls it, “unauthorized profit sharing.”

For operators like Russo, strict cash handling procedures cannot be overlooked. Operators must ensure that sales are recorded, cash is securely stored and deposits are accurately and safely made at the bank.

“We work too hard to be short” on cash, Russo says.

Giselle El Biri, senior manager at BDO USA, a national accounting firm that specializes in the restaurant industry, urges restaurants to reconcile their sales on a daily basis. While a point-of-sale (POS) system might streamline this process, she says even most old-fashioned registers show cash transactions.

Russo’s restaurants, in fact, reconcile twice each day –– once after the lunch rush and a second time at closing –– to minimize error and increase accountability. In addition, each cash drawer is assigned to a specific person, which limits the hands touching cash and heightens accountability.

El Biri also suggests restaurants undergo a monthly bank reconciliation to ensure that deposits match daily sales. She further recommends that the person making the deposits and accounting for cash on a daily basis should not be the same person doing the monthly reconciliation.

“This is part of having a comprehensive check-and-balance system that ensures all cash makes it into the bank,” El Biri says, who also suggests that the manager closing at night should not be the same one opening the next day.

“When you’re disciplined and consistent, cash handling errors will be less prevalent,” she says.

El Biri favors daily cash deposits at the bank, which minimizes cash on hand and puts cash where it belongs.

That’s the philosophy at Russo’s, where a store manager makes bank drops each morning. The morning drops, Russo says, allows managers to get a deposit receipt and also minimizes the risk of carrying cash at nighttime. The bank receipt is then sent to corporate, which verifies that the amount deposited matches the previous night’s closeout statement. Managers then attach the deposit slip to the day’s closeout statement before storing that paperwork on site.

“All our documentation is then handy should we ever need it,” Russo says.

Also, since most restaurants keep about $500 cash on hand, a figure that might rise to $2,500 depending on the size and scope of the operation, it is wise to have a safe on the premises to safeguard cash.

Eateries are increasingly turning to validating safes, a new-wave option that functions like a reverse ATM. Validators placed on top of the safe verify and store the incoming currency. This technology reduces deposit prep time, enables communication between the restaurant and its bank, validates against counterfeits and reduces in-store cash exposure.

Finally, El Biri says a pizzeria owner sets the tone for his or her establishment when it comes to cash handling procedures. If owners expect staff to follow established cash handling policies, then they must do the same themselves.

“This should not be a do-as-I-say, not-as-do environment,” El Biri says. “If it is, then employees will feel they can have a piece of the pie, too.”

The owner’s adherence to set standards should also extend to filing all necessary documentation with government agencies, namely the Internal Revenue Service.

“Don’t be late on payroll taxes or sales taxes because that’s the type of action that will draw scrutiny to your business,” El Biri says.

Beyond credit and debit, cash continues welcoming new competitors into the ring, including solutions from tech heavyweights like Google and Apple.

Other players in the digital payment world include Square, Coin and Venmo as well as restaurant-specific offerings Cover and TabbedOut, mobile payment apps that allow diners to pay and leave a tip at participating restaurants sans the back and forth with wait staff.

According to a recent Javelin Strategy & Research report, smartphone-directed transactions are expected to jump to $53 billion by 2019, pushing payments to the background, shining a spotlight on the retail experience and providing consumers the convenience and speed of non-cash transactions.