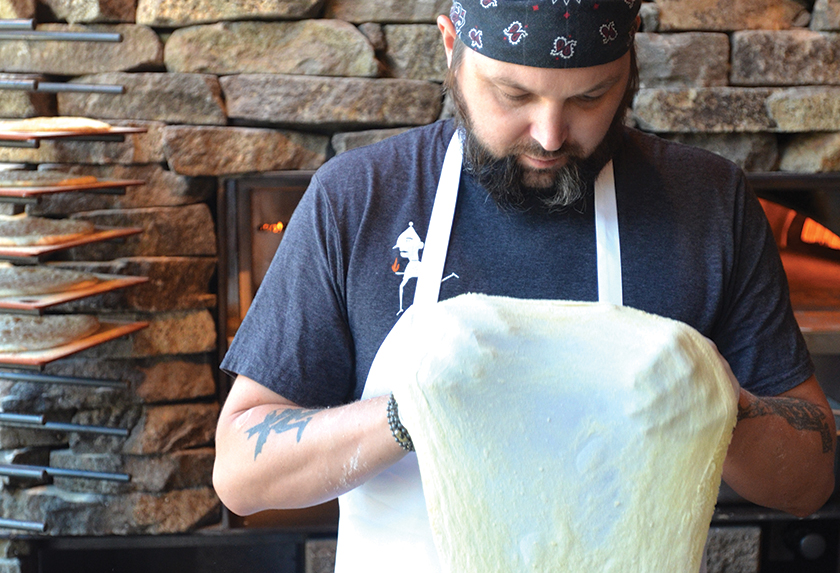 The pandemic changed the way operators attract and hire employees

Finding talent has always been a challenge, and the COVID-19 crisis made the task even tougher. Pizzeria owners say the process of attracting, hiring and onboarding workers has changed, and some new procedures will remain in practice in 2021.

According to the U.S. Bureau of Labor Statistics, there were 2.1 million fewer jobs in food services and drinking places in October 2020 than in February 2020. Although there are many laid-off restaurant workers, operators are having trouble filling positions in the current job market.

“It has been extremely difficult hiring team members since the pandemic,” says Kim Bui, director of human resources for Rancho Cordova, California-based Pizza Guys. “Some of the challenges stem from people still hesitant to rejoin the workforce due to the pandemic, people not wanting to work in the restaurant business because they feel it is unstable, and competition from other restaurants that are also hiring.”

To find talent, Pizza Guys has turned to Facebook, Instagram, Nextdoor and Indeed. The brand also posts hiring messages on its digital menus and on its website. “In the past, we barely posted hiring ads on social media,” Bui says. “Now, they are one of the main sources we use to let candidates know we are hiring.” There are also box toppers, and current team members can earn bonuses for referring friends and family.

Others say the pool of applicants is expanding. “Prior to the pandemic, Austin was a very competitive restaurant market when it came to hiring, with lots of new restaurant development leading to an incredibly tight labor market,” says Steven Dilley, owner and founder of the two-location Bufalina in Austin, Texas. “That has changed, at least temporarily.”

Bufalina is finding applicants through word of mouth, recommendations of current employees, and by checking their email inbox. “We’ve received more unsolicited resumes in the past couple months than we usually receive in a year,” Dilley says.

Employers are also relying on digital communications for interviews. Cincinnati-based Dewey’s Pizza is meeting applicants via phone calls and video chats. “We always put a premium on meeting someone face to face for that interaction,” says Joe Schlotman, director of organizational development. “But now there is also this recognition of safety and respecting space.”

Video meetings enable Dewey’s Pizza to connect with an applicant sooner than in-person, and allow management to experience the candidate’s tone of voice, body language and eye contact. The next round of interviews takes place at one of the restaurants. “There are less people in the building but there is always a manager and a team member,” Schlotman says. By having a team member participate in the assessment, the worker plays a role in hiring a coworker, and feels accountable during training. Also, it helps free up managers to handle COVID-19 related operational changes.

Zoom interviews are an option at Pizza Guys too. “Although it may not be as personable as an in-person interview, the candidate feels safer and more comfortable having the option to interview virtually,” Bui says

Joe Sitzmann, owner and president of P’s Pizza House, says he relies on social media to recruit workers, but some applicants fail to show up for the interview. Others are hired but do not come in for their first day on the job. “It’s almost comical,” says Sitzmann, whose two locations of P’s Pizza House are in Le Mars, Iowa and Dakota Dunes, South Dakota. “It doesn’t seem to be an exclusive issue. I talked to others in hospitality.” One theory is that laid off workers who are collecting unemployment benefits are applying for restaurant jobs merely to satisfy the requirement that they continue to seek employment.

Another factor that makes this job market challenging is that as states have limited capacity, or as customers in general have decided not to dine out, his staffing levels have varied. “I can say we are fully staffed, because we have less revenue,” Sitzmann says.

Chris Ernest, director of operations for Nina & Rafi in Atlanta, has also seen people fail to appear for interviews. “For every 10 interviews you have two people that show up,” he says. “You talk to them, communicate, set up an appointment time and they don’t show. Are they finding a better opportunity? That’s what we need to look at.”

Onboarding has also changed. Ernest says with the pandemic, keeping the restaurant clean and safe has become a large part of ongoing training. “We talk about sanitation every day,” he says. “We talk about wearing gloves, wearing a mask that covers the nose and mouth. It’s just a constant reminder, and we’re doing it numerous times throughout the day.”

The job descriptions have changed too. As more orders shift to takeout or delivery, Nina and Rafi added staff for Thursdays, Fridays and Saturdays. “We have someone triple checking orders because 25 percent of orders are for takeout and delivery,” Ernest says.

The pandemic forced Dewey’s Pizza to streamline its onboarding process. Before, a manager and trainee would sit at a table and go through the curriculum with a high level of detail. Today the meetings are shorter, and the training materials have fewer pages. “We leaned into what is the result and what is the behavior that leads to the result,” Schlotman says. “You can do that at a safe distance.”

The video calls, team members participating in assessments, and streamlined onboarding will probably continue post pandemic. “We’re getting to speak to more interested applicants and we’re getting to them quickly,” Schlotman says. “Those are solid adds.”

Pizza Guys will continue to conduct virtual interviews post pandemic. “In addition to virtual interviews, onboarding will be electronic post pandemic,” Bui says. “Employers will have to develop a system to allow employees to complete and sign documents electronically, and incorporate some training virtually.” Another difference, Bui says, is the company mentions its safety enhancements and flexible schedules in its messaging, as these are topics that are important to potential team members.

Still, operators cannot predict the larger issue. “Fingers crossed that most of these places can pull through the pandemic,” says Dilley, from Bufalina. “I’d rather operate in the midst of a thriving dining scene than have easier access to new hires.”