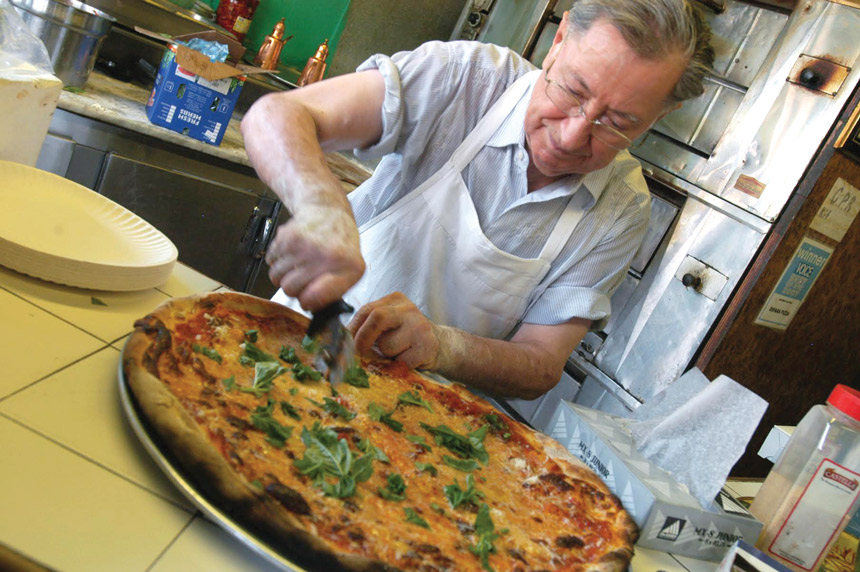 Man on the Street: Culture Vultures

Man on the Street: Culture Vultures

I know I’m supposed to write about pizza, but I can’t stop thinking about burritos. As I write this, the food world is in an uproar over a controversial pop-up eatery in Portland, Oregon. A pair of friends discovered incredible handmade tortillas while on vacation in Mexico and decided to launch a business back home using techniques they picked up.

Local Portland press initially treated the restaurant favorably but some quotes from the two proprietors about picking the brains of the tortilla makers and studying their methods by peaking through kitchen windows led to harsh accusations of recipe theft and cultural appropriation. As much as I love a good burrito, this story makes me feel so relieved to live in a pizza bubble.

It’s hard to think of a food that has enjoyed the benefits of trans-cultural influence more than pizza. In a sense, this simple food was a foot in the door of acceptance for immigrants fresh off the boat in the early 20th century. It may have taken a few decades, but eventually this simple dish helped non-Italians take notice of a population that once seemed as foreign and frightening as the unfamiliar aroma of their food. Some of the biggest pizza companies in the country were started by people with Irish and German heritage, who invoked mustachioed men with strong accents to sell themselves as authentic. In hindsight, we now see those ads as over the top and offensive. But those images were helpful in creating a degree of familiarity that set the stage for the widespread cultural acceptance we now enjoy. Those stereotypical images have all but disappeared as they’re being replaced by the less definable image of the modern pizzaiolo.

As with any popular food, pizza has remained relevant because it absorbs influence from every culture with which it comes in contact. When a pizzeria in Sweden serves a pie with tuna, banana and curry, it is intended as an adaptation to local tastes rather than a proposed improvement on the Neapolitan original. In fact, pizza as we know it began as a culinary mash-up of bread from the Greeks, tomatoes from the New World, herbs from India and cheese from the Asian water buffalo. If cuisines were never allowed to mix across cultures, the world would be far less flavorful. If Keith Richards never heard the blues, the Rolling Stones wouldn’t exist.

It’s easy to understand how inspiration and theft can appear identical from a distance, but they are vastly different beasts. Thankfully, the pizza world has transitioned from “I could tell you, but I’d have to kill you” to “Please watch my YouTube video about making mozzarella.” The best pizzamakers I know are the ones writing books, teaching classes and helping others improve their own methods. Some of the worst pizza makers are the ones nervously guarding their secret recipes.

And even if someone covertly studies another chef’s techniques, it’s highly unlikely they’ll end up with the same results. Pizza dough and tortillas both require some serious manual interaction that can’t be absorbed with the eyes. Just because I’ve watched Dom Demarco make pizza dozens of times at Di Fara Pizza in Brooklyn, I doubt I’d be able to make an identical pie. Food that’s manipulated by hand is more than a jigsaw puzzle with one correct solution; it’s a pile of blocks with no instruction manual.