Man on the Street: What Your Customers Don’t Know

Man on the Street: What Your Customers Don’t Know 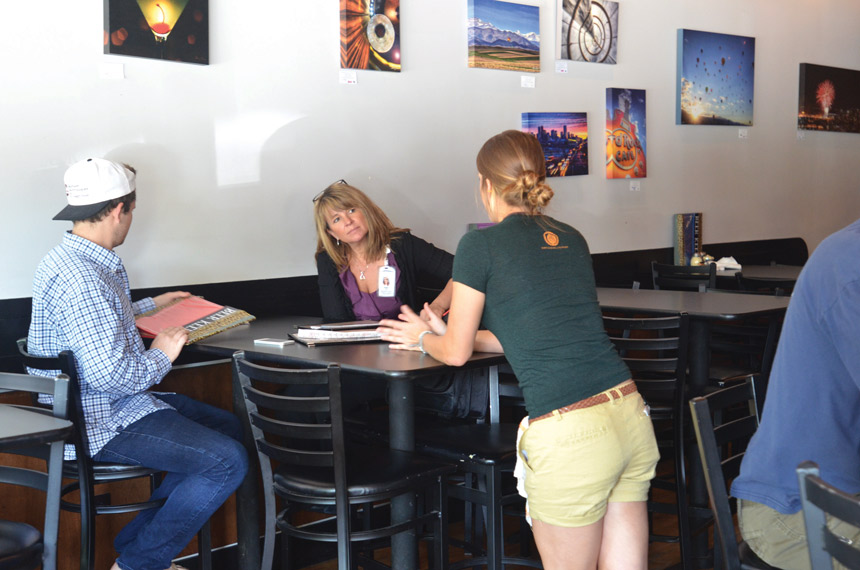 The first few minutes of a private pizza tour are crucial. I have but a brief window of time to earn the trust and confidence of my guests, who make me run a treacherous gauntlet of questions before bestowing upon me the credibility I had just finished earning on the previous tour. I get it; I’m not Italian and I’m not stout enough to be a real pizza expert, so I need to prove myself. They usually kick things off by testing my taste in pizza, asking what I think of this pizzeria and that pizzeria. I encounter my greatest challenge when the group inevitably introduces me to their exalted food expert. “I’m a foodie.” The words send a shiver down my spine and I respond as kindly as possible, “Oh, that’s great!” But as the conversation unravels, I find that I’m talking to someone who doesn’t know the difference between boiling and braising.

We’re at an amazing moment in food history where chefs are rock stars. We have TV shows about food on major networks, famous YouTube celebs who make six figures showing off cooking hacks, Instagram accounts dedicated to food, and even a growing section in the bookstore called Food Writing. With this explosion of interest in food and cooking, you’d think culinary literacy was common practice, but if my archetypical foodie tour guest is any indication, your pizzeria might have an invisible bottleneck on its hands.

You and I know that mozzarella di bufala is made from the milk of the Asian water buffalo, but most people draw a blank when asked about the cheese’s origins. I meet people every day who honestly think it’s from Buffalo, New York, or assume it will taste like a chicken wing. They often get squeamish when I tell them the milk isn’t from a cow. I have to pull out a photo of water buffalo before they believe me. People know that mozzarella di bufala is not the shredded stuff, but they probably don’t know why it’s more expensive than the usual pizza cheese or why it’s worthy of being its own appetizer.

Cured meats are another blank spot on many mental maps. If your menu lists soppressata, speck, guanciale, pancetta and bresaola, it’s likely some of your customers have no idea what those words mean. I can’t blame them. Just the other day, I was in a Mediterranean restaurant and none of the 10 people at our table recognized an ingredient listed in several of the dishes. Of course our server asked if we had any questions about the menu, but we were all too embarrassed to speak up. We just didn’t order it.

With so many new pizzerias opting for classy Italian ingredients, it’s absolutely necessary to provide some level of education and explanation. The trick is to provide explanation without making them feel like they’re in school. Servers can be incredibly effective by verbally explaining some highlights using more familiar foods to draw parallels. Speck is Italian bacon; soppressata is fancy pepperoni; bresaola is sturdy roast beef — you get the idea.

When I first bought my car over a decade ago, I’d take it in for a repair and leave unconcerned with whatever tinkering it took to get her running again. Then I met a mechanic who explained what was wrong with my engine before starting work. He must have noticed that I didn’t know the difference between an alternator and a carburetor. Now his is the only shop I trust.