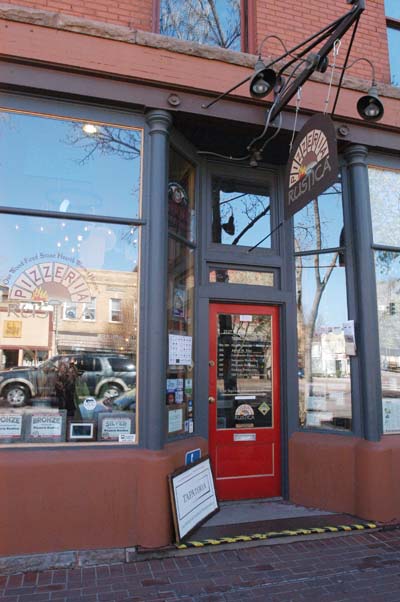 How pizzerias are finding free money to boost the bottom line

Brackett’s no scofflaw, though, but rather capitalizing on a Colorado state program that provides tax credits for small business owners developing in designated areas throughout the state. In Old Colorado City, the Centennial State’s former territorial capital where Brackett’s seven-year-old restaurant, Pizzeria Rustica, resides, Brackett’s work to provide jobs and improve his property has resulted in about $35,000 in tax credits since 2009.

“The credit against my Colorado state income tax has just rolled over year to year,” Brackett says.

In readying Pizzeria Rustica for its 2008 opening, Brackett invested $150,000 in constructing his pizzeria, a former gallery space. He estimates that roughly 70 percent of the build out work, including installing specific appliances and a grease trap, qualified for the enterprise zone tax credit he received. Initially unaware of the incentive, Brackett later refiled his taxes to capture the benefits.

“A lot of people don’t know these incentives exist, but there are enterprise zones all over the country and opportunities for pizzerias to save money,” Brackett says.

From tax abatements and municipal grants to incentives from utilities for energy-efficient operations or design, there’s free money in the marketplace pizzeria owners can access to improve their financial standing and their shop’s bottom line.

Such opportunities are always on the mind of Atlanta restaurateur Keiran Neely.

When Neely purchased Pizzeria Vesuvius in Atlanta’s historic Edgewood District in 2012, he did so well aware of the city’s plans to reignite development along Edgewood Avenue, once one of the city’s most grand strips.

Buoyed by a $47 million check from the federal government, Invest Atlanta –– the city’s economic development arm –– set aside specific funds for local businesses to refresh the exterior of their properties, pledging to supply $2 for every $1 qualified businesses invested in exterior upgrades. Neely completed his application and sent in the $250 application fee.

“If the city is offering you a slice of the pie, then why not take it?” Neely says.

In early 2014, Invest Atlanta approved Pizzeria Vesuvius’ application and Neely entered the due diligence process. He provided Invest Atlanta a number of requested particulars, including architectural renderings and financial statements, and hopes to have final approval in hand sometime early this year. Thereafter, he will rejuvenate his shop’s façade with fresh paint, new windows and an awning.

“Our exterior is not run down, but there’s not much pizzazz to it,” Neely says. “This project will certainly help that.”

In addition to the facade upgrade funds, Neely also earns a tax break for being in an Atlanta Empowerment Zone. Specifically, for every new employee he hires, he receives a tax credit against that individual’s payroll taxes.

“Emerging areas often have funds set aside to drive improvement in economic development, so the incentives are there if you’re willing to do the work and take some of the risk,” says Neely, who also owns a barbeque restaurant and a gastropub in other developing Atlanta neighborhoods.

Mirroring other programs across the country, the State of New York also maintains a local real property tax abatement program that provides a 50-percent abatement on property improvements when the investment exceeds $10,000. The reduction decreases five percent each year over 10 years.

Four steps to securing incentives, grants and
other free money