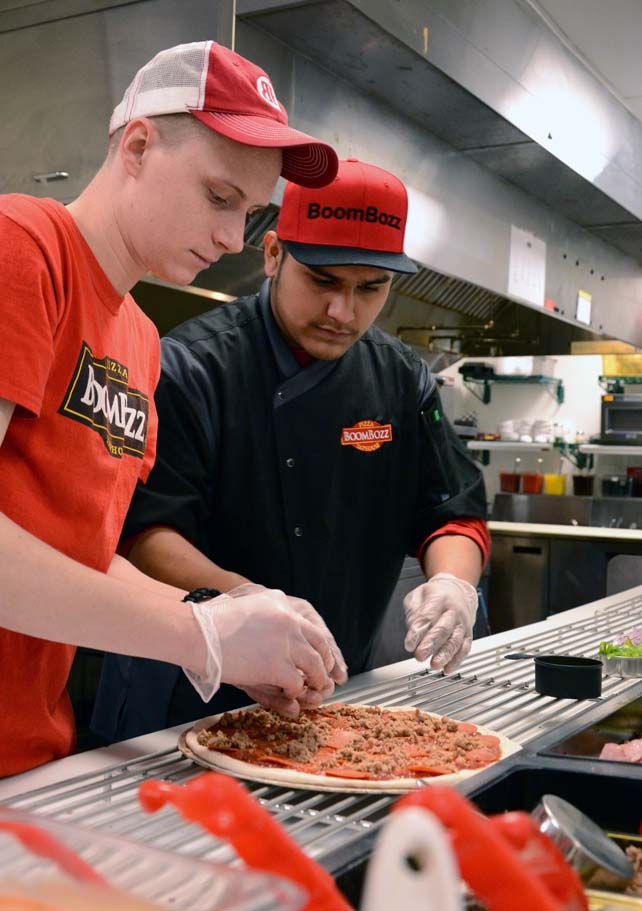 Since its founding in 1987, Orlando-based Flippers Pizzeria has grown into a 14-unit enterprise, operating nine of its own locations in addition to five franchised units. A key part of that growth, according to Flippers vice president of operations Ben Richardson: a management incentive program that encourages store-level ownership.

“Having management invested in the business has certainly been –– and continues to be –– important to our overall development as a company,” Richardson says.

Each month, Flippers’ ownership calculates each store’s net profit and 10 percent of that figure serves as the bonus’ starting point. Thereafter, ownership investigates each manager’s ability to hit a range of metrics, including profit-and-loss statement figures like labor and food costs, on-site evaluations and secret shopper results. If managers achieve all of the specific goals, then they earn the full 10 percent bonus; if they fall short on some objectives, then a slice of the bonus pie disappears.

“This incentive program puts our managers in position to take charge of their own compensation and motivates them to do well,” Richardson says.

For any pizzeria operation, but particularly so for those with more than one unit, good management is essential. Just as responsible, sturdy and smart managers can drive store performance, so, too, can dispirited managers weaken a company’s brand equity and bottom line.

As much as every restaurant owner would love intrinsically motivated management, external factors drive many in today’s workforce — and management incentive programs can be just the tool to spur management’s dedicated investment in store performance.

“When you have organization-wide goals that are addressed with incentives like profit sharing, it promotes a spirit that we’re all on the same team and share in the fruits of our labor,” says Kerry Chou, senior practice leader at WorldatWork, a nonprofit association for human resources management professionals.

But creating a successful management incentive program demands strategy and sincerity. Here are six steps to getting it right:

Before Phoenix-based Spinato’s Pizzeria rolled out its management incentive program three years ago, leadership collected feedback from managers throughout its five-unit system on how the program could be fair and beneficial for both sides. The company also got its accounting in line so each store maintained its own P&L.

Such preparation is key, Chou says, adding that ownership should perform some financial modeling to examine the prospective investment and returns of any incentive program.

According to Chou, incentive programs should align with the company’s goals and be focused on results. Are you working to control labor costs or reduce waste and spoilage? Are you looking to increase the check average or improve secret shopper scores?

“You don’t want to be giving cash just because,” Chou says. “Know why you’re offering the plan and where you need to move the needle.”

“But think baby steps,” she advises. “You can’t try to tackle 10 things all at once.”

To drive management buy-in and results, supply simply stated goals that are achievable and readily available for managers to review.

“This is what keeps the managers invested,” Flippers’ Richardson says. “They see our expectations in black and white, understand the targets and know what they need to do to earn that bonus.”

Chou calls this “providing a line of sight” and says plans should be quantifiable, consistent and objective.

“Managers should see that they have control over their incentive opportunity,” Chou says.

Set unachievable targets and employee morale can plummet. Set objectives too low, however, and the pizzeria’s overall financial performance can suffer.

“You want a plan that’s a win-win: employees benefit from their extra effort and the business captures the ROI it needs,” Chou says.

Fairness, meanwhile, includes amortizing costs such as capital expenses or repairs. A manager, for instance, shouldn’t be penalized if store profitability wanes because exterior signage needed to be replaced after a fierce thunderstorm.

New competitors arrive, trends develop and regulations occur. The world around the pizzeria evolves, and so, too, should a management incentive program.

Since first rolling out its incentive program three years ago, Spinato’s has undergone three updates. Currently, the biggest bonus piece is linked to reducing employee turnover, which has compelled managers to focus on creating a positive workplace culture. The initiative has dropped employee turnover from 112 percent to nearly 60 percent, Spinato reports, and improved store operations.

“You can’t think you have it all figured out,” Spinato says.

Even the most well-designed incentive programs hit hurdles.

To wit: in an early iteration of Spinato’s incentive plan, the company did not set a floor for labor costs. Some managers responded by running lean teams or ignoring staff raises. Those efforts increased the manager’s bonus pool, but also threatened employee morale and guest satisfaction. Spinato quickly addressed the flaw.

“Sometimes you just don’t see problems until a policy is in place,” Spinato says.

Why would I ever pay managers extra for doing their job?

In an industry notorious for employee turnover, Spinato told his father that an incentive program could help the five-unit pizzeria attract and keep top talent, particularly given the growing ubiquity of managerial bonus plans.

“Larger restaurant chains had such programs in place and we were competing with them for the same talent,” Spinato says. “We had to try and level the playing field.”

Beyond competitive balance, empowered –– and incentivized –– managers can help propel growth. Ben Richardson of Flippers Pizza says his concept has been able to open additional units, including three in 2016, precisely because the company has compelled store management to take greater ownership of their individual stores.
“Micromanaging simply isn’t scalable,” Richardson says.