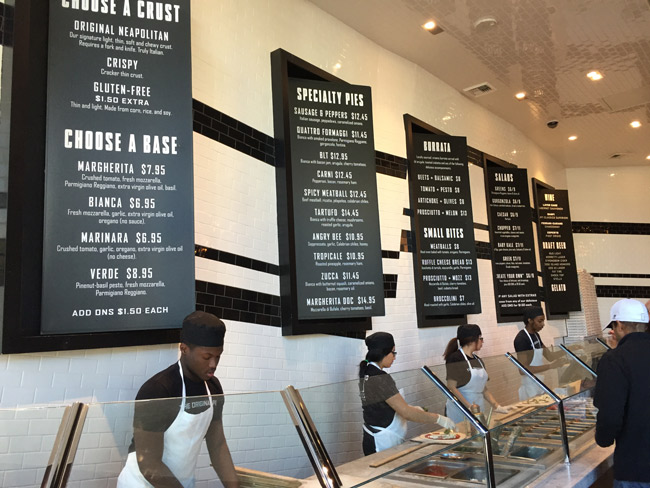 Are you ready to attract investors?

With already more than a dozen units in operation, Carron believes his California-based concept can become a big-time player in the ever-swelling fast-casual pizza space. To get there, though, Carron knew he needed a financial boost.

That capital injection came in June when Carron and Cleveland-based Murfey Ventures inked a deal that will help 800 Degrees build the operational infrastructure necessary to fuel growth in new markets.

“This came at a fortuitous time for us,” Carron admits.

Whether a pizzeria aims to become a national player like 800 Degrees or simply looks to open one or two additional units in a given market, capital is critical to secure real estate, outfit restaurants, hire staff and open new stores.

While some pizzeria owners will seek bank funding, particularly looking to score a rigorous SBA loan and its favorable terms, and others will tap into personal savings and credit, equity funding –– when a business owner trades a percentage of company ownership for cash –– remains a common practice in the restaurant industry.

For smaller operations, friends, relatives and business associates will often be the first target. While this route can be riddled with potential problems, including acrimony from a soured deal, deep personal ties can compel investment when other more traditional avenues prove too costly or complex.

Other equity investment partners include “angels,” such as well-heeled clients, customers or simply local entrepreneurs, as well as venture capitalists, a particularly relevant target for brands seeking large-scale growth.

The money raised can help a brand grow quickly, while also providing a collection of people eager to champion the pizzeria.

“With a vested interest in the restaurant’s success, these people want to talk it up,” Guilfoyle says.

Before digging into the equity investment well, however, Danny Bendas of California-based Synergy Restaurant Consultants urges restaurant owners to examine their needs.

“Carefully consider how much money you need and how much equity you are willing to give up,” Bendas says. “Otherwise, you could be leaving a lot on the table.”

When 800 Degrees was but an idea, Carron knocked on “every door (he) could think of” to secure funding.

“I talked to hundreds of people and had nothing more to show than a pretty business plan,” he says.

These days, however, Carron says it is easier to generate investment interest. Potential investors can see, taste and experience 800 Degrees firsthand, which Carron calls his most powerful tool to attract investors. In the five years since opening his first unit, in fact, Carron says every investment deal he has completed — or rejected, as the case might be — has come to him.

To wit: Murfey Ventures actually approached Carron about being a potential franchisee. During conversations, Carron mentioned that his company was in the early stages of exploring a fundraising effort to drive development. Murfey was intrigued and talks intensified to the point that Murfey became an investor.

“We never actually got to the point where we actively went out trying to raise capital,” Carron says.

At the root of Murfey’s investment, Carron points out, sits 800 Degrees’ determined push to be best in class.

“We had positioned ourselves as a strong concept with great food, great operations and a meaningful brand identity,” he says. “Ultimately, you get an investment by being good at what you do.”

Save few exceptions, investors — even the most seemingly institutional ones — are not nameless, soulless enterprises, Carron reminds, but rather real people putting their money behind companies they believe will succeed.

“You have to appeal to people,” Carron says, “and if you deliver quality food, service and economics, then the investor types will find you.”

While a pizzeria can attract a potential investor by delivering a fantastic meal and in-store experience, diligent investors will want to see a professional, credible operation before ever signing a check.

Ownership needs to show a fully developed business plan and financial documents showing a track record of success, including a current profit-and-loss statement, tax records and expenses ranging from food and beverage costs to labor and overhead.

“Investors are going to want to look over the details and these need to be buttoned up,” Guilfoyle says.

For the growth-minded concept, it is also critical that ownership presents a thoughtfully crafted development strategy as well as the intact systems that will allow both current and potential restaurants to run effectively. An operations manual with defined guidelines around employee training, food safety and marketing, for example, serves as a blueprint for additional units.

“The concept needs to be something executable and scalable,” Bendas says. “If it’s too complicated, then it’s tough to succeed.”

And above all, ownership needs to present a package that makes sense from an ROI standpoint.

“Try to look at the investment through the investor’s eyes and see that they’re getting a suitable return on their investment,” Bendas says.

The restaurant world is littered with equity investment deals gone bad. To land and maintain a healthy relationship with investors, avoid these common pitfalls:

Rejecting professional guidance. Restaurant consultant Danny Bendas suggests investment-seeking owners work with a seasoned financial professional like an accountant to determine the value of shares and deal parameters such as payback time and exit strategy.

Making no personal financial commitment. Investors want to see ownership have skin in the game. Risk is best when shared, not one-sided, Bendas reminds.

Thinking investors can wait. Culinary Institute of America associate professor Bill Guilfoyle suggests investors get paid first. “This is something investors will find reassuring and important to building trust,” he says.

Allowing investors to have an operational voice. The shareholder agreement should clearly state that restaurant ownership maintains full say in business operations. “You don’t want to have to rule by committee,” Bendas says.