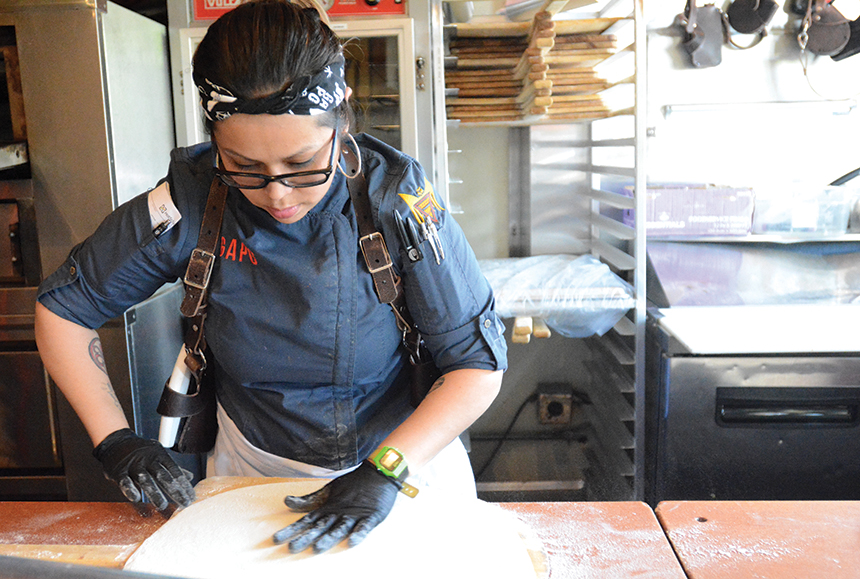 It exists — so what are you doing to make your workplace safe?

With all the attention bullying is getting these days, you’d think it would be easy for pizza restaurant operators to pick up on incidences of workplace bullying. But in fact, most bullying is very subtle, says conflict resolution specialist Tara Fishler, founder of Westchester, New York-based Customized Training Solutions. Consequently, bullies can often wreak their havoc unchecked; that is until the damage starts showing up in high turnover, absenteeism, declining morale and poor staff performance, she says.

Carmelo LaMotta, chef/owner of LaMotta’s Italian Restaurant & Pizzeria can attest to this. Located in Fort Myers, Florida, the family owned and operated restaurant has eight employees.

“We had a server who was a bit of a bully,” LaMotta recalls. “She was a nighttime closer, not even a manager, and she was having the staff do all the dirty work, tying them up while she waited on tables. We didn’t know anything about this because the new servers were afraid to complain.”

After several months, LaMotta noticed that some of his new staff was quitting. Others said they didn’t want to work with the server. He also discovered they didn’t seem to know the menu well. “They weren’t waiting tables but were instead kept busy folding napkins or cleaning bathrooms,” he explains. LaMotta investigated, confronted the bully and cut back her hours. Shortly thereafter, she quit.

Contributing to the issue of detection is that the bully’s targets are frequently reluctant to come forward out of fear of retaliation or looking like a complainer, explains Beverly Flaxington, principal of The Collaborative, a consulting firm based in Medfield, Massachusetts.
“The number-one reason is almost always a fear of losing their job,” she says. “This is why workplace bullying is so insidious. A person literally feels trapped. They feel abused and unhappy but may feel, for financial reasons, they don’t have other options. It’s especially hard to report bullying on a boss because the person may have to continue working for that individual.”

However, coming forward about bullying to those in a position to respond doesn’t necessarily assure action, Flaxington continues. In some cases, the bully’s behavior is minimized. Other times the person in charge might not know how to respond or may also be afraid of the bully. Companies may be concerned about the legal ramifications of admitting that bullying has taken place, or may be reluctant to lose a valuable employee. Consequently, says Flaxington, many times the desire not to confront the problem outweighs the desire to fix it.

But companies ignore bullying at their peril, says Kelly Kolb, an attorney with Buchanan Ingersoll Rooney. Kolb, who works out of his office in Fort Lauderdale, says bullying can pose particular dangers if the target is a member of a protected class, such as female, gay, older, person of color, or disabled.

“And many of these are the typical victims of bullying,” he says. “If the boss doesn’t respond, then the boss has a problem. Liability can arise from the fact that you know something is happening and you didn’t take action.”

Kolb says pizzeria operators should treat bullying as they would instances of sexual harassment, for example. “Take it seriously, investigate, interview people. Promise the victim there will be no retaliation, and then take appropriate action based on the outcome.”

He suggests employers “slightly tweak” their anti-discrimination and hostile workplace policies to include bullying, defining this as best they can. Flaxington advises developing a written “Code of Conduct,” or “Ground Rules,” outlining the appropriate workplace behavior.

LaMotta developed an employee handbook listing all the rules, regulations and duties, along with the grounds for being written up, which include bullying. He also installed a locked suggestion box —he has the only key — where employees can drop in notes about issues/concerns, along with ideas. The result has been greater harmony and productivity — “We’re like a family again,” he says.

Warding off bullying behavior requires creating an environment where employees can communicate and have conversations around their differences, says Fishler, since bullying often results from misunderstandings of cultural or personality differences or preferences. Fostering a sense of teamwork can also serve as a deterrent, she says.

This is the approach taken by Joey Bramwell, director of operations for Austin-based DoubleDave’s Pizzaworks. Staff “is taught to not only seek out ways to help their teammates, but to rotate difficult tasks so that no one shoulders any burdens alone,” says Bramwell, also owner of two DoubleDave’s franchises. “We also promote a positive-attitude environment in the kitchen while we work. If someone is disturbing that environment through any kind of negative behavior, we ask that they immediately correct their attitude or leave their shift.”

Bramwell says they train managers to stay aware of the task assignments daily to ensure even distribution of the workload. He also regularly checks in with individual crew members at his units about how they feel they’re being treated.

“Employees who feel bullied or picked on will not perform to their potential,” Bramwell says. “This creates a problem for the employee, the team that counts on their assistance, and ultimately the customer who visits our business.”

Pamela MIlls Senn is a freelance writer based in California. She specializes in business writing.