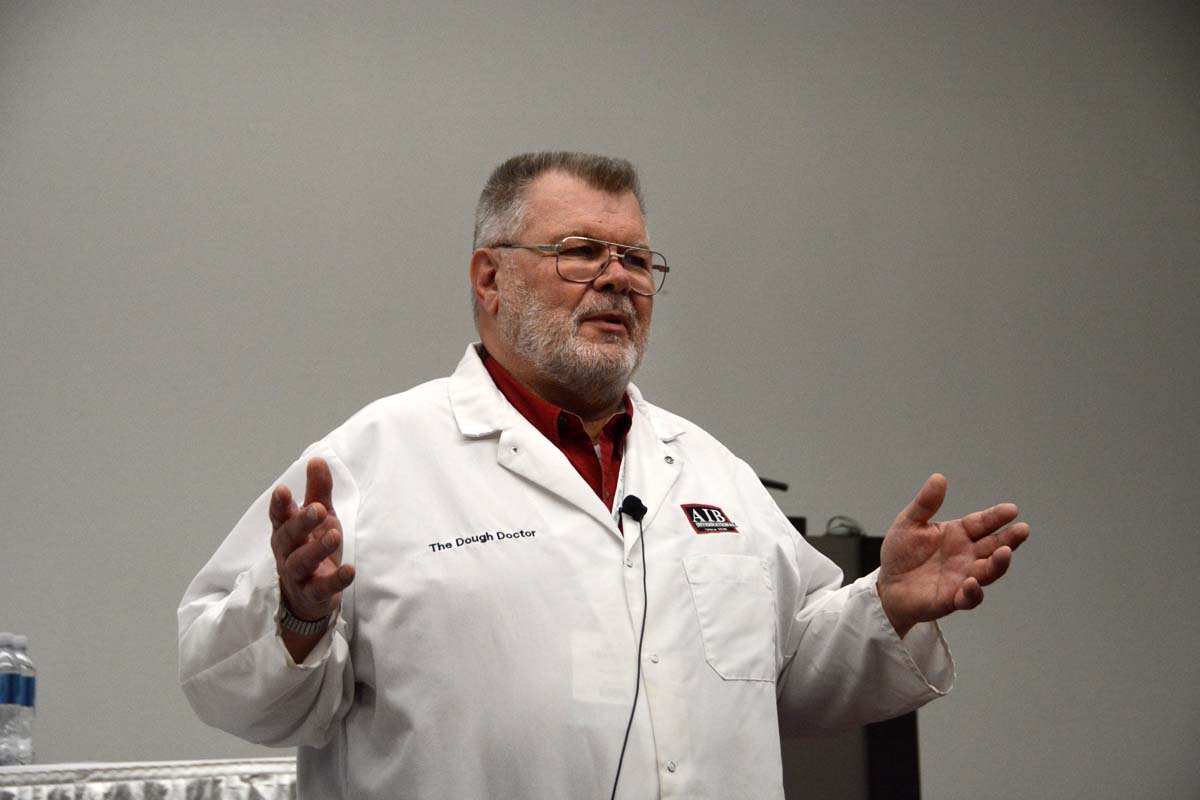 Commentary: One of a Kind, Tom Lehmann

Commentary: One of a Kind, Tom Lehmann

I started working for Pizza Today in September 2000. And one of my first assignments was to call Tom Lehmann — the Dough Doctor — and learn more about pizza dough. For some very odd reason that I never understood, back then Tom did not write his monthly column. Rather, he dictated it over the phone. So there I was furiously typing as fast as I could while Tom gave me, verbatim, the text of an article on mixing times, dough temperature, fermentation techniques or whatever that first article was about.

In between sentences, Tom’s meandering mind would lead the conversation down various unexplored avenues. He liked to talk. Where was I raised? What sports did I play growing up? He was an avid hunter, and he’d tell me about a snow blind he was excited about using on a trip somewhere (Alaska, if I recall correctly).

He’d share stories and anecdotes that were not necessarily germane to the task at hand, but that made the task at hand much more pleasant. We’d talk about different pizzerias across the country. “You need to see how Pizzeria X,Y,Z” handles its dough in a commissary, or “you’ll be amazed by how light and airy the finished crust is at Pizzeria X,Y,Z.” Sometimes the recommendations were clients he had directly worked with to develop consistent procedures; other times they were spots he’d curiously stumbled across in his travels.

I transcribed many Dough Doctor articles for him early on before I ended up moving into the magazine’s Editor-in-Chief role. When I did, I called Tom one day and said, “Hey, you think you could write the articles yourself from now on as opposed to dictating them over the phone?”

Tom Lehmann was former director at the American Institute of Baking in Manhattan, Kansas and Pizza Today’s resident dough expert.

He was a bit hesitant. Writing, after all, can be hard.

“Don’t worry about it,” I told him. “It’s not as difficult as you think. Just literally write down exactly what you planned to say to me on the phone and we’ll edit it and take it from there.”

And he did. That freed up considerable time for me to focus on other items throughout the day, but I found myself missing those calls. As I said, they weren’t always just about the art and science of pizza dough. They were an integral part of my pizza education. They also were great entertainment.

Many knew Tom for his sense of humor and his gift of gab. And also — mostly — for his willingness to share his considerable expertise with anyone and everyone who had questions about what they could do to make their pizza dough better. After his dough-related workshops at Pizza Expo in Las Vegas, he’d often stand outside the door of his seminar room and answer questions from attendees. Sometimes these impromptu Q&As would last two hours. But he wouldn’t walk away until everyone who wanted to had the
opportunity to ask their question and get it answered.

That’s who he was.

As I’m sure you know by now, the pizza industry lost a true legend when Tom passed away on December 12. Our January issue was already at the press, and February is a long time after the fact, but I just couldn’t let this issue go by without sharing how important Tom was not just to me, but to thousands of pizzeria owners coast to coast. You’d be hard-pressed to find an individual who aided more pizzerias along the path of success than Tom Lehmann.

So, here’s to you, Dough Doctor. May you rest in peace.