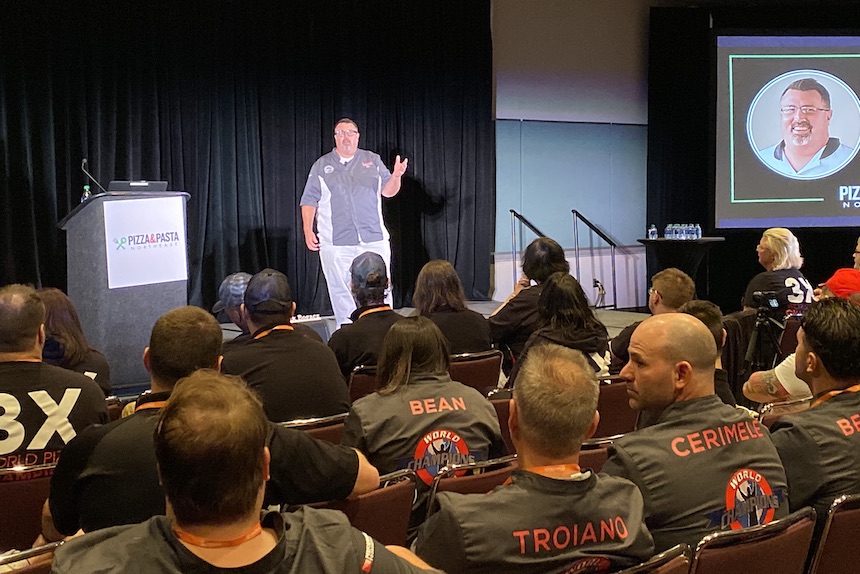 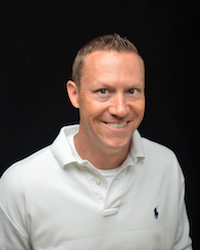 If you were at Pizza & Pasta Northeast in Atlantic City last month, then hopefully you attended the Day Two Keynote Address by Nick Bogacz. Nick owns Caliente Pizza & Draft House in Pittsburgh, and boy did he have a story to tell!

Nick has been through it all since he first entered the pizza industry as a delivery driver at age 16. His story was touching, emotional, heart-wrenching at times and redemptive at others. I admit I got a little teary eyed at one point.

Ultimately, though, Nick’s story is a tale of persistence, dedication, hard work and drive. He may have hit some bumps in the road, but he kept moving forward unwaveringly until he hit pay dirt. Now, as he says, he’s at the point where he opens new stores not for himself, but for his employees. He wants to make sure they have the same opportunities he originally sought — to be able to afford a mortgage and/or college tuition for their children.

It’s a noble goal. But it comes as no surprise that he places such high importance on these things as Nick is one of the most selfless personalities in the pizza industry.

During his speech, Nick brought up the names of others who helped him along the way. He mentioned Tony Gemignani, Scott Anthony and many, many more. As I heard him talk about their willingness to guide him with advice, I couldn’t help but thinking how well he was summarizing the entire Pizza Expo experience. Because that’s exactly what happens at International Pizza Expo in Las Vegas as well as Pizza & Pasta Northeast in Atlantic City. These shows represent a gathering of talent who are not only willing, but eager, to share their knowledges and experiences with their peers. There’s nothing else like it in the foodservice realm!

And that’s one of the many things that makes this industry so unique and special.

If you were at Pizza & Pasta Northeast in New Jersey last month, I’d love to hear your thoughts on ways we can make the show even better for you in 2020. Drop me a line! My e-mail is below my picture to the left.