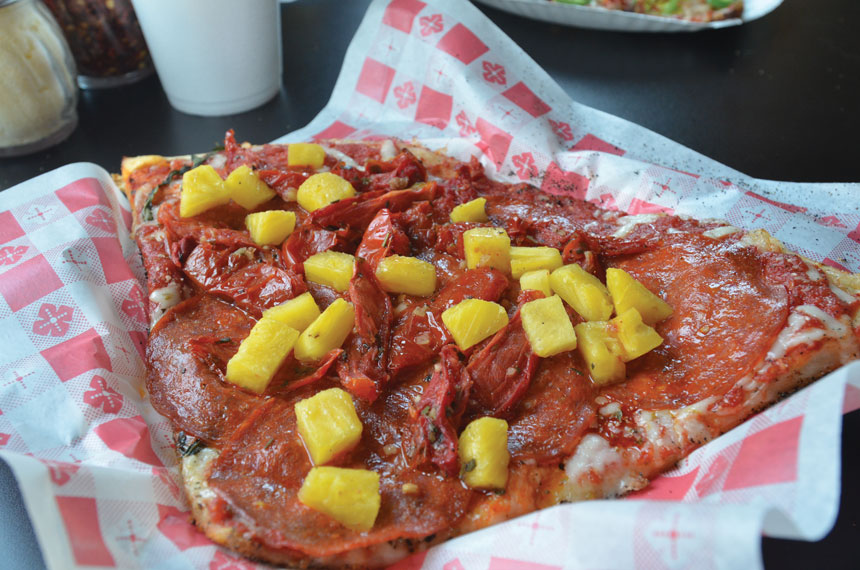 Man on the Street: “It Just Doesn’t Work”

Man on the Street: “It Just Doesn’t Work”

Something’s wrong. The pizza you thought would be the star of your menu isn’t selling. Did you price it wrong? Is it too weird? Does it just taste terrible? As an entrepreneur, you’re constantly throwing ideas against the wall. Sometimes they stick and sometimes they don’t. I’ve seen lots of pizzerias attempt greatness only to find that their genius doesn’t always translate to success in the restaurant.

Realizing that something doesn’t work is the first step towards fixing it. If you’re paying attention to your financials, a failing product shouldn’t come as a surprise. That’s not to say that everything you sell needs to be independently profitable, but a dish that doesn’t move or attract some kind of attention should set off a few alarms.

Once you know you’re in trouble, it’s time to figure out what’s causing the problem. Start by asking your customers. I’m shocked by the number of operators I meet who don’t ask their customers for input. Just be clear on whom you’re asking. The local school teacher whose class visits your pizzeria every November for a free pizza making lesson might not give you an honest answer. Ask the grumpy guy who orders a small cheese pie every Monday afternoon. Ask the kids who come in after school. Ask everybody. Just make sure you follow the hopefully logical next step: listen to what they say.

The customer isn’t always right, but they’re paying your bills — so they certainly get some say in your product. I’ve seen pizzerias pivot their entire concepts because their customers just didn’t understand the original product. The best businesses listen to their customers and adapt to their concerns. I make the mistake all the time with my business when I believe in my gut that something should work yet the feedback disagrees. My gut is not always right.

It can be easy to get swept up in the excitement of new equipment, new techniques, and new ingredients, but don’t be afraid to admit that something just doesn’t work. Maybe that new technique isn’t actually better than what you were already doing. A pizzeria in Manhattan recently started adding a handful of beautiful 24-month Parmigiano Reggiano to their pizzas after the bake. As the owner explained to me, he did it to de-emphasize the sweetness of his sauce. There’s a lot to unpack about that methodology but suffice it to say the move didn’t work. His brain told him it would work but that just wasn’t the reality of the situation. He must have tested it on more people because the next time I walked into the pizzeria, he told me he scrapped the idea. Being honest with yourself isn’t easy but it is necessary.

If you believe so strongly in a pizza that isn’t moving and think you can overcome all odds, it’s time for an all-out assault. Give out samples; feature it on your menu; send out press releases about this new exotic specialty. Post on social media about how it’s made and why you love it so much. If that doesn’t inspire the masses, at least you can sleep at night knowing you did everything you could. Scrap it, then move onto the next idea that’ll knock their socks off.