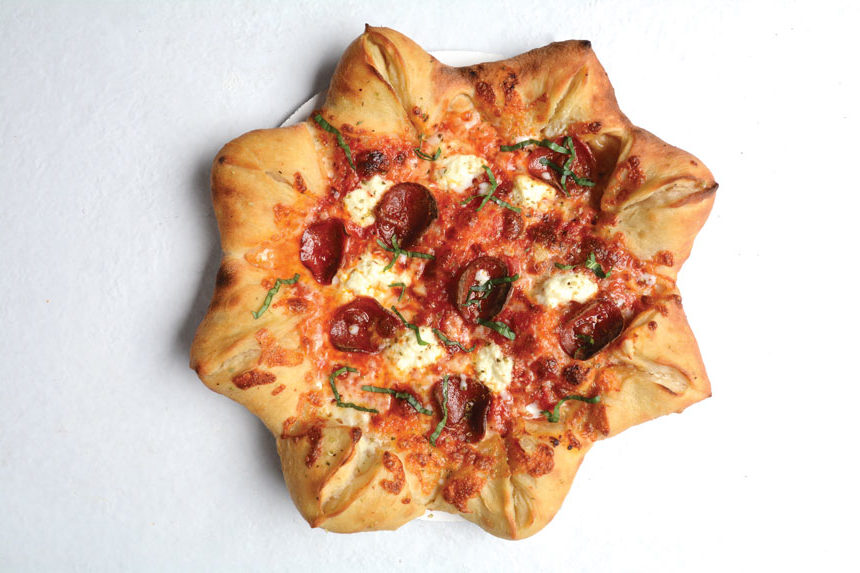 Stuffed Pizzas: The Stuff of Legends

Stuffed Pizzas: The Stuff of Legends

There’s more than one way to stuff a pizza

Stuffed-crust pizzas isn’t a new idea. Pizza Hut has been one-upping its stuffed-crust pizza since it debuted in 1995. The pizza chain has rolled out bacon and cheese, grilled cheese and pepperoni stuffed versions. But it was a hot dog stuffed crust pizza that nearly broke the Internet in 2012.

But the tradition stretches (pun intended) long before Pizza Hut put its stamp on the technique. Let’s look at three recipes with three different ways to stuff the crust.

A star-shaped pizza is a stunner. Just browse the #starpizza hashtag on Instagram. It’s a simple technique with a knockout presentation. The origin of this beauty traces to D’ Attilio’s alla Carnevale pizza in Naples, Italy. It’s been on the pizzeria’s menu since the 1940s. We tried our own version of the star pizza in the Pizza Today Test Kitchen.

Get The Pepperoni Star recipe.

This is a classic Chicago-style stuffed pizza from the late Pat Bruno. It’s not to be confused with Deep Dish. This is basically a double crust with toppings and cheese in between the layers and the sauce on top.

Placing cheese and other fillings near the edge of the crust and folding the dough over is the most common and maybe the simplest way to add a stuffed crusted pizza to your lineup. You can even get creative with the fillings.