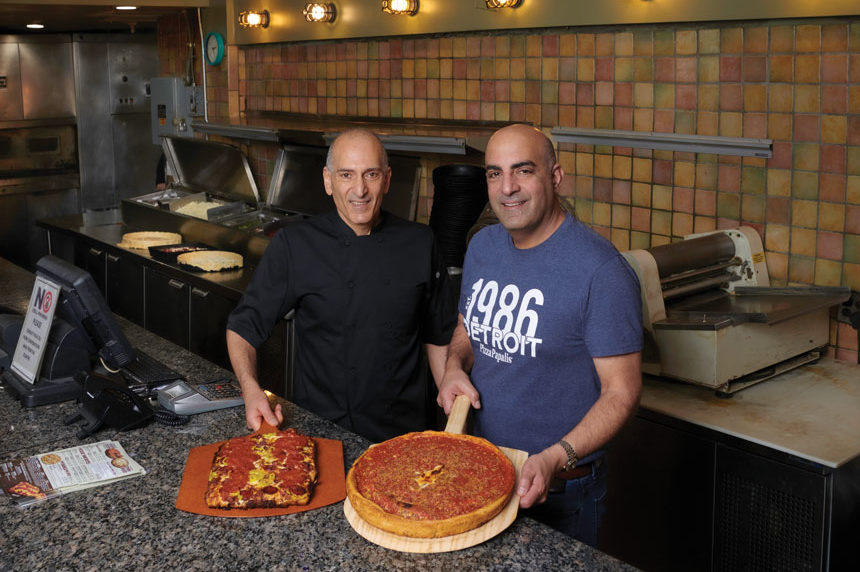 PizzaPapalis started in 1986 in an area of Detroit known as the Greektown District. The concept started with a road trip to Chicago to watch Michigan play Illinois and the Lions play the Bears on the same weekend. The last day in Chicago, we visited a popular Chicago pizza place and I got hooked and decided that my life was in the pizza business. After several visits to the Windy City, travels around the country, and, yes, learning about pizza through Pizza Today and various other resources, PizzaPapalis was born selling Chicago-style stuffed pizza.

My family was the reason the idea became a reality. Financial (we staked everything we had) and moral support allowed us to survive the very rough opening. And, by the end of the second year, we were on our feet and ready for the second location.

In 2009, we opened our first location outside the state in Ohio and tried the franchise route with two franchisees. The 2008 to 2010 years were challenging years because of the market crash and the Michigan crises with the automotive industry. So, we had some carnage, survived the conditions and decided to try a new venture in Ann Arbor selling a quick-serve Neo Neapolitan-style pizza. I purchased a test oven and placed it in one of our PizzaPapalis stores, enrolled in Tony G’s cooking school in San Francisco and learned the science of pizza-making.

We opened Neopapalis in 2012 and the pizza horizons were broadened with the use of toppings such as curry chicken, Shiitake mushrooms, Pesto and arugula. Neopapalis — in some ways — cleared the path to our new Detroit style because of the understanding of hydration, gluten and time in the dough making process.

To me Detroit style is a Sicilian pizza modified and originated in Detroit. My mother is the ultimate bread maker and our crust is somewhat similar to some of the bread she makes for us. The Detroit style we serve today is dedicated to her because without her PizzaPapalis does not exist. My brother and I owe everything to our dad and mom. They supported us and encouraged us when we were on the brink of collapse in the early days.

We named our newest addition Nanas Detroit Style as a tribute to her and sell the pizza for $19.86 — the year PizzaPapalis came to existence.

Good pizza and attention to details will allow any pizza operator in any market to survive, but you need to be yourself and carve out your own niche.