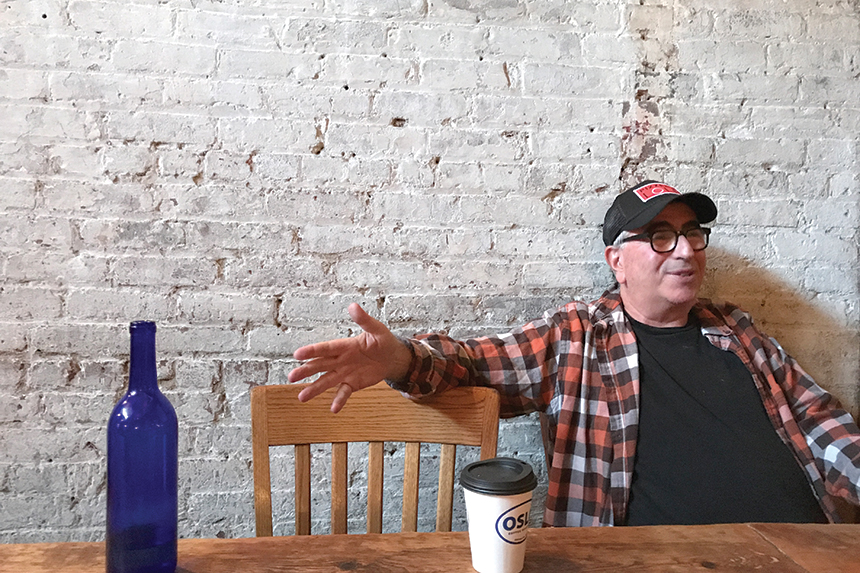 Paul Giannone chose a career as a corporate IT professional in the early ’80s that spanned nearly 30 years. As it turns out he wasn’t really wired up for that type of work.

The truth of the matter is he’s always been a pizza enthusiast at heart and has enjoyed entertaining and cooking for friends and family alike. In fact, they were the first ones to encouraged him to open a restaurant, which at the time seemed far too complicated to pursue. However, after much observation, thought and deliberation, he discovered that an artisanal pizzeria was a far simpler operation to run than a full-service restaurant. That realization allowed him to follow his passion to open up a pizzeria in the trendy Greenpoint section of Brooklyn.

His journey involved befriending all of the pizzeria owners and luminaries he admired and respected along the way, including but not limited to, Mathieu Palombino of Motorino, Mark Iocono of Lucali, Anthony Mangieri of Una Pizza Napoletana, Chris Bianco of Pizzeria Bianco, Tom and Stalin of Nomad, Chris Parachini of Roberta’s and Michael Ayoub of Fornino.

An important step in his business model was not to treat Paulie Gee’s as a business. He’s there six nights a week and still enjoys every minute of it, which he attributes to a welcoming dining experience for guests.

One thing that sets him apart from most restaurateurs is that he likes to recommend other pizzerias to his patrons. As a dedicated pizza aficionado, he loves to share his appreciation with others and can typically be found wearing a hat from another pizzeria he’s patronized. As a result, his guests often ask him why and he always points out that he doesn’t have competitors, just colleagues.

Paulie is expanding his restaurant footprint, as well as licensing other people to use his name and brand. At his point in his career, he wants to help aspiring pizza entrepreneurs reach their goals. Most importantly, he wants to continue to expand his network of friends in the pizza community and among his customers and followers.

It’s all about Pizza & Pasta, and it’s all for YOU!