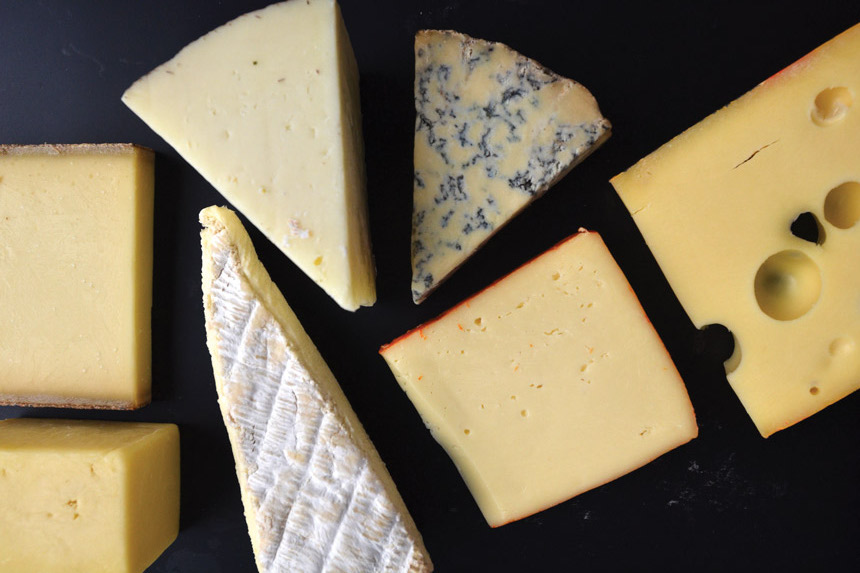 Cheese is life. Anyone who owns and operates a pizzeria knows this intuitively. For most of us in this great pizza country, cheese is on almost every pizza and is the most expensive of the holy trinity with its pals of crust and sauce. The moment cost, quality and usage is ignored, we are doomed to pay more, either in customer loss, inconsistent topping and just downright higher prices.

Years ago, I thought that aged mozzarella and provolone were at the low end of the cheese price spectrum, but they are not (especially when you factor in flavor intensity and pairing). That’s when I started to experiment with other cheese blends, using less of each but more diverse kinds on each pizza to achieve more flavor. I also learned how to manipulate other factors like textures, toppings and sauces with my cheeses in my menu mix.

I realized that by trying different cheeses and methods, I could not only mimic flavor profiles from around the world, but also turn my customers on to tastes they’ve never had. It also set me apart from those corporate nugs down the street. I now have a marketing gold-mine with local feta, Gruyère, Asiago, local goat Romano, manchego, fontina and even some wildly intense Oud Brugge (the aged gouda from Belgium) in my repertoire. As I began to push the limits on my cheese use, I found that some genius combos are initiated out of curiosity and price … while sometimes a cheese combination is based on necessity. This is exactly what happened to me last month.

I was invited by my friend and champion Bruno DiFabio to help him open a pizzeria in Amman, Jordan. Because it was destined to be the premier New York-style pizza place in the Middle East, we had to have ricotta on the menu. Unfortunately, ricotta was not only hard to find, but it was also tremendously expensive. After going to the store, we were surprised at the quality and diversity of the local sheep’s milk cheeses. They were delicious and cheap, so we bought a mild Palestinian sheep’s milk cheese called Nabulsi and ground it up with some heavy cream. The fresh taste was a perfect match for ricotta!

Here are some modern cheeses that are very popular with modern consumers. Important factors for cheeses are placement on the pizza, which ovens with and the temperature at which you are baking. For example, Brie cannot be run through the oven or it turns to butter and loses its… ‘Brie-ness.’ High-fat cheddar will burn in a conveyor oven, but not in a deck oven. Here are some cheeses I like to use:

Here are a few techniques in mixing sharp, grated cheeses into some great flavor and textural combinations.

Stilton-Tahini-Yogurt wing dip: This is an upscale wing dip and pairs brilliantly with celery. For an extra special treat, you can either pepper this dip with small dried blueberries or hot pepper flakes. A dollop of wing sauce on a scoop of this or a puddle of sweet blueberry puree underneath is delicious.

Just mix together ¾ cup yogurt, 1 cup crumbled Stilton, 1 tablespoons tahini and 2 tablespoons fresh lemon juice. You may have to use a mixer to break the Stilton up. Makes approximately 1½ cups.

Manchego cups: These beauties are crisp cups that can be filled with roasted red peppers, thick creamlike sauces or even small salads. They can be best made on large sheet pans with a salamander or convection pizza oven, but you can also achieve a crisp cup or disk in a deck oven. The secret is to never walk away from the oven because the cheese melts and burns fast! (Don’t worry if you burn the first few, you’ll get the hang of it.)

Set a large sheet pan filled with a large sheet of parchment on a table. Grate ½ pound of manchego fine and sprinkle approximately ½-ounce inside a 3-inch cookie cutter, making sure there are no large holes missing cheese. (Don’t worry if there are small holes. They will melt over.)

Once the cheese is down, pull the cutter up showing a light circle of cheese. Adjust as needed, remembering that a thinner coat of cheese makes for a crispy cup or cookie.

Place the sheet pan under 475 to 550 F heat and watch as the edges start to golden brown. When all the circles are just starting to brown around the edges, pull the tray and set on a table to cool somewhat.

Set small 2-ounce plastic dipping sauce cups nearby and take each round with your hand and push the center into the cup. If the cheese is too hot for your delicate hand, use a vinyl glove or two. The cheese will cool and set into a cup. (You can also use an egg carton, ladle or any cuplike mold to do this.)

Cool and store in a lexan with plastic wrap for up to 24 hours.

This is an iconic French sandwich meaning “Gentleman Crunch,” or a combination of “to bite” and “Mister.” If you’ve ever gone café hopping in France, you’ve eaten this wonderful sandwich of cheese, whole grain mustard, baked ham and béchamel on a buttered brioche crust using either Emmental or Gruyere. I’ve even used very thinly sliced North Carolina country ham for a “Croque Monsieur Y’all.”