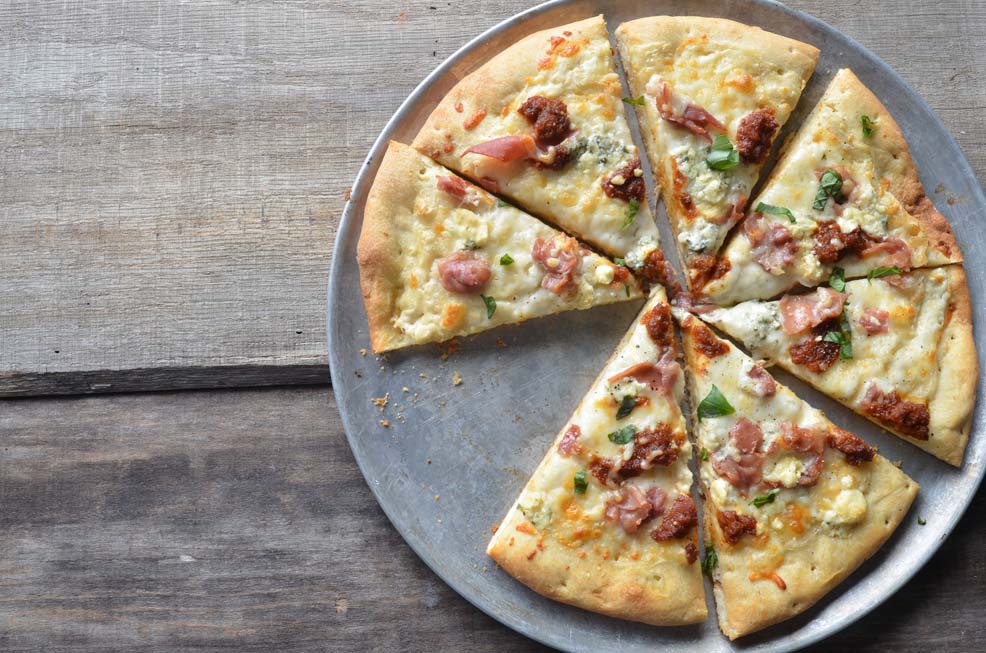 The most underrated and underused topping in every pizzeria is the onion. I feel very comfortable saying this because the flavor potential of this glorious root can be a bold, tear-jerking shout or a sublime succulent whisper. The onion is what the lead-off shortstop is to baseball: it shows up every game, gets on base without fail, helps the other, more heroic toppings shine … but is usually taken for granted. Most chefs and pizza owners never put the onion in a position to knock the ball out of the park but in any kitchen, flavor points are hard to come by without its use.

Supposedly, our western history points to Alexander the Great finding the onion in Egypt (where the Egyptians found it also). He brought it to Greece where it was given to the troops to “excite martial ardor.” These days, onions aren’t credited for such a thirst for killing but they continue to be boiled, sautéed, fried and smoked, stewed and roasted. Here are a few ways that history has presented this gem as pizza or pizza-variants:

For years, I’ve tried to manipulate the onion into interesting ways to “tweak” my customers’ experience. I’ve used leeks, scallions, cippolini, Vadalia, red, white, yellow and even wild onions in my menu mix. If you don’t have access to these wonderful food items, here are some experiments you can try with ordinary red and yellow onions.

This is a simple and easy accompaniment to top a pizza with and adds a special zing to any meaty or fatty pie.

Bring all ingredients (except cilantro) to a boil then immediately turn off the heat, cover and let steep until room temperature. Chop the cilantro fine and add to the mix.

This is wonderful to top on aged cheddar, feta and even gorgonzola pizzas. Cream sauce pizzas are great with this jam.

In a small lexan place very hot tap water on top of the raisins and let sit for thirty minutes to rehydrate. Drain all water when plump.

Cut the chipotle peppers up fine. Add the oil, onions, sugar and peppers to a pizza pan or tray and insert it in your 475 F pizza oven for 12 minutes tossing afterwards and returning for five more minutes until the onions are soft and starting to caramelize.

Add the balsamic and raisins when hot and let steep in the pan. This mix can be ground up using an immersion blender or blender or left chunky.  (For more heat, add more chipotle. For an added sweetness, use dried blueberries instead.)

To caramelize, char or sweat?  That is the question. Of the many treatments an onion gets, the three great flavors of sweet, bitter-char and creamy are there for the taking. Caramelization occurs when the sugars from the onion reduce into a thick dark liquid. Many chefs help this by adding Balsamic vinegar or sugars. Charred onions offer a deeper, meatier flavor profile like coffee, steak and nuts. When onions are offered a low temperature atmosphere to sweat and sweat some more, the oils don’t evaporate and the fibers cook away leaving a silky cream.

This recipe combines the umami deepness of charred onion with cream and a touch of fennel. For the dip, sour cream is used. If you want to make the sauce for pizza, you can use mascarpone cheese. Both rock the house! (Note: the roasted red peppers are mostly for color because the char makes this dip/sauce look horribly brown. The peppers morph it into a deep golden color!)

Place the onion rounds in a pizza pan that has been brushed with all the oil and turn over to coat sprinkle the fennel seed on the onion to toast and release flavor.

Place the onion pan either in your conveyor or deck oven at 475 F for eight minutes until the bottom of each round is charred, and turn over. Cook another four to six minutes to char the other side and place aside to cool.

When cool, add the cheese, sour cream, roasted red peppers, salt and pepper in a large container or blender and whip with an immersion blender until creamy.

If you use this for a sauce recipe, it is particularly good using the “Flammkuchen” recipe above. I call this the “Double Onion Pie.” Just use the onion sauce, your preferred cheese and then top with thinly sliced raw red onion and bacon.