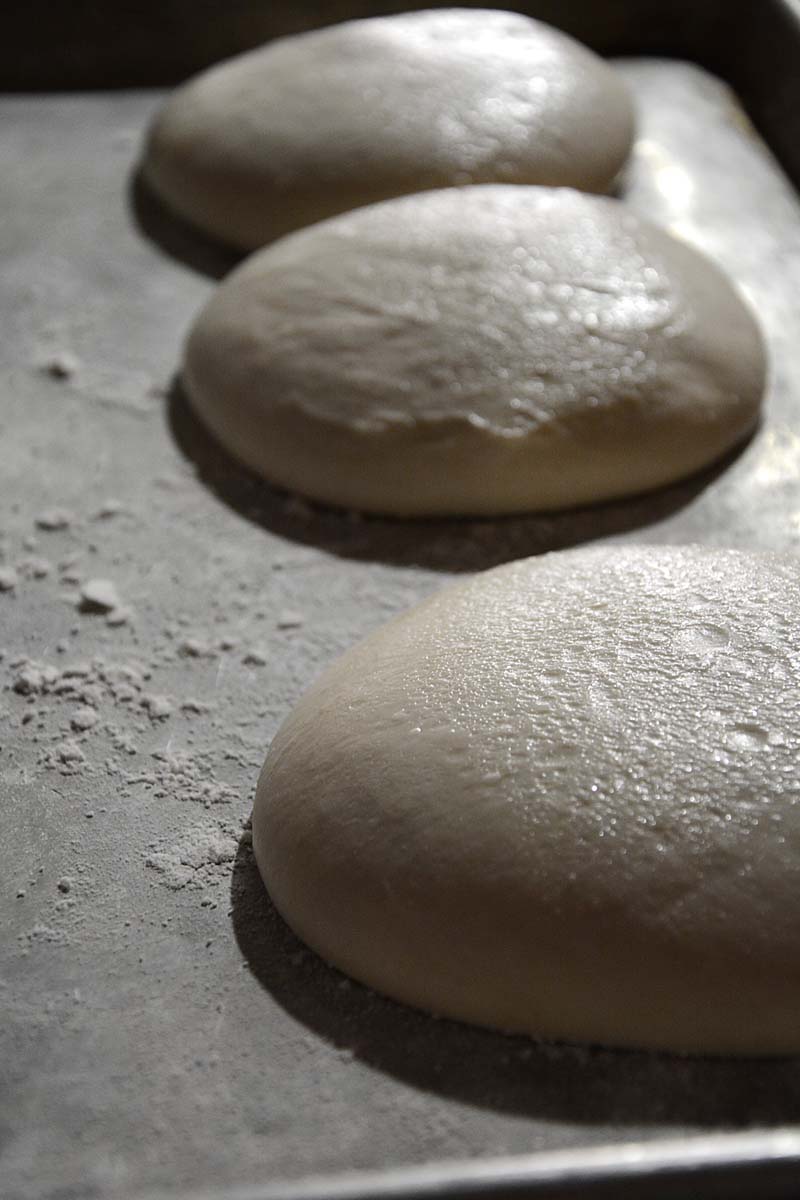 Q: What’s the difference between bromated and non-bromated flour?

: I have a unique type of mixer that I’ve never seen before. It has two arms that plunge into the dough and come together in the center of the bowl, then pull apart. My question is, can this type of mixer be used to make pizza dough?

A: These mixers were designed more specifically to mix pastry dough like sweet dough, Danish pastry dough and to a lesser degree, pie dough. The mixing action is intended to replicate hand mixing so it is very gentle on the dough.

A number of years ago I used several of these mixers to mix the sponges in a bun bakery in New Zealand. So, with that said, I see no reason why one couldn’t be used to mix pizza dough, too. A mixer like this is designed to make it difficult (if not impossible) to over-mix a dough, so it would most likely work very well in this application. However, the total mixing time will be a bit on the long side, similar to that encountered when mixing dough in a planetary at low speed. So expect mixing time to be in the 15- to 20-minute range. Unlike planetary mixers, mixers like this have a very low friction factor, meaning that it will not heat the dough up as much as a planetary mixer over the same period of time.

Q: We have an ongoing problem with our dough blowing after only 24 hours in the cooler. What can we do to get the dough to last at least 48 hours?

A: There are a couple of things that might be at play here. First, check your finished dough temperature immediately after mixing. It should be in the 80 F to 85 F range for a walk-in cooler or 70 F to 75 F for a reach-in cooler. Then take the dough directly to the bench for scaling and balling without any interim rest period. Get the entire dough cut, balled and into the cooler within 20 minutes of coming off of the mixer. Be sure to cross-stack the dough boxes to allow for efficient cooling of the dough.

For dough balls weighing up to 14 ounces, a cross-stack time of 2 hours seems to work well. For dough ball weights of 16 to 20 ounces, 3 hours works well. If your dough balls are over 20 ounces it is recommended that the dough boxes be allowed to remain cross stacked for 3½ to 4 hours before down stacking/covering the boxes.

One of the most common problems associated with blown dough is the development of a gum line in the finished crust/pizza. This is due to the common (but incorrect) response to correct the problem — reducing the yeast level to a sufficiently low level so the dough doesn’t blow. This results in such a low yeast level that the leavening cannot support the weight of the topping ingredients during the critical first few minutes of baking and the center of the pizza becoming very thin, allowing heat from the bottom of the oven to pass through the crust without baking or browning it sufficiently. That dreaded gum line appears along with a soft, limp bottom crust on the pizza. This is why simply reducing the yeast level to prevent the dough from blowing is seldom the right action to take.

Q: Does it matter if I use a wooden peel or a metal peel? Do you have a preference?

A: When it comes to prep, I prefer wood. That’s because it allows for better dough release. In other words, when you flour it and then slide the pizza off into the oven, you don’t have to worry about it sticking. Now, this is not to say that dough won’t stick to a wood peel. If you don’t flour it, the pizza skin can indeed stick.

I feel like the metal peel is best used as an oven tender. When it comes time to move the pizza around inside the oven as it bakes, metal seems to withstand the rigors of everyday use better.

Make sure you check with your municipality before making any purchases. In some locales metal peels are the only option. Some health inspectors feel that wooden peels cannot be properly and thoroughly sanitized. I’ve even seen a health inspector point to the worn edge of a wooden peel and say that it could splinter off into a pizza and pose a threat.