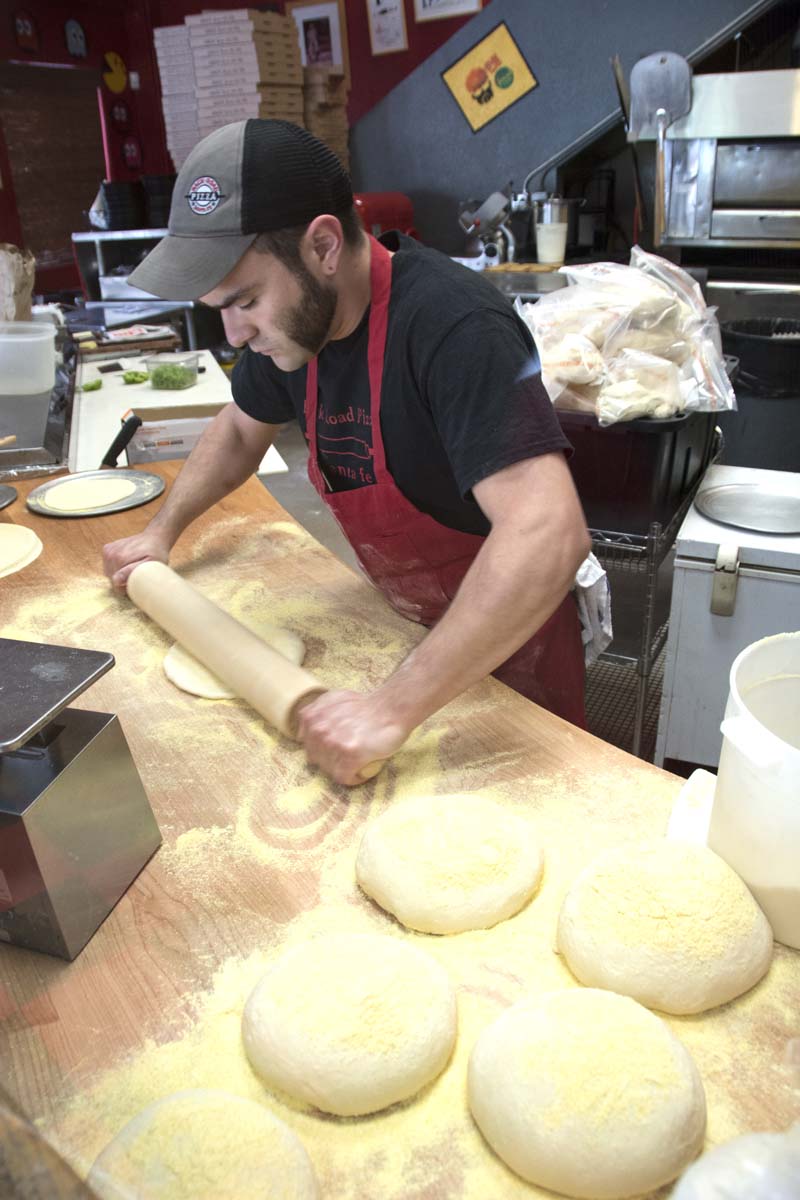 Dough Doctor: Roll with it

Dough Doctor: Roll with it

Q: What are your thoughts on rolling pins?

A: Some time ago I was in on a conversation between a number of individuals lamenting the cost of a dough roller for their shop. The discussion moved from single-pass to double-pass rollers, and then off on a tangent to dough presses, as if those cost less than a dough roller. My mind wandered back to the days when I did a lot of international traveling and worked with many small bakeries in developing countries where dough rollers, or sheeters as they are also known, were not a part of the equipment list nor were they usually even available or affordable.

So, what did these bakers do to open their dough balls into skins for various types of flat breads (first cousin to pizza skins)? Some used rolling pins, the type that Grandma used to have in her kitchen, and they had another type of rolling pin, what we today refer to as “pie pins,” too. While effective, the traditional rolling pins have an Achilles heel, and that is the axle rod running through the wood barrel securing handles on either side which are used to control the pin during use.

What commonly happens in use is that when a dough resists sheeting (reduction in thickness) the operator simply applies greater pressure to the handles, thus increasing the downward pressure on the barrel and hopefully forcing the dough to roll out. Since these operators were never instructed in the correct use of this type of rolling pin, the common way to grasp the handles was in the intuitive fingers wrapped over the top of the handle and thumb wrapped under the handle(s). While this method gave good purchase on the handles it also causes any downward pressure applied by the operator to be applied mostly to the outer ends of the handles, quickly resulting in bent handles (we call then “dog-eared” rolling pins) which diminishes operator control during use.

The preferred way to use this type of rolling pin is to grasp the handles with both the fingers and the thumb curled over the top of the handles. By grasping the pin in this manner, all downward pressure applied by the operator is applied immediately at the juncture of the barrel and handles, making it almost impossible to bend the handles regardless of how much pressure is applied. Additionally, this grasping method also keeps the thumbs from dragging across the dough, thus preventing snagging or tearing of the dough skin as it is being rolled out.

Another type of rolling pin was also in wide use, but unlike Grandma’s rolling pin, these didn’t have a central axel shaft or handles at the end. They were nothing more than a piece of round wood (like an oversized doll rod) about 18 inches long and about 2 to 2½ inches in diameter with a smooth surface. These “pie pins” as we now call them were simply placed on top of the dough piece and downward pressure was applied using the palms of the hands while moving the hands to and fro creating a rolling/sheeting motion. Even to this day, pie pins are perhaps the most effective way to manually roll or sheet dough. Best of all, the cost of either of these options is far less than the cost of any new or used commercial dough roller/sheeter. So, if you are just getting into pizza production and you feel that you need a dough roller, be aware that you might be able to start out using one of these time-tested manual dough rollers/sheeters until you have the necessary cash flow to buy a more automated version, or who knows? Maybe you will come to appreciate doing things the old-fashioned way while showing off your rolling pin skills to customers waiting for pizzas to come out of the oven.

Q: My dough is sticky and doesn’t easily come out of the mixing bowl. Any tips?

A: On one of my recent trips out to a pizzeria I observed how the mixer operator was struggling with the dough while cutting it into pieces so it could be removed from the bowl and taken to the bench for cutting and balling. After watching him work with the first dough, I asked him to let me know when the next dough was finished mixing.

When the dough mixing was complete, I had him put the mixer in first speed and begin mixing. I then showed him how to pour a very small amount of oil down the inside of the bowl so it would get spread around by the dough ball as it was driven around in the bowl by the hook. After just a few revolutions, the mixer was stopped and I instructed him to now remove the dough from the bowl without cutting it into pieces. Presto! The dough literally popped out of the bowl without any effort at all. That sure made his job a lot easier. While I’ve known about this trick for more years than I care to admit to, it was new to him. Like they say, “It’s the little things that sometimes count the most.”