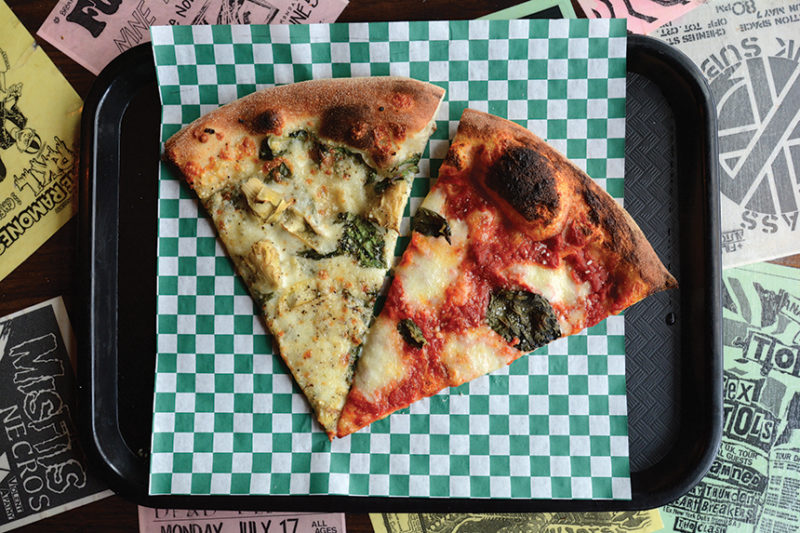 The Dollars and Sense of Plant-based in Pizzerias

The plant-based revolution has arrived. We all know this by now. If it wasn’t clear before, look no further than how many plant-based vendors there were at the 2021 International Pizza Expo in August compared to even two or three years ago. So, what does that mean for your pizzeria? The number of all plant-based pizzerias in the world can probably be counted on one hand, maybe two. This means that virtually all the pizzerias in the world are not vegetarian or vegan with their primary market being carnivores. Will the whole planet eventually go vegan? Oh probably not, but many people while not going completely vegan are now demanding plant-based options either for themselves or a family member. They’re called “flexitarians”. I always say there is a vegan or vegetarian in every social circle whether that be friends and or family.

Carnivores make up most of the world’s population. Only five percent of the world’s population identify as vegan or vegetarian. That being said, according to Bloomberg, the plant-based market is expected to increase to $162 Billion by 2030 from $30 billion today. For the savvy restaurant owner, a healthy increase in sales is on the table for those who are willing to put plant-based options on their menu and properly market and price those options. Not to digress but while cycling in Denver I always pass the hot dog vendor at Confluence Park. I told him once to add a vegan hot dog and he would increase his sales by 15 to 20 percent, which is significant. I said to him that I, as well as many others, would buy a hot dog almost every time we come here if he had a vegan dog. That was about two years ago. He hasn’t added one. Sometimes stubbornness gets in the way of reason. I will tell his wife next time and I bet I would have more success. Maybe he can afford to ignore this ever-expanding market, but can you?

Let’s explore the financial feasibility of adding plant-based options to your menu. With supply chains cut or disrupted, a worker scarcity and inflationary pressure, it’s a challenging time to be a restaurant owner. So, the question begs, how does adding plant-based options affect the bottom line? At the end of the day as much as we want to be altruistic (and we are), making money doing something we love is why we are in the pizza business. Anyone who says otherwise is either lying or going out of business fast.

I want to first look at the two most popular toppings in the pizza world: cheese and pepperoni. Right now, for Pizza Head in Missouri, shredded whole milk dairy mozzarella is $3.19 per pound. Our vegan shredded mozzarella is around $7 per pound. The margin on pizza is large compared to other cuisines so there is plenty of room. Even though I don’t believe you have to put a premium on vegan products, customers are more than willing to pay a premium because the plant-based market is fiercely loyal and health conscious. They are willing to travel far and pay higher prices than regular consumers. The flexitarians might balk, but even they will pay a premium (although begrudgingly). For example, our 20-inch cheese pizza starts at $18 before toppings, but our vegan cheese pizza is $22. We also make cashew cheese.

Cashews are about $4 per pound and with labor, it comes to about $5 per pound. Portion size is important with expensive ingredients. You want the customer to feel satisfied, but you have to make sure you’re not putting too much product on. For example, the vegan shredded mozzarella goes a long way. A lot is not needed to get enough flavor for the customer to be satisfied and you haven’t broken the bank with a vegan pizza. I think there is a psychological aspect to pricing as well. Having higher prices for plant-based items gives the impression they are worth more and better. In this writer’s opinion that is true. However, perception is half the battle.

Pepperoni, an Italian American creation, is unquestionably the most popular pizza topping in the United States. Although pepperoni is an offspring of Italian salami, pepperoni doesn’t really exist in its American form anywhere else. (Except U.S. based fast food chain pizza where you can probably get a pepperoni pizza anywhere in the world). Vegan pepperoni can range from $6 per pound to $12.50 a pound. More and more manufactures are developing plant-based pepperoni. I do see the price going down in the future with more supply entering the market. 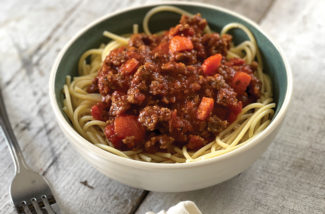 Adding plant-based options to your menu is an absolute no brainer unless you’re satisfied with your offerings and don’t need to or wish to cater to the plant-based audience. Over time I do believe that you could be hurting your growth and bottom line. Due to the increased revenue that you’ll be gaining and the fact that you can charge more, plant-based options will most certainly pencil in. There must be an effort to market the new offerings otherwise you could be throwing out expensive inventory that doesn’t get sold and then claim you tried it but it didn’t work. This is exciting new territory for the pizza world. Veganism and vegetarianism is no longer this radical philosophy that was looked at with skepticism in the food world.

Scott Sandler is a consultant, frequent speaker at Pizza Expo and Pizza and Pasta Northeast and Pizza Today contributor.