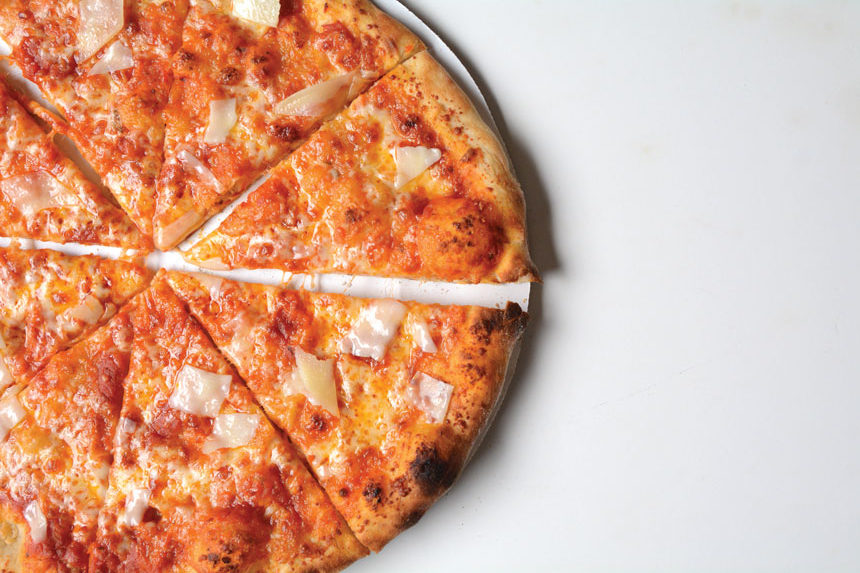 Man on the Street: New Frontiers in Cheese

Man on the Street: New Frontiers in Cheese

I’ve got a chip on my shoulder about cheese. It gets all the attention despite being the pizza component that requires the least amount of effort. You toil over your dough’s ingredients and fermentation schedule. You carefully select the right tomato, applying the proper seasoning and preparation to achieve your target result. Cheese is relatively simple. Just shred it up, thrown it on, and be done with it. Boring. I’ve never been very excited about cheese because it seemed like it required the least amount of attention. But that’s all starting to change, as I’ve been witnessing more pizza makers getting creative with how they use simple cheeses on their pizzas.

If you haven’t had a pizza with the cheese added post-bake you haven’t lived. Rather than obliterate a fantastic high-moisture cheese by exposing it to prolonged heat, why not add it after the bake? This works great with fresh fior di latte, mozzarella di bufala, stracciatella, and burrata. Those cheeses would turn your pizza into soup if added pre-bake. Adding it after allows the cheese to taste the way it’s supposed to taste. The temperature contrast between the warm, freshly baked pizza and the cool, refreshing cheese really makes a statement. I’ve even seen low-moisture mozzarella added after the bake, but for a completely different reason. Some late-night slice shops will add an extra handful of mozzarella for buck or two, resulting in some buffer between the customer’s mouth and the hot slice.

On the opposite end of the spectrum, I’m seeing loads of pizzerias utilizing burnt cheese as a feature rather than a flaw. I’ve always opted for slices that have some unintentionally burnt cheese along the edge but now pizzerias are giving it to me on purpose! Caramelized cheese is no longer just a benchmark of bar pies and Detroit-style pizzas, now it’s a useful tool for making better pizzas across the spectrum. I saw a genius move at Good Pie in Las Vegas in which they intentionally caramelize cheese around the entire edge of their gluten free Detroit pizza and the result is stunning. Not only does it mask the otherwise unattractive, it also provides a tasty bonus. I’m sure someone’s already doing it, but I think it’s a good use of this page to beg you to offer burnt cheese bits as a topping. Just load a pan with cheese, bake it, and crush it up on top of my pizza. Please. It’s going to be delicious!

As impressive as post oven cheese and caramelized cheese edges may be, neither can match the thrill of a house-made cheese. I’ve taken thousands of people to hundreds of pizzerias and nothing beats the look on their faces when they find out a pizzeria makes their mozzarella in-house. It’s an instant shot of credibility. Most cheese companies only started selling their curd within the past 20 years, but savvy restaurants have caught onto the benefits. The process requires practice and often costs more than simply buying product, but the romance is hard to top.

You already know your customers love cheese. Try testing out some new applications and broaden the potential of the ingredients you’re already using.