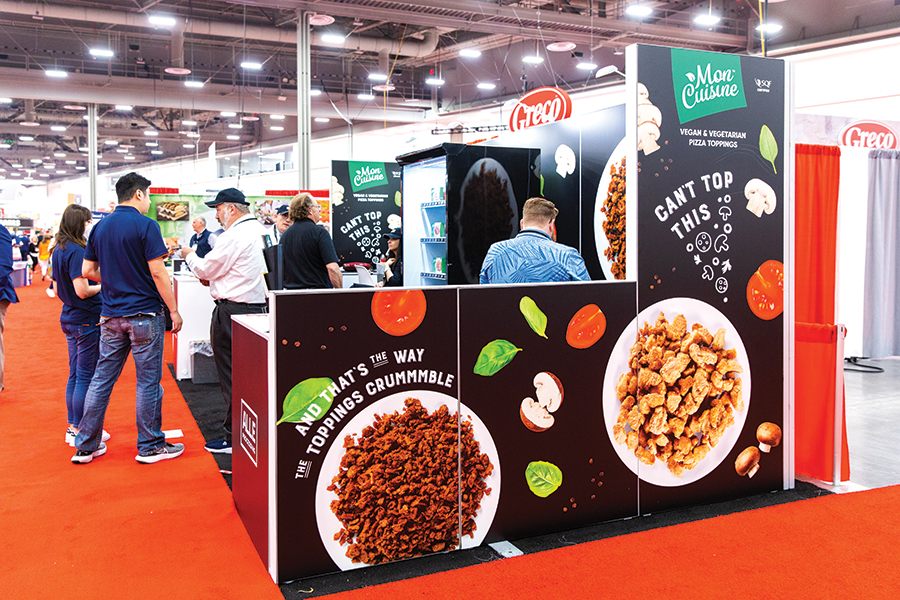 Man on the Street: The Many Faces of Plant Based

Man on the Street: The Many Faces of Plant Based

We all know that plant-based pizza is one of the fastest growing segments in the pizza biz today. Anyone who attended Pizza Expo either this year or in 2021 remembers running into another plant-based meat or cheese company every
20 steps. People are turning to plant-based diets for health reasons, environmental reasons and animal cruelty avoidance. Even though I’m an omnivore myself, I’m well aware of how industrial meat and cheese operations are not good for our bodies or the planet. That’s why I love seeing so many pizzerias adopting plant-based options for their menus. My only fear is that restaurants making the leap from animal-full to animal-free might be soaring past the wide gap of consumers in between.

At the far end of the plant-based spectrum are people like my brother, who avoid any and all animal products. That includes meat, cheese, eggs, milk, honey and sometimes even refined sugar. Compared to five years ago, the market for vegan meats and cheeses has exploded to such an extent that vegans like my brother have less and less of an issue navigating through restaurants. All these new plant-based products are ending up on plant-based menus, which makes vegans extremely happy.

The big splash has been all the meat substitutes that boast the flavor and texture of the real thing. Some vegan meats even claim to “bleed!” The problem here is that some customers don’t want something that looks and tastes like the thing they’re trying to avoid. Products like these miss the point for some vegans, who would prefer straight talk over marketing gibberish. They want you to call it jackfruit, not “vegan pulled pork.” Instead of “vegan ricotta,” they want cashew cheese.

The even bigger missing market are those stuck between the animal-free and animal-full. My friend Amy is a vegetarian who feels left out when she sees a list of pizzas with all the meats and cheese followed by a secondary menu with only plant-based substitutes. She would love to try your meatless sausage or pepperoni on a pizza with real dairy cheese.

Pizzerias that offer a build-your-own program don’t have such a problem, but the pizzerias that are quickest to adopt
alternative ingredients tend to be those that serve 12-inch architectural artisan pizza. These are the pies with punny names that each have a pre-set ingredient list. There are pizzas with meats and cheeses, then pizzas with 100-percent plant-based ingredients. Nothing in the middle. It also goes the other way. Dairy-free customers who do eat meat might not want plant-based cheeses with their pepperoni pizza.

We run into situations like these all the time on pizza tours. Companies do team outings with us and there’s always someone who became gluten free, vegan, vegetarian, dairy-free or any combination of the above on the morning of the tour. The pizzerias we work with are incredible at managing all the different combinations. If they can do it in their tiny New York City kitchens, so can you!