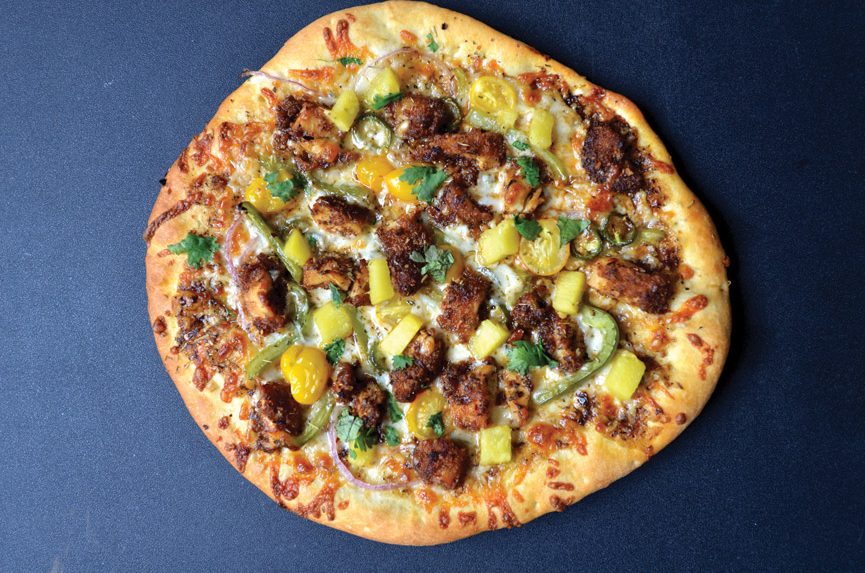 Man on the Street: In Defense of Pineapple

Man on the Street: In Defense of Pineapple

Do your customers love or hate this tropical treat?

I considered writing this month’s column under a pseudonym because my views on pizza toppings could get me kicked out of New York City forever. Staunch traditionalists cringe at the mere thought of “unconventional” ingredients infiltrating their idyllic image of a perfect pie, but that attitude feels antithetical to the entire concept of pizza in the first place. The past few months have been tumultuous for topping egalitarians such as myself, with the president of Iceland surprisingly at the epicenter. When asked about his opinion of pineapple as a pizza topping, Guðni Th. Jóhannesson told a group of students that he would outlaw the combination if he could. It was a comical response delivered in jest to an audience that likely understood its levity, but the Internet predictably ran with it amid a seemingly endless barrage of memes attacking the validity of fruit as a pizza topping. And now I’m forced to defend it.

My favorite reason people site for the illegitimacy of pineapple as a pizza topping is that “it’s not Italian.” If Italian origin were a requirement for ingredient acceptability, we’d all be in big trouble. No single element of pizza is originally Italian. Tomatoes are from South and Central America; basil is from India; olive oil is a staple of the entire Mediterranean region; early evidence of cheese making goes back at least 7,500 years to Kujawy, Poland and yeast-leavened bread was introduced to southern Italy by Greek settlers around the time of Alexander the Great. Evidence of pineapple in Italian cuisine exists at least 2,000 years ago. When I visited Pompeii in 2009, I saw a mural of several tropical fruits that included an image of a pineapple. That means Italy had been exposed to the tropical fruit at least 2,000 years ago. That’s not to say it was used as a topping on the earliest versions of pizza, but it was at least in the room. Meanwhile, pepperoni’s first written reference didn’t appear until 1919 — and it happened in the United States.

A more reasonable common excuse for anti-pineapple pontification is that it’s too acidic to balance well with other pizza toppings, but it assumes that every pizza is made with tomato sauce. I agree that the acidity of pineapple clashes with that of tomato, but white pizzas (no sauce) are a much more neutral canvas. One of my favorite Italian-owned pizzerias in Manhattan’s East Village experimented with pineapple the last time I stopped by with a pizza tour. The pizzaiolo (who prefers to remain anonymous) made a pie with small shreds of fresh pineapple, pancetta, red pepper flakes and rosemary. It was the perfect balance of sweet, salty and spicy I look for in a pizza, and the group totally loved it. The incredibly popular Roberta’s in Brooklyn puts their fruit flag on display with the Da Kine, a pie with ricotta, prosciutto cotto, jalapeño and fresh pineapple. NYC clearly isn’t the fortress of pizza protection it makes itself out to be.

At the end of the day, some people like pineapple on pizza and some do not, but it’s incorrect to make a blanket statement that it just doesn’t work. After realizing that his benign comment had become an international story, the president of Iceland clarified that no person should have the power to outlaw that which they personally dislike. He then mentioned his own preference for seafood on pizza, which could be seen as equally offensive.