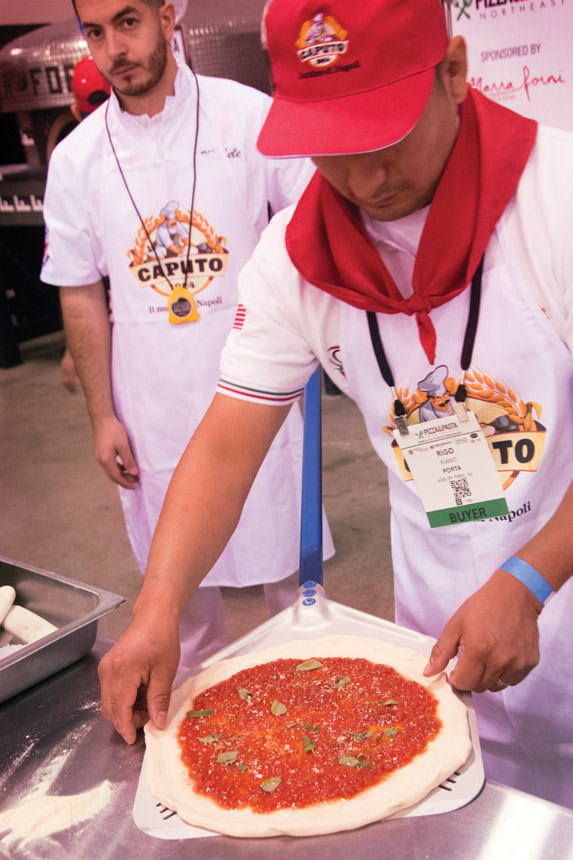 Man on the Street: Passion of the Crust

Man on the Street: Passion of the Crust

“They’ve been around over 50 years, so they must be doing something right.”

That’s what most people say about the pizzerias they praise for their longevity more so than they do for their food. These restaurants were founded by resilient, adaptive, hard-working people with the sole objective of taking care of their families. They were smart enough to buy their real estate before anybody thought about how it might make possible that very dream. Multi-generation pizzerias carry on family tradition to the delight of those who crave the flavor of the past. But since it’s impossible to manufacture nostalgia, newcomers have to find their mojo elsewhere. Unlike the lucky few that are safe perpetuating the achievements of their elders, the hottest new pizza makers are following their passion in the quest for the perfect pie.

All one has to do is take a look at the recent Caputo Cup in Atlantic City to see the benefits of passion and dedication. Derek Sanchez took first place in the Traditional category after just a few short years in the pizza business. Competitors may use two toppings in addition to their sauce and cheese, so pizza makers often push strong flavors to impress the judges. Contrary to that convention, Sanchez opted for a regular cheese pizza with no toppings. The secret weapon was his dough, which underwent an extremely long ferment of nearly one week. This isn’t a technique that can be perfected just by reading a recipe in a book — it requires a deep interest in the underlying science.

Meanwhile, in the non-traditional category, newcomer Jason LaFerrera took third place with his Croque Monsieur pizza. After returning from their honeymoon in Naples, Italy,  Jason and his wife, Molly, decided to tackle pizza making as a fun project. They made their first disastrous pizza just less than three years ago. Since then, they’ve honed their skills enough to begin hosting (almost) weekly pizza parties in their tiny Brooklyn apartment, as well as some pop-ups and catering gigs. All the while, Jason and Molly consulted resources for help from the pizza enthusiast community. All that work and dedication paid off when Jason’s name was announced as the third-place finisher in the non-traditional category.

The trend of passionate newcomers scoring big wins in competition and business is currently increasing thanks to easy access to information via the Internet and social media. Norma Knepp won the traditional division of the Caputo Cup in 2016, only five years after she started making pizza. Like LaFerrera, Knepp also credits community resources for helping develop her recipes and technique.

It’s truly inspiring to see people with relatively little experience finding success so quickly. It just proves you don’t need to be in business for decades to show you’re doing something right. Even though experience might be lacking, excellent pizza is still being produced by a new breed of pizza maker with the not-so-secret ingredient of passion.