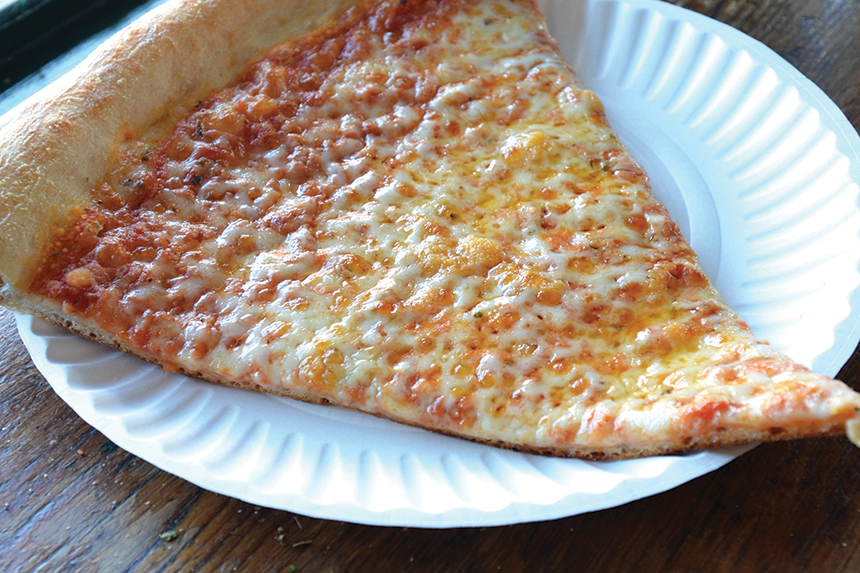 Man on the Street: Return of the Slice

Man on the Street: Return of the Slice

Yes, you can still get great pizza by the slice

I’ve got some exciting news: pizza by the slice is not dead in New York City! If you had asked me five years ago, I would have predicted otherwise. At the time, wood-fired ovens were being installed by the dozens and slice shops were falling victim to rising rents. The only salvation for slice culture came in the form of low-end dollar slice joints that catered to broke students and late-night partyers who were willing to trade quality for savings. But I’m talking about real-deal quality pizza, readily available by the slice. These new pizzerias aren’t just carbon copies of the greasy slabs that came prior; they present a fresh approach to a genre that barreled to the brink of extinction only to edge toward a bold return.

Scarr’s Pizza looks like the classic New York pizzeria. It’s buried in the Lower East Side, on a schizophrenic street that adheres to no singular identity. When you walk into the place, it feels like you’ve flashed back to 1982. The walls are covered with dark wood paneling and the light fixtures are the same Tiffany-style stained glass you find in a bowling alley. Such was the style when Scarrs’ owners were just kids. But while their pizzeria may be rooted in familiar decor, their pizza is on another level. To kick their crust up a couple notches, Scarr’s mills their own flour. The product is less consistent than commercial flour, but active enzymes in freshly milled wheat provide a new universe of flavor and nutrient value that’s completely lost in most commercial flour. It more than justifies the slightly higher price of $.25 above the average.

Then there’s Corner Slice in Hell’s Kitchen. This new pizzeria located in the Gotham West Market food hall weighs in at a skimpy 350 square feet. They make a high hydration dough (80 percent) and long fermentation (48 hours), leavened with a poolish (a mix of flour and water with a tiny pinch of yeast). This kind of attention to dough might sound imposing to the uninitiated, but it only requires a change in technique rather than additional ingredients. It brings the concept of pizza by the slice comfortably into the discussion of foods that come with a higher pedigree.

In the Upper East Side, a neighborhood most New Yorkers once thought of as a pizza desert, Sofia Pizza Shoppe has provided an oasis of classic slice service.
.;pUnlike its counterparts over the past decade, Sofia treats their pizza as food and not as a commodity. That means holding back on cheese to allow for a more cohesive slice and taming fermentation with temperature and time. It’s a major distinction that draws a line between the things we eat because they’re convenient and the things we eat because we enjoy their flavor.

It’s interesting that the by-the-slice format is picking up steam again in a market that’s been bubbling with fast casual concepts. New Yorkers are notoriously slow to change, which might account for our dedication to this increasingly difficult business model. At the end of the day, it’s just comforting to see pizza by the slice, the original fast casual food, returning to its roots in the city that made it famous.