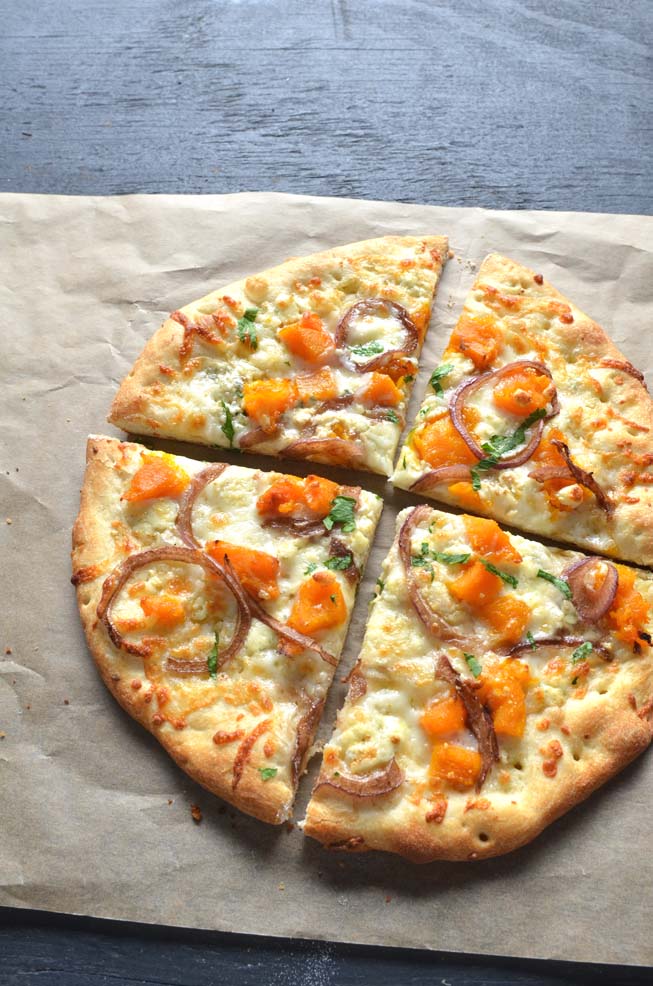 The saying may go, “don’t fix what isn’t broke,” but operators would be remiss to ignore the vast variety of non-traditional cheeses that are readily available. From smoky Gouda and creamy goat cheese to salty feta and pungent bleu, there’s no shortage of artisanal cheeses to enhance the classic Margherita pizza.

“When you work in the food industry it’s easy to forget that the general public isn’t exposed to new food items as often. So, while Fontina, feta, ricotta and goat cheese aren’t groundbreaking cheeses, for many people it might be something new,” says Arron Hendricks, co-owner of Rhombus Guys Pizza in Fargo and Grand Forks, North Dakota; and Rhombus House of Pizza in Mentor, Minnesota.

Hendricks believes that operators can pair almost any type of cheese with a quality ingredient, and the pizza will find an audience.

“Cheeses have such varied flavors, and each flavor has fans,” he continues. “In order to market these pizzas to the general public you need to fall in the middle. We’ll pick a cheese that we think people enjoy. Then, we match it with quality ingredients that share similar taste profiles.”

Hendricks keeps his food cost around 25 percent to 30 percent for the pizzas. “If we’re developing a pizza, and the cost is looking too high we try to tweak the ingredients without losing the desired taste,” he says. “Bleu Heaven is a very expensive pizza.  It’s also very good, so we don’t want to change the ingredients. It’s just one of our most expensive pizzas for customers to buy, and we try to offset that by offering some pizzas that give us a better profit margin.”

Kolanko prefers using smoked cheeses, like Gouda, because it adds another level of depth and complexity. “Cutting mozzarella with aged provolone, and Gouda creates a great cheese pizza,” he says.

White pizzas, such as the Forager, start with a white sauce made from whipped goat cheese. “The Forager pizza is the most popular. It is made with local spinach, mixed roasted mushrooms and Calabro ricotta,” Camarota says. “We believe that the quality of ingredients is essential to making a great product. We could buy cheaper products but what makes our pizza great is the attention to sourcing the best products available.”

Camarota is so particular about his cheese that he even makes his own blend. “We use a whole milk mozzarella and blend it with Bel Paese and aged provolone,” he says. “The Bel Paese adds a buttery texture, where the provolone brings sharpness.”

Using creamy mascarpone or crème fraiche as a pizza base in lieu of pizza sauce allows Eric Greenwood, executive chef at Il Villaggio Osteria in Teton Village, Wyoming, to get creative with toppings and build a different flavor profile.

Mascarpone forms the base of the bestselling Guido Sarducci and Bianco pizzas. The Guido Sarducci is topped with housemade fennel sausage, caramelized onion, button mushrooms, Swiss chard, mozzarella and a fresh arugula garnish. The Bianco melds together pecorino, Parmesan and housemade ricotta. It is garnished with fresh basil.

“I really like the Bianco flavor combination. The sharp and tangy pecorino works nicely with the creamy mascarpone,” says Greenwood.

The food cost for a 12-inch Guido Sarducci is roughly $2.75, and the Bianco is just above $2. “The higher cost of these specialty pizzas is counterbalanced by adjusting the price of the pizza to reflect the higher cost of the ingredients and by closely monitoring and measuring the portion sizes of the topping ingredients,” says Greenwood. “By keeping a close eye on ingredient portion size, we are able to ensure that we aren’t putting too much on each pizza and allows us to decrease food waste.”

For Greenwood, pairing ingredients with the perfect cheese becomes a fun game. “I love tasting a cheese with a strong scent and flavor and figuring out which ingredients will balance out these flavors,” he says.

If an operator doesn’t have the inclination for a trial-and-error approach, Greenwood suggests an easier method for incorporating the perfect cheese.

“If the cheese melts well, it will work nicely on a pizza,” he says.