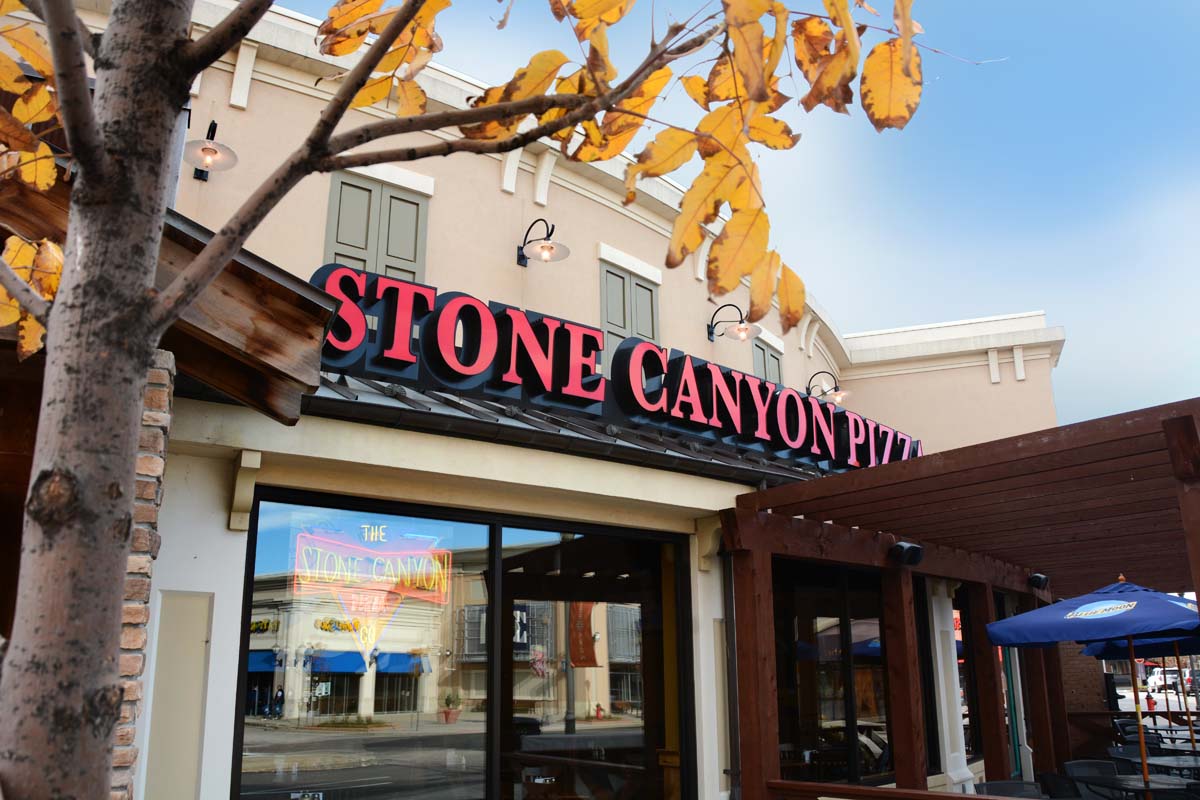 The Stone Canyon Pizza Company on a roll with stellar sales, ‘quality-driven concept’

Some pizzeria operators walk a fine line between fitting in while still standing out
enough to compete. Such is the case for The Stone Canyon Pizza Company, which will celebrate its 20th anniversary in the Kansas City area this year. Founder Kevin Heaton built his two-unit company on a solid foundation, drawing from his background with Godfather’s Pizza and in various restaurant ventures to create something unique for Kansas City. The result is $2.7 million in sales and the 84th spot on Pizza Today’s list of Hot 100 Independents.

Heaton cut his teeth in the restaurant industry, working first for Godfather’s Pizza before moving on to purchase a failing Minsky’s Pizza. “I went to the bank15 times, and finally when I went for the 16th time, they said ‘yes,’” Heaton recalls. “That’s how I got my funding for the first one. I was 23 years old.”

In October 1995, he struck out on his own and opened the first Stone Canyon in Parkville, Missouri. The ability to be creative in the kitchen and add upscale ingredients fueled his decision to become an independent pizzeria operator. “I think what was missing was the quality component,” he says. “I wanted to make the best possible pizza … I set out to buy the best meats I could buy. I’m going to buy the best cheese … and the thing is we do everything fresh.”

Although Heaton has had other ventures, including a jazz club and a burger joint, “I’ve always made money selling pizza,” he says. “At the time 20 years ago, pizza had become price driven. I said I’m going to make it quality driven. I wasn’t the cheapest guy on the street, but I thought, ‘You know what? Now’s the time to roll out a quality-driven concept.’”

Opening an independent restaurant was a move that Heaton says felt easy, but it isn’t a decision that should be taken lightly.

Today, pizza accounts for 45 percent of Stone Canyon’s sales. Dough is made three times daily, and they also create their own pizza sauce, pasta sauces and salad dressings, chop their own vegetables –– even the lemonade is made in-house. “Basically, we’re almost a scratch kitchen,” Heaton says. He managed labor costs by “pushing volume,” but portion control boards and proper training help reduce waste.

Lunch business is built on salads and sandwiches, while appetizers, side salads and specialty pizzas sell better at dinner. The menu is admittedly large, but “over the years, we’ve tried to take something off the menu and customers will say ‘hey, what did you do with that?’” Heaton says. “I don’t recommend this size menu to anybody in the business. It’s very difficult to execute and it runs your labor up a little bit if you’re not pushing volume. There are a lot of things to prepare here.”

Despite the diverse menu, Stone Canyon doesn’t use a grill and creates all of the menu items via oven and flattop. “We look at every detail, right down to the pickle,” Heaton says. “We try to do everything fresh, and we inspect the product every day.”

When Heaton first opened his restaurant, he didn’t shy away from the full bar aspect that often concerns new pizzeria owners. “Nobody else offered it,” Heaton says, “and I was in the bar business. I had a jazz club, so I knew about liquor. I had a sports bar before that, so I wasn’t afraid of the bar component. I could come in and train people on the bar and it was just another niche that I think our competition didn’t have.”

Alcohol accounts for 26 percent of sales at the company’s larger unit, but 10 percent at the original Parkville store, which has a smaller bar that is more suitable for service than seating.

Heaton decided to open his second location in the Kansas City suburb of Zona Rosa in 2009 with the help of business partner Joe Gallagher, who runs that location exclusively. “I like to have somebody with skin in the game in every unit,” Heaton says. “The thing is that your heart is where your money’s at.”

The deal on the corner unit in a busy shopping center was too good to pass up and was made even sweeter because parking in the area is difficult to manage. It also came with the stipulation that no other pizzerias could open in the center, a smart move that helps Stone Canyon corner the market even with competition coming from other eateries. Heaton does some consulting on the side and says looking back, the parking issue could have been a deal breaker had he not negotiated his lease well.

Heaton turned his attention to other concepts after opening Zona Rosa –– namely a burger joint and a full-service restaurant that served all three day-parts –– but “without being there all the time, it was very difficult to manage those people and develop those people,” he says, adding that Stone Canyon employs more than 90 people.

After 20 years in the business, Heaton has seen his fair share of changes in the industry and there’s more to success than knowing you have the best pizza in town.

“In this business, there’s a pizza place on every corner,” Heaton says. “What differentiates you from everybody else? Hospitality. Making people feel special. You’re not coming in here just to get a pizza. We have a culture, and that has to be equally as important as serving just a great pizza. When a customer walks through the front door, you’ve got to have a good culture about how you’re going to treat people.”

In an industry that is becoming saturated with fast-casual pizzerias designed to get people in and out the door in record speed, Heaton maintains that there is still a place for the full-service dine-in pizzeria. “We want people to slow down and enjoy the experience,” he says.

Heaton has researched fast-casual brands extensively as a means of expanding his business but ultimately decided he would prefer to grow his own brand.

“I prefer to go in different types of buildings,” Heaton says. “I don’t particularly like strip centers. … I’ve got real estate guys out looking for me now.”

He would also like to license over franchising. “There are too many legalities and I don’t have the money to hire lawyers and cut deals and raise capital and find partners to cover the legal side of it.” The potential to lose consistency is there, but finding the right business partners like Gallagher who understand the brand and the business will make expansion easier.

“I’m humbled by this business because I’ve had successes and failures,” Heaton says. “I always say you have to be in this business because you want to please people, from the stomach to the heart. If you don’t please one without the other, you haven’t done your job. And at the end of the day, that’s what it’s all about.”