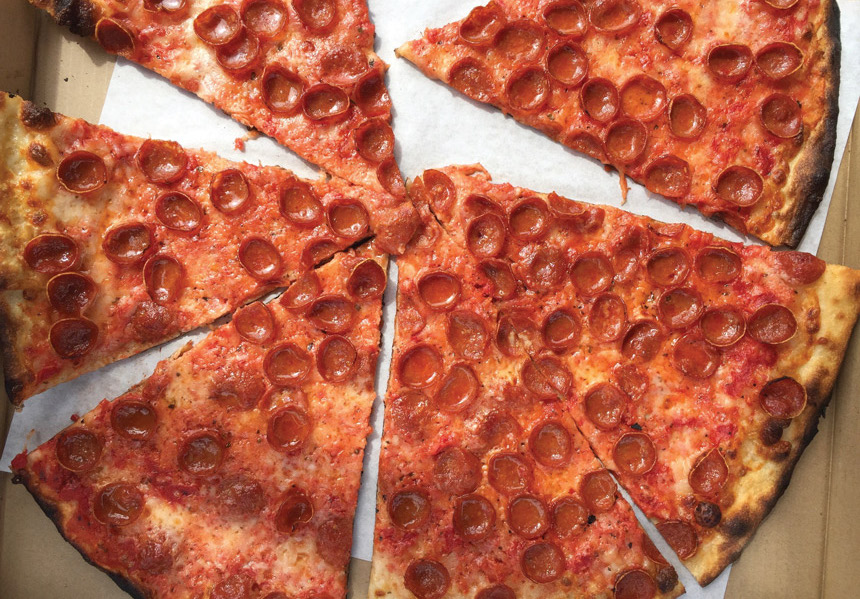 Pizza offers limitless possibilities — why not branch out and try a new style on your menu?

The beauty of pizza is that it all begins with a highly customizable, blank canvas. Thick, thin, round, square, cheesy, sauce-less, twice-baked, hand-tossed, coal-fired … Yes, it can be all that and more. It’s what you make of it. And, over the years, we’ve made plenty of it. From Rome to Sicily, New York to California, the popular pizza styles that have formed are numerous. It’s amazing how one can take dough, sauce and cheese and then come up with so many different variations, isn’t it? Simply put, it’s what makes pizza so great!

Take a look at some of the more classic styles of pizza found in the United States today.

The original. A Neapolitan pizza is defined both by the ingredients used to make it as well as the method used to cook it. The hallmarks of a Neapolitan pie are a charred crust, sparse toppings and a raised border. The pizzas, which are baked in wood-burning ovens, are made with crushed tomatoes, 00 flour and fresh buffalo or cow’s milk mozzarella.

The granddaddy of American pizza, the New York slice has more imitators across the country than any other style. The crust is undoubtedly one of the defining characteristics — about 1/8-inch thick in the middle with large, puffy edges. When cut into oversized slices, the pizza can be folded down the middle to make consumption less messy. It’s crisp to a point, yet pliable.

Derived from the Neapolitan-style pies baked in hot brick ovens in the early 1900s, New Haven pizza is an American twist on the Italian original. These pies are hand-formed, oval and lightly topped. The crispy crust is thin and New Haven pizza is sold whole, rarely (if ever) by the slice. 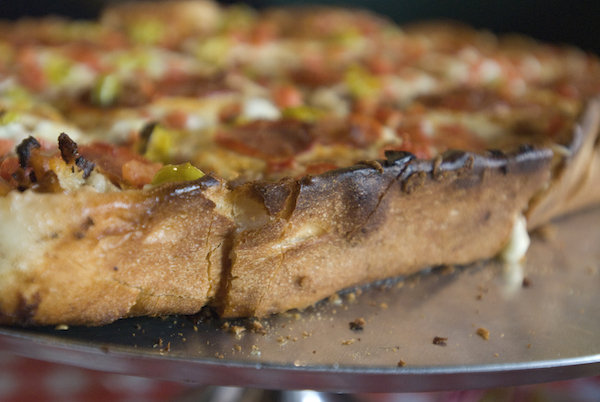 Sicilian pizzas are baked in rectangular pans and cut into squares. Some places throughout the U.S. serve Sicilian-style pizza by the slice, but it’s more common to see these offered only as whole pies.

Its thin crust and oblong shape immediately distinguishes a Roman pizza from other styles. Sometimes these pizzas are sold by weight or by the meter, which is certainly unique (and rare) here in the U.S.

The obvious hallmark of this style is that the sauce goes on top of the cheese (and some are made with no cheese at all). While not common throughout the U.S., tomato pies have a rabid fan base in New Jersey.

Chicago is home to several styles of pizza, but the city is best known for its deep-dish, stuffed variety. Essentially a casserole of delicious ingredients, Chicago-style pies are hearty and filling. They are baked in round pans using plenty of oil. The cheese (often mozzarella slices) and ingredients (fennel sausage patties are huge here) are placed between the two layers of dough and the sauce is applied on the very top. The crust comes out buttery, flaky and crispy.

These pies typically feature a thin, crispy crust and are cut into squares. Toppings extend all the way to the edge. Baked on round pans, they usually are around 10 inches in diameter and were originally meant to feed solo bar patrons.

Deep, oiled square steel pans are used to bake these pizzas, which are closely related to Sicilian and Italian Bakery pies. Though not always, Detroit-style pizzas are sometimes twice baked to achieve a crispy finished texture. The style features a medium-thick crust that’s light and airy on the inside, yet crispy on the outside. This is achieved in part thanks to a high-moisture content (between 68- to 72-percent hydration level). This style is baked in deck ovens.

Based loosely on New York-style, these pizzas can be hand-tossed, hand-formed on the make line or even put through a press. They feature the raised border reminiscent of New York, but are typically just a little thicker throughout and often utilize more cheese.

Typically, these pizzas have either a Neapolitan or New York-style crust as the foundation. The focus from there is on freshness and creativity. California artisan (or gourmet) pizzas utilize a range of ingredients and toppings. Nothing is off limits as establishments that serve this style continue to experiment with local produce, exotic meats and alternative sauces.

These pizzas originated on Long Island and are essentially a thinner version of a Sicilian pie. They are baked in black reinforced half-sheet pans. They are heavily oiled and they feature sliced mozzarella for coverage. They are topped with pizza sauce and cooked in brick ovens. Because of the excess oil and thinness, it’s typically fried more than a Sicilian. Another hallmark: the use of Grana Padano cheese for finishing.

Rectangular and thick, but not quite as thick as Sicilian. Usually made in advance, cut with scissors (yes, scissors) and reheated to order.

A specialty of Providence, Rhode Island, this thin-crusted pizza is cooked exactly as its name implies — on a grill
(with plenty of oil).

A cousin of the Sicilian and the Grandma, albeit slightly thinner. Like Sicilian, it’s cut into squares. Like Grandma, it’s baked in an oiled half-sheet pan. Brick, American and white cheddar cheeses are often used and these pizzas are baked at low temperatures.

What makes this style unique is the cheese blend: provolone, Swiss and white cheddar. That’s right … no mozz! Beyond that, it’s essentially a Midwest thin-crust pizza.

Particularly popular in the Midwest, this style of pizza speaks for itself. It’s a close cousin to the Chicago-stuffed pie — the obvious difference being that all the toppings are placed on top and there is only one layer of dough. Deep-dish pizza is sometimes cut into wedges, sometimes cut into squares.