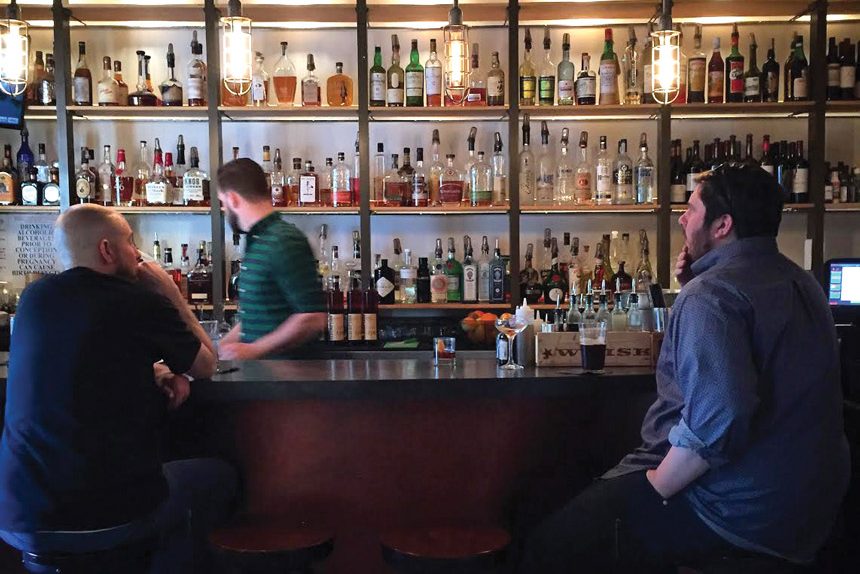 You’ve probably seen those bottles that are behind that bar you were drinking at and are behind almost every bar in the world. What are they for? Does anyone drink them? Beautiful bottles, timeless logos and colors that shine so bright. Most of them are from Italy and most of you may have not even tried one. Well, you’re missing out! And I bet you didn’t know that they can also become one of your best secret ingredients on your pizza.

An aperitif is an alcoholic drink you have before the meal to stimulate the appetite. It is typically dry or bitter rather than sweet. Aperol and Campari are great examples of an Aperitif.

An Amaro is an Italian herbal liquor meant to drink after your meal as a digestive. Popular Amaros are Lucano, Averna, and Montenegro. But don’t confuse an Amaro with Amaretto, which is sweet.

Amaretto originated more than 400 years ago in Saronno, Italy. A famous painter named Bernardino Luini, who was a student of Leonardo da Vinci, fell in love with a local inn keeper who was a beautiful lady with blonde hair and blue eyes. She was selected to have her likeness captured in a cathedral. People say she fermented almonds and/or apricots in brandy as a gift to the painter. She was poor and had nothing else to give to the artist.

Well, this creation basically semi-started Disaronno Amaretto. Many, many years later, in 1937, Domenico Reine fine-tuned it and re-introduced it. Originally it was called Amaretto Disaronno. Today it’s called Disaronno. It’s considered a liquor, not so much an Aperitif or Digestivo.  The ingredients are comprised of the inside of apricot pits (almoldine), which are bitter but balanced with rhubarb, Madagascar vanilla and other secret ingredients.

What does any of this have to do with your pizza? Well, recently I visited a plant and museum in Milan, Italy. The plant makes Fernet Branca, which is comprised of spices and herbs, aged in oak barrels. Anyway, among other things, while visiting I learned that Fernet Branca and some of these other great spirits I’ve mentioned here can be used in your pizza-making process in a very interesting way. But I’m not going to give that away just yet. Read next month’s column to find out how you can really try something new that will set your restaurant apart!