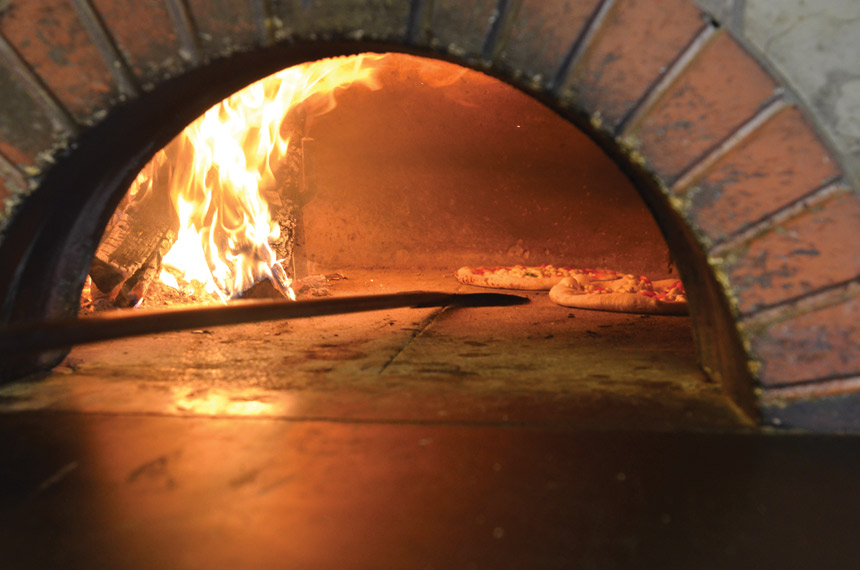 The Heat is On

The Heat is On

Choose the right oven for your pizza

If a pizzeria’s nerve center is the kitchen, the oven is its brain. The single most important purchase one can make when opening a new pizza restaurant can be the most confusing without a strong understanding of the myriad of options on the market. Factors like construction material, shape and fuel source sculpt an oven’s operation and function.

The popularity of brick ovens has soared in recent years thanks to the increased popularity of artisan styles. The main benefit of brick is its ability to store, conduct and radiate heat, resulting in both a shorter bake and faster hearth recovery between pizzas. Brick ovens come in numerous shapes, sizes and fuel sources, each of which produces a different result.

Neapolitan wood-fired ovens (WFOs) can achieve incredibly high temperatures because their domed ceilings constantly return heat to the hearth. This also provides fast convection and top heat needed for intense crust blistering. Higher-domed Tuscan WFOs have a larger mouth and offer the user a less intense onslaught of heat. Coal-fired ovens (CFOs) come in both round and rectangular varieties, but have a specific design to direct airflow through the fuel source from below. Coal is much lower in moisture than wood, so pizzas tend to come out drier. If an oven is burning either coal or wood, it’s almost certainly a brick oven.

Solid fuel burners must clean their exhaust systems regularly or risk a fire hazard. Local regulations may also require special equipment to reduce emissions or even limit the type of building that can legally host a coal- or wood-burning brick oven. Because of these potential drawbacks, electric brick ovens have massive appeal in recent years. These units are capable of achieving the same high temperatures as a WFO or CFO, ranging from 750 F to 950 F. Most models even allow the user to control heating elements on the hearth and ceiling of each oven chamber, further simulating the heat structure of a solid fuel burning oven but with far better control.

Scottie Rivera of Scottie’s Pizza Parlor in Portland, Oregon, runs his electric oven at a high temperature to get a texture usually found with a wood-burning brick oven. But Rivera’s choice of an electric oven wasn’t solely based on temperature. “I wanted to do 18-inch diameter pizzas, so wood-fired brick ovens (with their small mouths) were out of the running,” he says.

Deck ovens offer a stone baking deck in an otherwise stainless steel baking chamber. They’re extremely easy to use, controlled by a simple thermostat. Gas-fueled models usually have a pair of stacked chambers, with the baking chamber on top and the burner chamber below. Electric units don’t require a separate burner chamber, so there’s more vertical real estate available for additional ovens. Deck ovens usually have a maximum temperature of 650 F (but usually run closer to 550 F).

Since gas burners are located below the baking chamber, deck ovens are potentially more consistent in temperature than brick ovens; however, they also have a much lower degree of heat retention. Operators need to be cognizant of the oven door, as leaving it open will result in an uneven bake due to excessive heat loss. The location of the burners also means that there’s very little top heat, so intense charring is difficult to achieve.

Brick and deck ovens share the risk of operator error because someone must manipulate the pizza during the bake. Conveyor ovens were introduced in part to reduce that risk potential by removing the need for human supervision. The pizza coasts through the oven chamber heated by either stationary elements, like a toaster, or more advanced air impingement units, which hit the product with jets of hot air. Most conveyor ovens bake solely by convection, but new products featuring stone conveyor belts have recently hit the market.

Conveyor ovens are not particularly attractive; so they’re unlikely choices for visible kitchens. They also provide no direct contact with a hot surface, as with a brick or deck oven, so it’s difficult to produce a crust with the crunchy exterior and soft interior achieved by those oven types.

Matt Hyland was surprised by his own decision to use a conveyor oven at Emmy Squared, a pizzeria he opened in the Williamsburg section of Brooklyn with his wife, Emily, in 2016. Emmy Squared serves a Detroit-inspired pizza completely unlike the thin, wood-fired pies at their first pizzeria, Emily, which is also located in Brooklyn. “The pans we use are super thick, so an oven that produces almost
100 percent of its heat by convection just works better for the product,” says Hyland. He’s also happy about the unexpected benefits of using a conveyor oven. “I don’t have to hire someone just to work the oven. There’s no training time required to get used to it.” Unlike his wood-fired pizzeria, Emmy Squared doesn’t misfire a single pizza.

According to oven distributor Peter de Jong, it’s crucial to identify one’s desired pizza style before purchasing an oven. “The biggest mistake you can make is buying an oven for the wrong reasons,” he says. It’s also important to test an oven in person with your own dough before deciding. There is no such thing as a perfect oven just as there is no perfect pizza. The key is to find one that fits your restaurant and your product. 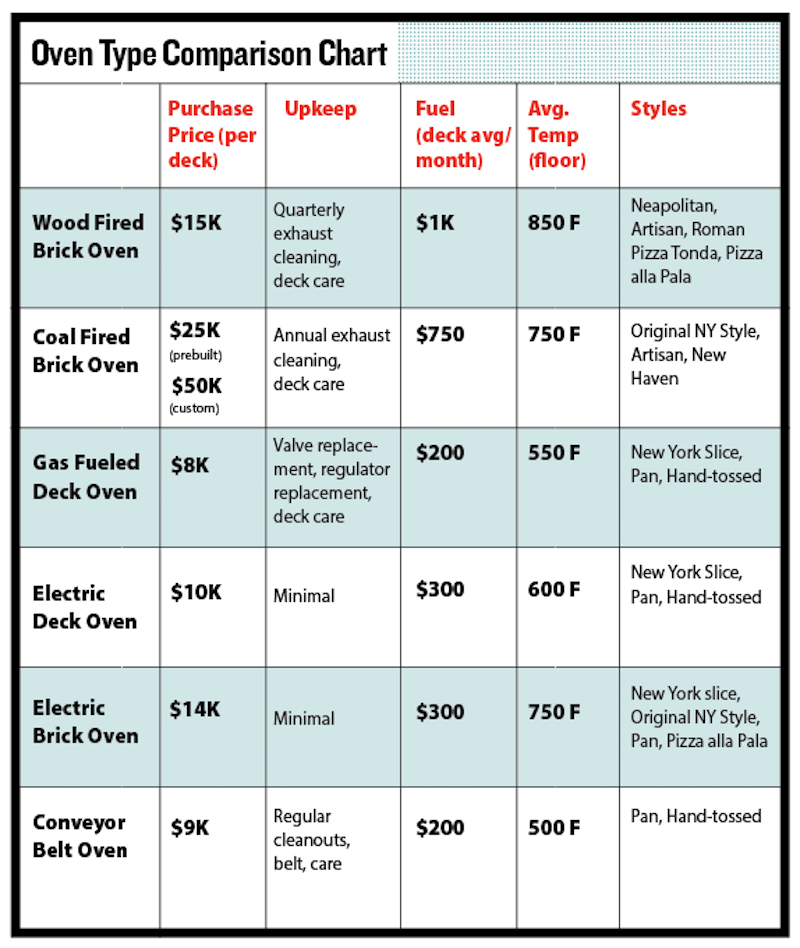