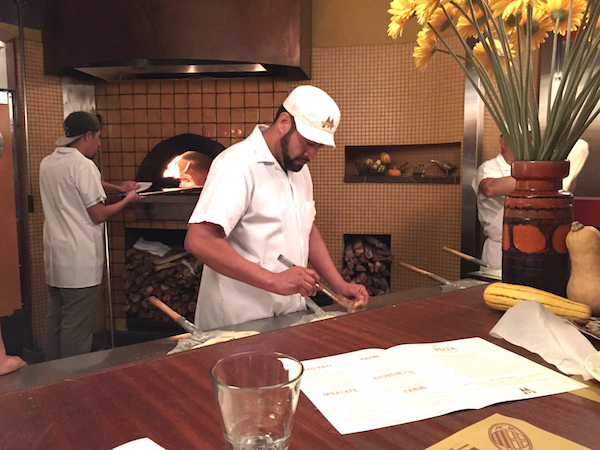 Retain your regulars to maintain your company’s reputation

Pizza has a lot going for it. It is almost an embarrassment of riches.

It’s the problem everyone wants: the line stretches out the door, and customers fight for a table. The downside is that regulars who have been with you from the start may feel edged out of “their” place. The good news is that –– like pizza itself –– there are a wide variety of customer retention solutions.

One of the most powerful ways to retain regulars, for example, is simply to let them know they’re valued.

“We’re very appreciative of our locals,” says Joe Pozzuoli Jr. of Joe’s Pizza in Manhattan. “We accumulated that goodwill a little at a time. A lot of (restaurants) just phone it in; I pay close attention to what people are saying.”

“If I have time,” says Burt Katz, proprietor of Burt’s Place in Morton Grove, just outside Chicago, “I come out and talk to all my customers…new ones, old ones.” For Katz, the benefit is more than customer loyalty. “This is part of my payment. We get people from all over. I’ve got people from Saudi Arabia, Saipan, Europe. We just have a good time with people.”

Paul Giannone, owner of Paulie Gee’s in Brooklyn, feels the same. “I do my best to go to every table, preferably after they start eating … I ask them if it’s their first time, how they heard of us, and make sure everything’s okay. And, fortunately, there’s nobody in the world who enjoys going up to people and talking to them more than me. I got that from my father.”

Neighborhood sentiment can run strong, especially in cities like Chicago and New York. Acknowledging local feeling can go a long way to letting your regulars know they’re valued.
Paulie Gee’s does this by hiring locally and stocking local products. “The same people you see in the kitchen and on the floor are the same people who come in and eat,” says Giannone. “I like to use local products, like Mike’s Hot Honey, which has ‘blown up’ thanks to our Hellboy pizza.” Giannone also stocks local beers, a canny move in the brewery-rich neighborhood of Greenpoint, Brooklyn.

Let’s not forget consistency. Regulars come back for more of the same. Make it clear that you’re trying to give them what they’re looking for, and they’ll stay.

Arielle Chernin, general manager of Pizzeria Mozza in Los Angeles, devotes serious study to her regulars. “We keep notes on our guests, and we remember (for instance) whether they’d like to sit near a particular bartender.”

Chernin makes a point of conveying that information to new staffers. “It’s important to keep that consistency even as staff are replaced,” she says. “We need to help Bartender Shawn’s replacement establish a connection with Customer Joe. I’ll work with a new manager and point out the regulars. ‘This is Joan, she comes in every Monday with her husband. This is Lonny, he loves to sit at the bar for hours and drink rosé.’ ”

“Consistency is very important,” agrees Pozzuoli. “If something is the slightest bit off, our regulars will tell us about it. A regular will say ‘the cheese is a little salty this week.’” He also notes that consistency isn’t just about the food. “Most of our guys have been here a long time. Seeing the same faces make people feel that it’s the same place.”

For Jeff Varasano, proprietor of Varasano’s in Atlanta, consistency is part of “fulfilling the brand promise.”

“People go to Domino’s and Papa John’s because they’re fulfilling what they promised they would do –– cheap pizza,” explains Varasano. “A lot of people go into the gourmet pizza business because they think it’s (just) about the food, but it’s about knowing what people want, and then about giving them that, and not giving them a reason to leave.” And then repeating that
experience, each time. “I call it ‘getting on people’s rotation,’ ” Varasano adds.

Frank Pepe Pizzeria Napoletana has been a New Haven institution for 90 years, but it first became nationally famous in the late 1970s. “It was awesome,” says Gary Bimonte, Pepe’s grandson and one of the current owners. “Our business just blossomed.” But it also meant longer wait times until the Pepe clan adapted. “The wait isn’t as long as it used to be, because we upgraded our service. We’ve learned over the years, and we’ve made things more efficient.” Their pizza-making operation remains unchanged, but they have added greeters to maintain the line and cut down on table prep.

Paulie Gee’s has also fine-tuned its operation. Giannone added bar-backs on the weekend to clear tables more quickly. He also notes: “our pizza-makers have gotten faster — they’ve learned better techniques.” And although the restaurant still has a creative dessert menu, Giannone no longer pushes it. “Someone will order dessert and then chat for a long time, so we decided to de-emphasize it.”

When there’s a wait for tables, make sure your regulars are taken care of in some way. For example, offering customers appetizers or a seat at the bar is a classic solution. If you offer WiFi, many of them will spend the wait time on their smartphones and won’t seem so anxious.
However, some restaurants go a little farther. Take Mozza, for instance. There, says Chernin, is a pizza bar where “You can watch them making the pizzas and talk to the chefs while they’re making it. So many times in the comment cards, people love the pizza bar — kids especially.”

Mozza and Al Forno, in Providence, Rhode Island, text customers when their tables are ready. Both restaurants are in neighborhoods with nearby shops, so the customers can stroll and return just when the restaurant is ready for them. “We’re on the waterfront, so it’s a nice walk,” says Johanne Killeen, co-owner of Al Forno. “And we’re near Wickenden Street, and there are a lot of antique shops and bars and cafes on that street –– it’s a pretty vibrant little area.”