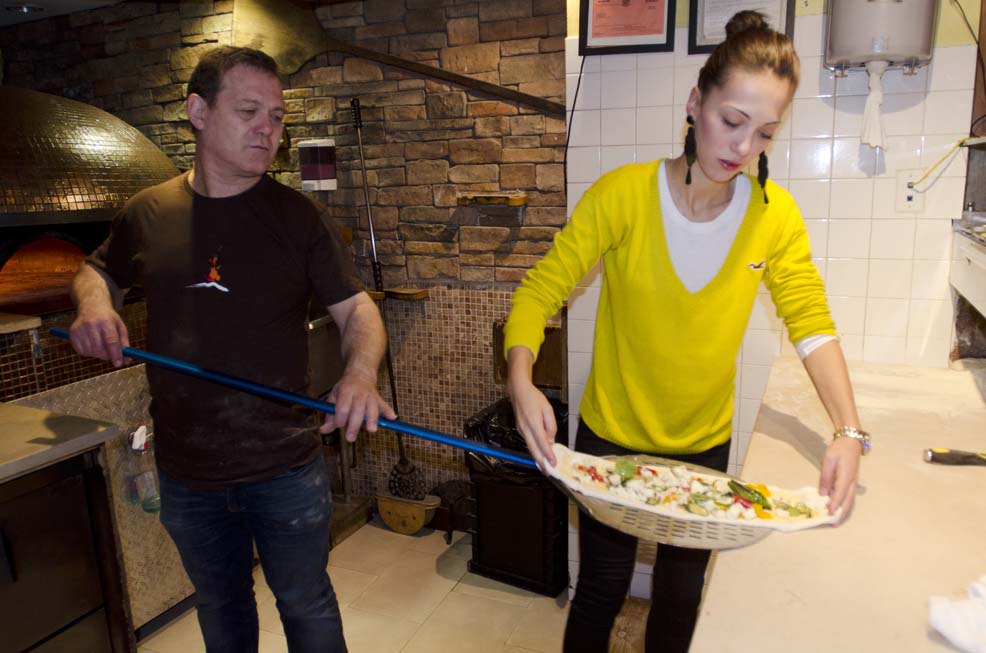 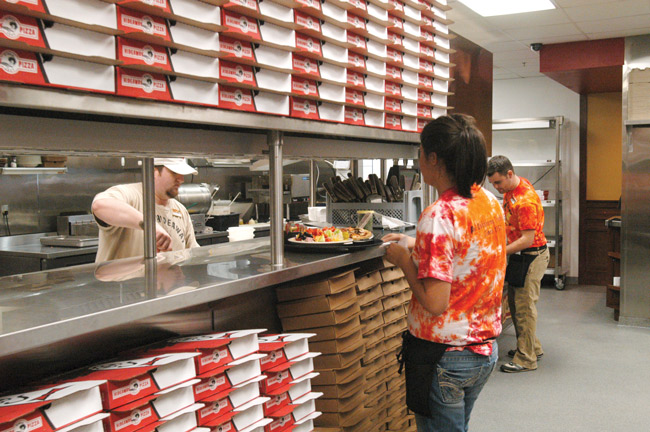 That old saying is never truer than in a restaurant. Despite an owner’s best efforts, nothing is perfect. Customer complaints, both warranted and unwarranted, will roll in.

And those complaints are usually directed to the server, who has to apologize for the mistake, whether it is his or her fault or not. Apologizing for something out of your control can lead to feelings of frustration and anger. Feeling angry and frustrated, the server might storm into the kitchen to blame or yell at whoever was really at fault for the mishap. And in the kitchen, employees are busy, multitasking and hot. People yelling at each other hinder the smooth operation of a restaurant. And now no one is happy –– not the customer, the server or the kitchen staff … and definitely not management.

So, if customer complaints are a constant threat, how can operators keep the peace between their front of house and their kitchen staffs when customers bombard servers with complaints?

Bernd Gerwig, owner of SIOS Restaurant Consulting, says easing tension between staffs is all about de-escalation, putting the situation into perspective and maintaining a constant management presence.

“Take out any egos,” Gerwig says. “The serving staff wants to be on the customer side, and when the server goes back with a plate, the kitchen sees it as a direct, personal attack. As a manager, you have to take the ego out; it’s not a personal attack. It’s a situation. Put the issue into perspective. It might be the cook’s fault, but it isn’t the end of the world. The faster any disagreement is handled between the staffs, the faster the customer is made happy, and a happy customer is the goal.”

Gerwig stresses the importance of management being there to resolve conflicts, first by acknowledging the customer, than acting as a mediator between the staff members. Tension must be handled by management because a third party has a chance to create a calm situation.

“Praise in public; criticize in private. That is a very important management tool,” Gerwig says. “Yelling right there is not good for team morale. Hear their points, acknowledge them, but do not take sides. If management takes sides, you lose a team player.”

If a situation gets heated, Ray Camillo, principal of Blue Orbit Restaurant Consulting, advises servers should be pulled from the kitchen.

“If the server is communicating directly with the kitchen, it’s always a problem. Pull them apart, then figure out what you can do better as a manager to avoid these situations in the future,” Camillo says.

Of course, in an ideal world, tensions would be avoided from the beginning. And, just like settling disputes, ensuring tensions never begin is the management’s responsibility.

“Head off problems by coaching the kitchen staff to be supportive and not react to an aggressive server,” Camillo adds. “If a server and the kitchen is fighting, management failed; management didn’t give both the tools they needed to do their job.”

David Scott Peters, founder of TheRestaurantExpert.com, says preventing tension between employees is not because of discipline or rules, but because of a strong company culture.

“The owner of the restaurant or the corporation, if franchised, needs to document what their core values are. Why? Core values set the ground work on how decisions should be made by the staff,” Peters says, noting that it’s essential to instill in the staff that everyone is there for the same reason — the guest.

“We work together as a team,” he adds. “Have lists in place for every position. Develop a culture where details matter, and create a culture of close to open. In the moment when a situation arises, set the expectation that the front of house always wins. The server is my last line of defense before that plate goes out, and has carte blanche to have a dish re-fired. Hold a discussion later between the staff and ask: ‘What happened? What can we do better so this doesn’t happen tomorrow?’ ”

Consistent communication is also key to avoiding problems during a shift.

“Communicate service expectations before the shift — the idea that someone is watching, that someone cares,” Camillo says.

Gerwig agrees that a pre-service meeting is very important to communicate vital information to the staff like menu changes or if the kitchen is low on a specific ingredient or dish. If there is no time for a meeting, Gerwig suggests communicating via a blackboard to servers or using the restaurants’ computer system to post information.

In addition to clear communication to ward off potential battles between staffs, Camillo advises management use an expeditor, an employee tasked with shepherding the food from back to front quickly to the customer, and who acts as the final checker for the food.

“Often managers try to delegate responsibility to an employee at a lower level; this is not good. This person needs to have authority to return food to the kitchen—must be a salaried, respected employee,” Camillo says. “You’ll see expeditors at establishments that rely on consistency, rely on throughput, who are concerned with quality. Only in disorganized places, you see no expeditor, places where there is no emphasis on quality.”

If you leave it to the staff to handle problems, you end up with different voices at different levels of urgency, and existing personality clashes, adds Camillo.

“All of this disappears when you put in a conduit in the form of an expeditor,” Camillo says.

Restaurants provide an exciting, yet high pressure atmosphere for staff members. A management team who takes the time to set expectations, who listens and helps their staff before, during, and after tensions arise, and reminds all employees of their shared goal — making customers happy — will be able to serve their guests and their employees very well, with no yelling.

DeAnn Owens  is a freelance journalist living in Dayton, Ohio. She specializes in features and human-interest stories.