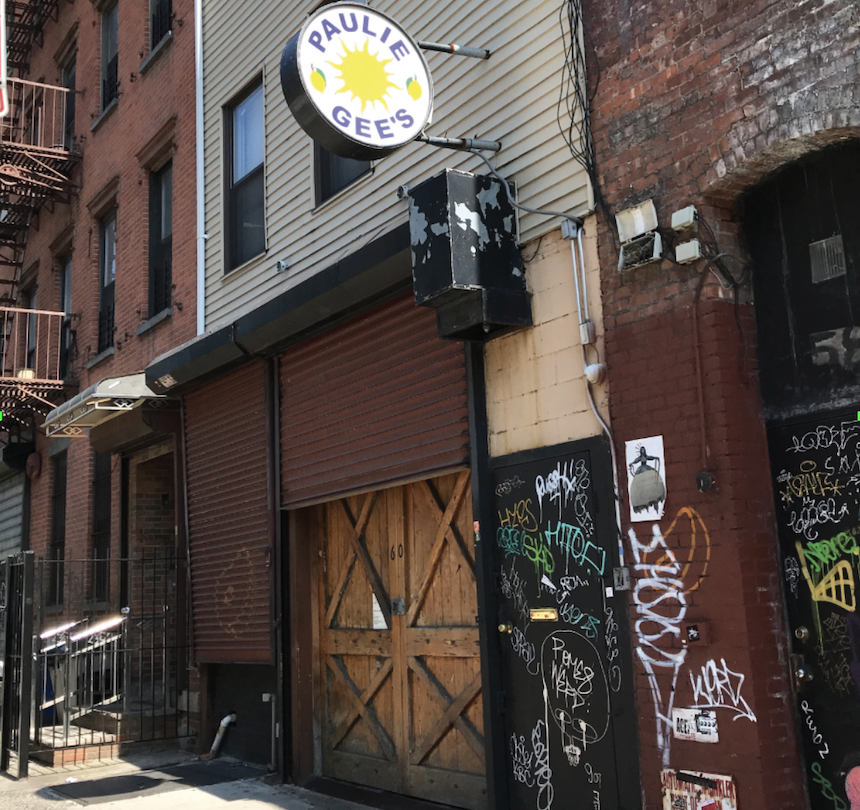 Man on the Street: Keeping the Doors Closed

Man on the Street: Keeping the Doors Closed

When restaurants started closing their doors back last March, all anybody could talk about was when they could reopen. More than 11 months later, we’re finally starting to get optimistic with several vaccines in distribution and stronger  governmental focus on tackling the virus. Municipalities are even lifting restrictions, giving restaurants the opportunity to shift back to indoor seating. Sounds like we’re on our way back to normalcy except for one pesky issue — lots of pizzerias aren’t interested in going back.

I knew something was up when I saw an Instagram post by Derrick Tung of Paulie Gee’s Logan Square in Chicago. Having just heard the news that Chicago had lifted its ban on indoor dining, he made an official announcement that his pizzeria would remain takeout only. He detailed his reasoning in the post as a method of communicating to both customers and colleagues. Beyond the obvious health and safety concerns, Derrick also reasoned that opening with Chicago’s restrictions (25 percent capacity or 25 people, whichever is less) would actually cost more than it would profit.

That all sounded reasonable to me, but I needed to find out if others in the industry shared Derrick’s perspective. Within minutes of dropping a post in the “Pizza Assassins” Facebook group, I had a flurry of responses and every single one of them agreed that staying closed was the way to go. Michael Androw of E&D Pizza Company in Avon, Connecticut, even went so far as to remodel his entire dining room. He ripped out all his seating, shifted the counter 30 feet, and extended his kitchen. Although he’s still coming to terms with becoming a DELCO restaurant, the 40 percent increase has made that an easier pill to swallow.

Patti and Jim McGraw of Good Eats on 6 in Eastham, Massachusetts opened their shop just a few months before COVID hit, so they’ve been riding the rollercoaster even more than most. A health inspector saw how well they’re doing with curbside pickup and mentioned that most restaurants in their situation wouldn’t benefit by opening up for seating. The risk of having to shut down for two weeks in the event of an infection could crush an already precarious situation.

As frustrated as I may be that I can’t walk into a pizzeria and sit down, I actually have no current desire to do so. And I’m not alone. Kevin Houghton is open at 25-percent capacity at his Fox’s Pizza Den location in Wilmore, Pennsylvania, but very few people are dining in. Bill Carmine Cornell at Carmine’s Wood Fired Pizza in Joplin, Missouri, is open with 50 percent max capacity and says his dine-in has been extremely slow while takeout is up. Even in NYC, where going to restaurants is an important part of our culture, people choose to stay in. Paulie Gee’s in Greenpoint, Brooklyn, tried to open with 25-percent capacity but the public just wasn’t interested in dine-in at the moment.

There’s quite a bit of chatter about how this will change restaurant culture forever, but I still see people returning to pizzerias once we’re out of the woods. We’re ordering so much takeout because it’s the only option. Sure, it will take some time to get back to pre-pandemic behaviors like sitting elbow-to-elbow in a tiny pizzeria, but I do think we’ll get there. After all, the last pandemic was followed by the roaring ’20s!