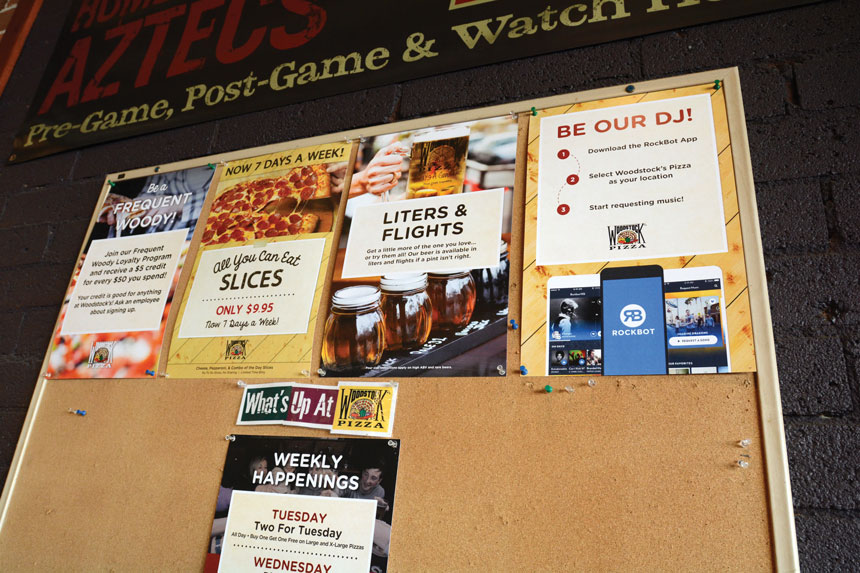 Returning Customers: Go Where Everybody Knows Your Name

Returning Customers: Go Where Everybody Knows Your Name

The recipe for increasing guest frequency and earning returning customers

“If you’re one and done with customers, then it’s not a sustainable business model,” says Costello, the CEO of Home Run Inn, a celebrated pizzeria with 10 Chicago area locations.

Nick Makris, a veteran restaurateur and associate professor of food and beverage management at Johnson & Wales University (JWU) in Providence, Rhode Island, acknowledges much the same. Citing research from his colleagues at JWU’s well-regarded College of Hospitality, Makris says the likelihood of a first-time guest returning for a second visit sits at 30 percent, while a second-time customer is likely to return about 40 percent of the time. If that customer patronizes the restaurant a third time, however, their likelihood of returning shoots up to 70 percent.

“These become your regulars,” Makris says, noting that these ongoing visits stabilize a business and drive its overall performance.

While restaurants can sometimes devote oversized attention and resources to capturing new guests, it’s often return guests – and particularly those individuals an eatery can compel to return more frequently – that determine the ultimate success of a restaurant operation, especially given that the cost of acquiring a new customer can run upwards of five times more than retaining an existing customer.

But getting customers to return – and return frequently – is no easy feat. The recipe to elevated guest frequency includes steady operational performance, meeting contemporary expectations and savvy marketing.

Start with the right base.

Consumers frequent restaurants they believe will deliver, which demands eateries hit on the blocking and tackling of product and service time after time. Prompt, courteous service and tasty food are unflinching requirements in the quest for repeat business, while getting to know people on a first-name basis also goes a long way to driving frequency.

“If you can’t get them to come back, then there are gaps in your execution and product,” Costello says.

In addition, the environment looms large.

Costello confesses Home Run Inn was guilty of thinking that high-quality service and tasty food were enough. Those days, however, have vanished, which compelled Home Run Inn leadership to order a nearly two-year renovation of the company’s flagship Chicago store. The revamped space features seating for 250, a full bar and a modern aesthetic complemented by touches of Home Run Inn’s storied past, including the Tiffany lamps that once adorned the original pizza pub.

“When you’re trying to get guests to visit you more frequently, the look and feel matter, and we now have something much more fresh and comfortable,” Costello says.

Through social media and loyalty programs, two digital age concoctions, pizzerias have more opportunity than ever to connect with guests and entice an order.

According to Makris, posting appealing food photos on platforms like Instagram and Facebook allows people to eat with their eyes while also enabling one-on-one conversations between restaurant and guest. This, Makris notes, can help drive fandom and spur more frequent visits.

Though loyalty programs are rather easy to administer, especially so with modern point-of-sale (POS) systems, and have a strong track record of driving results, former Taco Bell chief marketing officer Kip Knight says too few restaurants have even a simple loyalty program featuring rewards tied to visits.

And even when restaurants offer a loyalty program, they often struggle to hit the right notes. A recent report by CFI Group and Radial found that more than one-third of customers generally avoid participating because they don’t see enough value.

“Loyalty programs definitely work, but restaurants often make the mistake of catering the program to their needs and their pocketbook rather than catering it to their guests,” Makris says.

“These digital tools are getting more sophisticated every day and that opens the door to greater frequency and higher tickets,” Costello says.

People value their time more than ever in today’s fast-paced world, which heightens the importance of offering a convenient experience. While pizza has a strong hold on convenience given the delivery element engrained in the category, that alone isn’t enough, especially as the available culinary options swell with third-party delivery.

With its aggressive approach to faster, more streamlined digital ordering, Domino’s was one of the restaurant industry’s highfliers over the last decade. Following that lead, Home Run Inn has invested heavily in its mobile ordering over the last two years to make its carryout and delivery business as accessible and convenient as possible.

“We’ve reduced the time needed to complete an online transaction and made it a smoother, more convenient process, and that’s helped to drive frequency as well as higher tickets,” Costello says.

Finish with pinches of clever marketing.

“People joke about the McRib all the time, but it does bring a certain amount of traffic to McDonald’s,” Knight says of the prominent LTO.

Makris says off-day promotions communicated through social media or a loyalty program can also spark traffic from regulars during a slow day in the restaurant.

“This way, you’re not just inviting guests to spend money, but rather to save money,” he says.

As another traffic-boosting vehicle, Knight suggests pizzerias align themselves with an outside event like a sporting event or community celebration.

“This doesn’t need to be an NFL franchise. You can take this all the way down to the local high school or college,” says Knight, who runs California-based KnightVision Marketing. “When you understand what your target audience cares about and then get beyond your four walls to network in the community, there’s an opportunity to create win-win arrangements with others.”