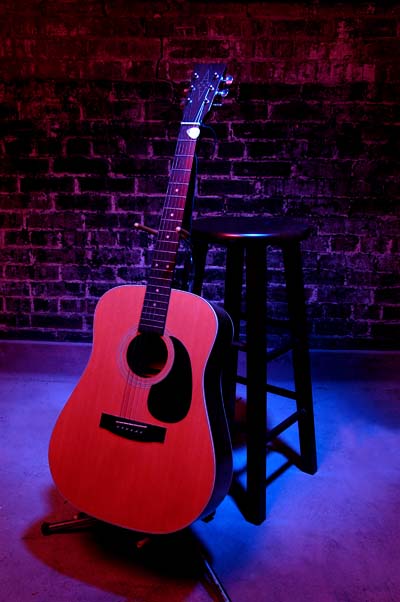 Sleeping at the base of the snow-capped Wallowa Mountains on the Historic Oregon Trail is Baker City, a picturesque town of 10,000 people.

But on Friday nights in summer, this hamlet wakes up to music on the outdoor patio at Paizano’s Pizza. Two-and-a-half years ago, owner Kina Allen invested $30,000 of her business profits into a patio expansion so she could provide live band entertainment and boost her sales.

It has more than paid off. Paizano’s offers a wide beer selection; Allen has noticed a direct correlation between spikes in beer sales with the nights that a band plays. Things have been going so well that she’s considering adding drop-down awnings and heaters for bands to play during winter months.

“We’re a small town, and there’s not a lot to do at night,” Allen says. “I realized that becoming a ‘destination’ and being ‘the event’ would make our sales go up with hot bodies in the seats. If there is something to do, this town will go and do it. You build it, they will come. I decided to create a venue, further the bottom line and listen to good music, also. I socialize quite a bit!”

But this success hasn’t come automatically. Allen and two other pizzeria owners we spoke with –– Satchel Raye of Satchel’s Pizza in Gainesville, Florida, and Benny Haas of Pizza Plus in Eau Claire, Wisconsin –– each have three things in common that resulted in a ringing cash register and music to their ears:

• They separate “dining space” from “entertainment space.” Revenues only go up by flipping tables from old customers to new. So if live entertainment is playing where your diners are seated, either space will be standing-room only, or new customers will leave, say Haas and Raye.

Haas has a bar and lounge (where the band plays) and a 40-person-capacity dining room area, which he shuts down at a certain time, usually 9 or 10 p.m. Diners are either forced to move into the lounge to buy drinks and listen to the band –– or leave. Haas’s 100-year-old building has exposed brick and tin ceilings –– perfect acoustics for bands and comedy shows alike. “Every time somebody is there on stage, the feeling changes in the restaurant,” Haas says.

During his first three years of business, Raye offered entertainment in his 50-seat dining area. “We got to the place where we needed the space for another booth, but people would hang out a long time,” he says.

So in 2006, Raye bought a former auto shop behind his building. He converted it into a gift shop and lounge area for people waiting for tables or ordering takeout. “You can get your takeout and sit there to listen to the music, except there are no servers. It’s not a food certified space; the mop sink is up front, proper.”

And if it gets cold, “we have plastic rolled up on a stick bungeed up. We let it down and light patio heaters. It warms the space up nicely, quickly,” Raye says.

• They regularly monitor profits and losses from entertainment nights. Haas wanted to find out if some bands were bringing in more revenue than others.

“It came down to simple Excel sheet.” Haas says. “We figured out what nights we did not have music and had our Friday and Saturday baseline. From there, we tracked what bands played what nights. And I added asterisks, like if there had been a 200-person birthday party that night that skewed the numbers. When it came to that point, I said: ‘Here’s where we’re at: These bands played four or five times and have no following. They either come down in price, or find somewhere else to play.’ ”

To help your bands earn their keep, ask them to engage the crowd, Haas adds. For example, they could say: “My favorite drink here is this…” to help the bar sales.

Factor the cost of sound equipment, which can take away from your bottom line, Raye says. “You can do it pretty cheap. Watch Craigslist for mixing boards and speakers and mic stands. A local university cleared out stuff from their drama department, so we picked up a couple of stages. The room can change.”

• They market entertainment cheaply and creatively. Raye has a partnership with beer distributors: They put together posters with the bands’ photos, and the trade-off is, they have their icon on it. Place those posters on your restaurant door, and ask loyal customers to hang them at places they frequent around town.

“One of our best marketing ploys is that you get the little three by four-inch fliers and place them under the windshield wipers,” Raye says. “Beer distributors will print out a heavier card stock that looks like a ticket with an incentive on the back, like ‘$1 off a Miller Lite.’ It looks like a free ticket rather than a flyer. It’s awesome: Give it to the band to hand out to their friends. It’s like they’re giving out VIP tickets.”

Capitalize on free social media. Raye creates an event on his Facebook page and uploads it into his business Web site. He also has a Youtube channel, where he advertises upcoming bands by posting videos of their performances.

You may think providing music means you must target a particular customer demographic. But all three restaurant owners get around that by offering an eclectic entertainment mix.

Satchel Raye of Satchel’s Pizza in Gainesville, Floridia, has offered everything from R&B, to jazz, to folk music, to belly dancers — and even a 13-piece Jewish folk music band. The Jewish group “comes in once a month, and people are always dancing and crowding the stage,” Raye says.

And when you add in the playgrounds he has on site, Raye has “entertainment” for all ages.
“One reviewer said, ‘It’s the only place in town that has a pulse,’” he laughs.