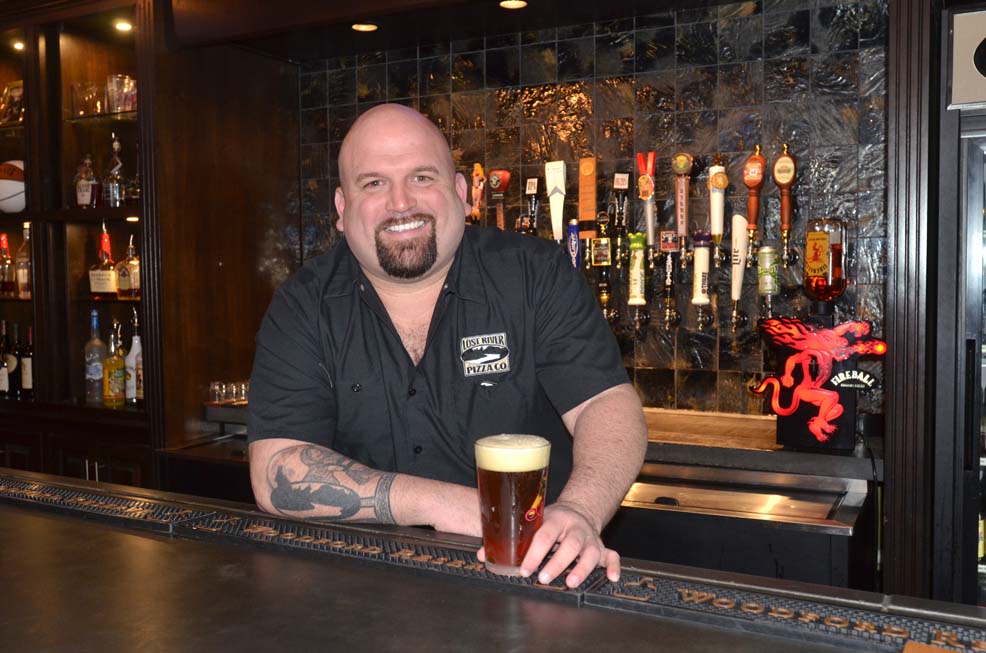 Like a lot of his foodservice counterparts, Keith Coffman didn’t necessarily plan to become a pizza maker. In fact, he was doing quite well in other industries before opening Lost River Pizza in 2011.

“I had zero experience in the restaurant business,” he says. “I had been a pharmaceutical sales rep. But that industry was really changing a lot. A lot of companies have downsized. In 2001 there were something like 110,000 reps doing what I was doing. That eventually dropped down to around 30,000.”

When Coffman left the drug business he got into something entirely different altogether.

“I grew up doing site work,” he explains. “My family was into that. So I built sports fields for a few years. When a city wanted a new soccer field or baseball field, we would bid on the business and then build it for them if we got the contract. But in 2008, after three-and-a-half years of doing that, we shut down. The economy was bad and money for that dried up. Cities couldn’t afford to build recreational fields.”

During his time in pharma sales, though, Coffman had his eye on the restaurant world. He was lured by the excitment of feeding customers and working in a fast-paced environment.

“I spent four years developing the business plan and recipes while I was working as a sales rep,” he confides. “I would spend five days a week tweaking pizza recipes. My goal was to make it taste great but also be healthier.”

The latter was important to Coffman because during his time in the drug industry he often was kept up to date on health-related issues. It was apparent to him that Americans were killing themselves with their food.

“Our diet and lifestyle is one of the biggest hazards for any disease,” he says. “There’s so much in our food that we don’t need and that isn’t good for us. So one thing I wanted to do was use unbromated and unprocessed flour because it’s better for you. And we use honey as a sweetener instead of sugar.

“I have spent months in some cases finding suppliers for certain ingredients. We use fresh-pack tomatoes. Our sauce is made from tomatoes that have never been cooked down to a paste. Our cheese is preservative free. We use as many local toppings as we can for vegetables and meats. I buy organic when I can. Unfortunately, pepperoni is one of those things that I haven’t been able to find preservative free.”

Considering the fact that Americans are pushing for healthier choices and demanding safer food practices, one would think that Coffman would have found a lot of marketing potential with this focus. And now, he says, he is starting to.

“Our first year in business I did not use that in our marketing at all,” he says. “I did that intentionally because I wanted our food to stand alone on its taste. But after that first year I started to talk about it and people embraced it.”

When planning the menu at lost river, Coffman called upon his experience traveling the country.

“I traveled a lot, so I got to experience really good East Coast pizza and good deep-dish and pan pizza,” he says. “I tried to take what I felt like was the best component from those different styles.”

The menu at Lost River is pizza-centric, but also allots plenty of space to appetizers, pasta, salads and sandwiches. While the restaurant sells around 150 pizzas a day (the top sellers are an all-meat pizza called “The Uncle Freddy” and a supreme pizza called “The Big Grizzly”), Lost River has customers who rave about its chicken wings and its fried pickles slathered in house-made Buffalo sauce (see the recipe on page 22).

“Wings are huge for us,” says Coffman. “We go through eight cases of wings a week. And there are 40 pounds in a case. Our handhelds are big, too. We do wraps, sandwiches, heros and a burger.”

“We were the first people in town to really promote and push craft beer,” Coffman says. “People around town — other restaurant owners, even — told me I was crazy. They said 95 percent of my beer sales would come from three taps. And they were talking about beers like Bud Light.

The taps are changed weekly in order to offer plenty of variety. But the dedication to serving quality doesn’t stop there.

“We use short lines and we clean our lines every time we change our kegs,” says Coffman.

“We do a lot of pairings,” he says. “For example, we’ll recommend an IPA with a spicy pizza. The beer reps, me, my bar manager, we all work together to educate our staff. We’ve even brought in outside people from time to time for beer classes.”

Lost River keeps 30 beers on tap and offers another 50 to 80 bottles at any given time.

“You have to offer a lot of choices,” Coffman explains. “We’ve become a craft beer destination. We get people who come up from Nashville and other parts of Tennessee regularly, as well as customers from all over Kentucky. Sometimes people come in by the carload from two or three hours away just to try a new tap. It’s really cool.”