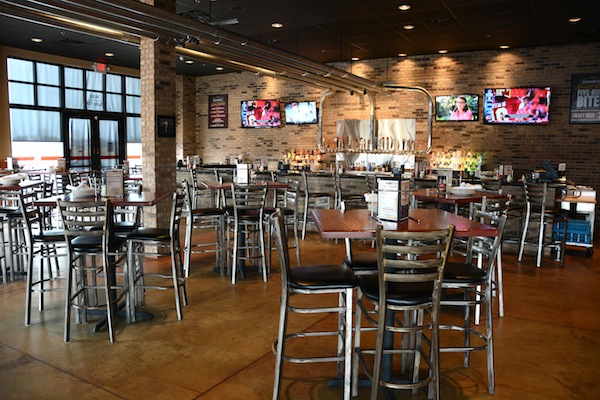 Turn down the decibels

Turn down the decibels

Breaking down noise and how to reduce it in your pizzeria

Recent restaurant design trends have leaned towards open spaces, high ceilings, hard floors and tables and lots of windows — all of which can wreak havoc on noise levels.

Architects and interior designers think about how great the space will look, says Lisa Schott, an acoustical and noise control consultant in Oviedo, Florida. “They don’t necessarily think about the acoustics until after the space is built and it becomes obvious.”

Drew and Leah Watson, owners of Hops & Pie in Denver, Colorado, know the price of the pizzeria’s exposed ceiling and hard surfaces. “Our dining room can be obnoxiously loud,” Drew says. “That’s not what we are going for. But with the music and 80 to 100 people all talking with poor acoustical absorption, it’s an area we are working on improving.”

Schott, who owns acoustical consultant firm Quietly Making Noise, has consulted with numerous restaurants to bring noise levels down. There’s a fine line when it comes to noise. “Some of my clients often say, ‘we want it quieter than what it is but we don’t want it like a library. We do want it to be vibrant,’ ” she says.

That’s the conundrum that Hops & Pie has faced. “Ideally, we would like it loud so it has a busy, bustling feel, but right now it’s just too loud,” Drew says.

So what’s too loud? Schott uses two guideposts to determine acoustical problems — decibel levels and reverberation time. Decibel is simply a unit for measuring the intensity of a sound. She advises against having decibel levels in the 90s, which is the equivalent of a power mower or a motorcycle 25 feet away.

While Schott says, there are no noise regulatory standards for diners in restaurants, many employers are unaware of OSHA’s workplace noise limits. OSHA sets legal limits on noise exposure in the workplace. These limits are based on a worker’s time weighted average over an eight-hour day. With noise, OSHA’s permissible exposure limit is 90 decibels for all workers for an 8-hour day.

The National Institute for Occupational Safety and Health recommends exposures to noise should be controlled below a level equivalent to 85 decibels for eight hours to minimize occupational noise induced hearing loss.

“You also probably don’t want to be as quiet as the low 60s because that is the point of where you wouldn’t feel the energy in the restaurant and people might feel like they don’t have speech privacy.

“Ideally, we would like to be somewhere in the 70s,” Schott says, adding that the max should be maybe 80 or 81.

Think of reverberation time as the amount of time it takes for a sound to fade away. “I would look for reverberation time in a restaurant to be around one to one-and-a-half seconds in the frequency range where the human voice falls so that you are not getting too much echo,” Schott says.

According to Schott, the main sources of noise issues derive from:

• People. You can’t control people’s voices but you can create barriers so their voices do not travel, as well as adding materials to absorb the sound, Schott says.

Steel City Pizza Company in North Charleston, South Carolina, deviated from current design trends and installed standard drop-in acoustical panels in its high ceiling. Co-owner Adam Carb says they opted for black panels to keep consistent with the look that they were going for.

The two-unit pizza company also installed a 48-inch wood wall divider separating its popular bar area. “This provides more surface area to absorb sound and also helps separate the dining room and bar, but without isolating them from each other and keeping an open feel,” Carb says.

Schott says dividing a room is a good idea, even if it’s using half walls. She also likes booths that are above head height to keep voices from traveling.

• Kitchen noise. Open kitchens pose considerable challenges. Schott recommends putting up a glass divider between an open kitchen and dining area so you still get the view but it also acts as a sound buffer. From a sound perspective, you want the kitchen
enclosed, Schott says.

Enclosed kitchens can also produce noise issues. Hoods and fans tend to be the main sources of kitchen noise, Schott says. There are quieter fans on the market. “Also strategically placing equipment can help when you are doing kitchen layout, she says. Make sure there is not a clear line of sight between the dining room and the noisy hoods, she adds. Refrigeration equipment and dishwashers should be places away from dining areas.

• HVAC systems. System noises can be annoying for customers and result in increased sound levels as people raise their voices to talk over them. Check HVAC units regularly.

Other strategies that Schott has incorporated into restaurant interiors are wall panels, acoustically absorptive banners and clouds that hang from the ceiling and even the placement of sound absorption under tabletops. “In the past few years, there have been a lot of acoustical materials introduced,” Schott says, like customizable acoustical wall art and acoustical plasters that can appear smooth like painted drywall or even coarse textures.

The best time to think about the sound of your restaurant is in the planning phase, Schott says. “Its always less expensive to implement acoustical controls upfront in the design than it is to retrofit them.”

What happens when your pizzeria’s outdoor space noise becomes the problem? Noise should be one of first considerations when you plan to add a patio. Get familiar with local noise ordinances, says Lisa Schott, an acoustical and noise control consultant and owner of Quietly Making Noise in Oviedo, Florida. Some ordinances are subjective, while others are objective.

It’s the subjective ordinances that can be difficult to follow, Schott says. With nuisance laws, there are no clear measurements on noise complaints. It is based on a complainant’s perception of noise.

Steel City Pizza Company’s North Charleston, South Carolina location has a lively outdoor space. “Our music outside is kept at a level that is higher than background music but not loud enough to effect conversation,” co-owner Adam Carb says.

“We follow the rules and try to be respectful and as good a neighbor as possible,” Carb says.

Schott says, that’s what it boils down to: “Be a good neighbor upfront.”