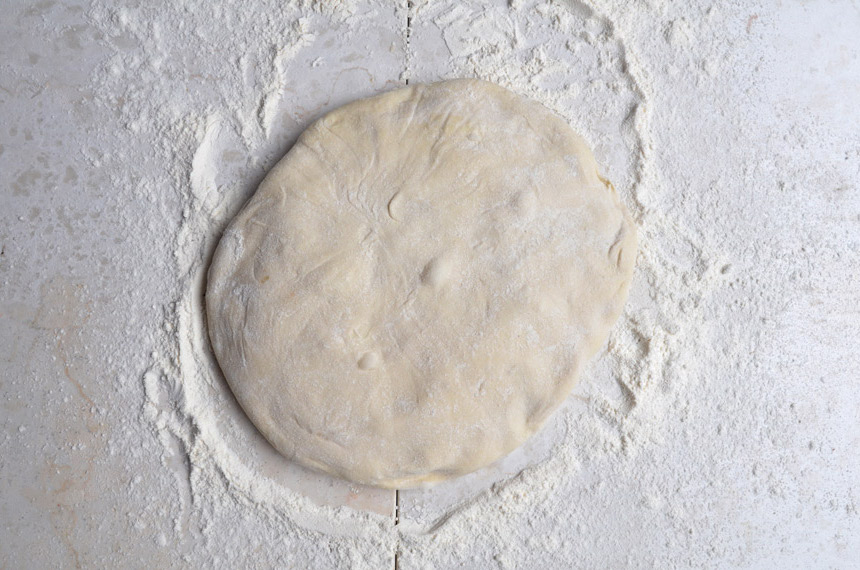 What is the medical condition — and why should you be concerned about it?

The Phoenix-based chef, whose fame and following swelled in the early 2000s with Pizzeria Bianco, returned to the restaurant game in mid-2016 with Tratto, a tiny, strip mall-located Italian restaurant where the dish that launched Bianco’s culinary ascent was curiously absent.

The roots of Bianco’s surprising move to open a pizza-less restaurant, one that seized the attention of the New York Times and the Eater among others, were actually planted six years prior when Bianco left the kitchen. A lifelong asthmatic, Bianco said years of exposure to airborne flour and wood-fired smoke to produce his artisan pies had intensified the condition, which he termed “baker’s lung.” He told the Arizona Republic at the time: “My doctor says I have to keep my head out of the oven if I want to see 50.”

With Bianco’s return to the restaurant game, the headlines inevitably followed, as did mentions of the condition — one of particular relevance to those in the pizza business — that spurred his six-year sabbatical from the kitchen.

What is baker’s lung? First, a clarification: the condition is more accurately called baker’s asthma or, more broadly, occupational asthma, notes Dr. Paul Blanc, who leads the Division of Occupational and Environmental Medicine at the University of California, San Francisco. Baker’s asthma is caused by inhaling flour dust and other substances commonly found in bakeries, such as wheat flour, rye flour, soybean flour and alpha-amylase, a popular enzyme added to improve bread quality. Any of these components are capable of driving both non-allergic and allergic reactions among exposed workers, a 2015 paper in the International Journal of Occupational Safety and Ergonomics reported.

Furthermore, the frequent inhaling of these complex dusts can morph into Chronic Obstructive Pulmonary Disease (COPD), or full-blown asthma.

“Anytime there is allergic exposure on an ongoing basis, you’re going to see more illness,” says Patti Solano, a registered respiratory therapist and certified asthma educator with The University of Chicago Medicine. “There are certain things that set people off, build and get worse over time.”

The symptoms of baker’s asthma mirror that of garden-variety asthma, namely shortness of breath, coughing, wheezing and chest tightening. There is, however, one important caveat: the symptoms are typically timed to one’s relationship with work.

“People are often just fine when away from work, but then struggle when they’re in the kitchen around these substances,” Blanc says.

Yet more, some individuals might have an underlying sensitivity that remains latent until activated in a specific work environment. Then, it’s a matter of discovering the trigger.

“Since flour is a complex dust, there’s a number of different elements that could bother someone … and the condition could be exasperated in one kitchen, but not in another,” Solano says.

Case reports establishing the validity of baker’s asthma date back more than a century. Today, baker’s asthma is largely considered the most severe and frequent of all the occupational allergies, which range from house painters inhaling fumes to traffic management workers consuming automobile exhaust. Scientific studies estimate that baker’s asthma exists in 7 to 15 percent of U.S. bakery workers.

Even so, the condition remains misunderstood, if not completely unknown, by many across the pizza industry.

When contacted for this story, one large franchisor for a major pizza chain said he was not aware of any such instances of baker’s asthma within his enterprise. A veteran pizzeria owner in Texas said he had never heard of the condition. Ditto for a multi-unit owner in the southeast with four decades in the pizza business. An executive at a multi-unit chain in the Pacific Northwest, a pizzeria employee since his teen years, said he, too, had never heard of baker’s asthma.

“I could see where there might be some issues with inhaling flour constantly,” the executive allowed, “but can’t help but wonder if there isn’t something else at play here like, for example, the fact that most kitchen guys I know are smokers.”

While other factors can certainly contribute to or aggravate the condition, Blanc doesn’t hesitate to call baker’s asthma a legitimate medical condition that should be on the industry’s radar. In fact, it’s a condition the “workplace is legally obliged to recognize,” he adds.

Ignoring the causes of baker’s asthma could intensify health problems, spur costly workers’ compensation claims and compel quality team members to leave the business. There are, however, reasonable workarounds.

To minimize the level of flour dust, additives and other asthma-causing agents inhaled by bakery workers, what many medical pros consider the critical first step in combating baker’s asthma, restaurant leaders might: provide face masks to employees; incorporate housekeeping tasks like wet scrubbing and vacuuming surfaces; control the amount of flour dust by enclosing dusty machinery or installing local exhaust ventilation; and employ dough-mixing approaches that reduce the amount of dust generated.

“The worst thing you can do is dump out a bag of flour and generate a large plume of dust,” Blanc says.

In some cases, particularly if the operator or a key kitchen leader faces the symptoms, more drastic steps might include altering recipes to eliminate specific substances, allergy shots, albuterol treatments or even oral steroids.

“Avoiding the triggers is the first step, but there are numerous ways to address the condition,” Solano says. “It’s just a matter of how far one’s willing to go and how important it is to work in the pizzeria.”

A reasonable first step, a skin prick test uses tiny needles to subtly penetrate the skin with specific allergens. The test, which runs approximately 30 minutes, can check for immediate allergic reactions to dozens of substances.

Another option is an immunoglobulin E (IgE) blood test, an advanced option that checks sensitivities to dozens of foods and inhalants.

“These tests will help you dig deeper, become more educated about your sensitivities and create a plan moving forward,” Solano says.