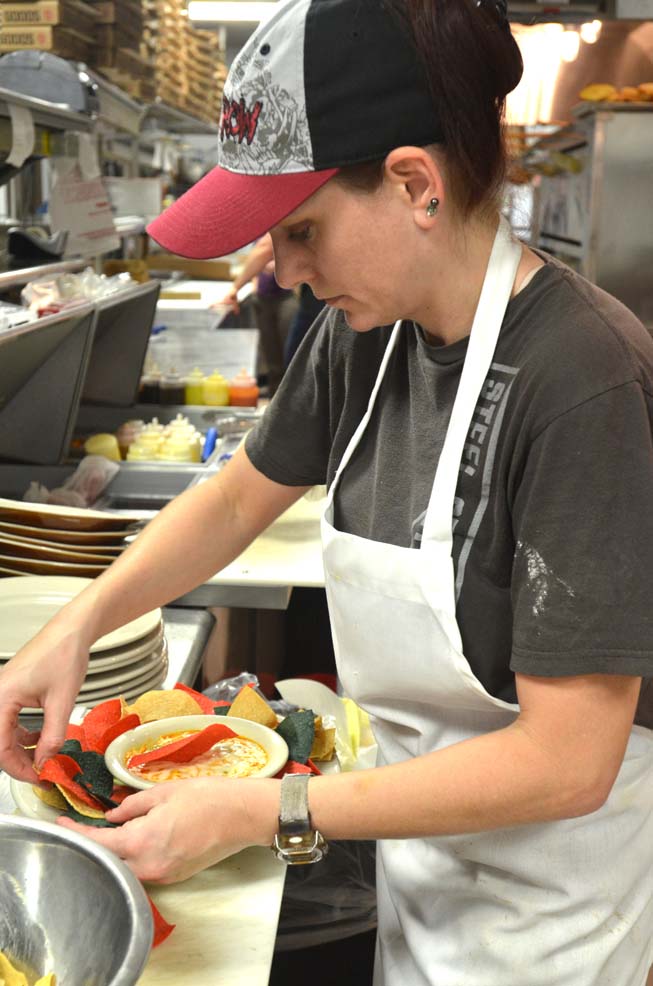 Keeping kitchen staff interested should be a top concern

Burnout on the cook or make lines can spell disaster for pizzerias, especially if undetected. Bored, fatigued or indifferent cooks can get sloppy and careless, endangering product consistency and quality. Burned-out employees become unreliable, arriving late or not bothering to show up at all, resulting in staffing shortages that threaten the customer experience and the restaurant’s profitability. At the same time, the nature of most pizza restaurants makes avoiding employee burnout in these positions particularly challenging.

“Having a menu with items that need to be executed in the same way every time creates a repetitive situation, which can lead to boredom,” explains Trey Hall, former president of the Consumer Concept Group, a Denver-based firm that creates, opens and operates signature restaurant brands, including pizzerias.

“But there’s also the need to ensure sameness and quality time after time, so it’s a stressful situation,” Hall continues. “It requires speed, repetition and accuracy. Some people are built for it; some aren’t.”

Repetition isn’t the only factor behind burnout, although this does have merit, says Izzy Kharasch, president of Hospitality Works Inc., a Deerfield, Illinois-based international hospitality and training firm. Instead, Kharasch also points a finger to the arduous work involved, combined with a lack of advancement.

“They put in many hard hours with little reward and a lack of work/life balance,” he explains. “Of course, the final issue is money. I don’t believe burnout comes from the work alone but from the work combined with the weight of these other issues.”

Pizzeria operators battling burnout on the cook or make lines, or hoping to prevent it from the start, needn’t despair; there’s plenty they can do to keep these employees charged up, showing up, and their turnover low. One of the best preventative strategies is hiring, says Hall.

“Hiring a chef who wants to be highly creative is going to lead to turnover,” he says. “Hiring an employee who is keenly focused on detail and executing to the recipe spec will lead to less frustration for everyone and less turnover.”

Hall suggests asking applicants if they’ve previously worked on a cook or make line, and if so, for how long. One potential red flag is if the applicant has just come out of culinary school. In this case, putting him/her on the cook or make line may not be the best placement, although this isn’t an absolute, he adds.

Jeff Miller, owner of two Bay area Extreme Pizza franchises, can attest to the wisdom of hiring experienced cooks. When he opened his first location in San Rafael, California, 12 years ago, he says they had almost 100-percent turnover in his cooking staff.

“We tended to hire too young of a person, and this might have been their first job,” recalls Miller. “My staff now averages 30 years old and has cooked for years — either for me or had prior experience. Of the six full-time cooks I have at my San Rafael store, three have been with me for over 11 years and the other three for over three years.”

It’s also essential when hiring to present the job realistically, says Arjun Sen, president of ZenMango, a Centennial, Colorado-based restaurant consulting company. He suggests that the designation of “cook” is often misleading, since in many cases, those holding this position are making pizzas to spec, not expressing themselves creatively, as the title “cook” might imply.

“Hence, the title should simply be changed to ‘pizzaiolo’ (pronounced ‘pizza yellows’ and meaning ‘pizza maker’ in Italian) and the job description can stay the way it is,” he says. “As the pizzaiolo totally controls the (quality) this role should be a higher-scale job in the pizzeria.”

Training can provide another barrier to burnout, says Kharasch, mentioning that poorly trained employees typically burnout the fastest. “This means that owners need to have a real training program in place where the employee isn’t just following someone around but is thoroughly trained and graded on every task,” he says. “This makes for more confident employees who know what they do is important.” (However, Hall cautions that no amount of training will help an incorrect hire.)

Miller also favors cross-training. He’s trained his cooks on the POS system, and has also empowered them to assume other responsibilities typically handled by a manager, such as daily or weekly ordering. Cooks on the line also take turns in different positions, for example, rolling the dough for an hour or so and then moving to the prep table.

Incentives can work but only if they’re managed and tracked by management and if the goals are understood and motivating to employees, says Kharasch. “They should also be a positive for the business, helping to achieve additional sales or lower costs. Incentives need to be a win-win-win (employee, owners and customers).”

Finally, when faced with burnout, owners or managers can try talking to the employee one-on-one, says Kharasch. “Ask, are you satisfied in your job? What can I do to make this a long-term job for you? What is your goal? How can I help you reach it? This is the simplest and least-utilized strategy in foodservice.”

Jeff Mease, founder/CEO of Bloomington, Indiana-based One World Enterprise, says burnout at the company’s Pizza X restaurant isn’t an issue. He attributes this to the upbeat work environment and their compensation policy. Example:

Only store managers are on salary, everyone else is hourly. “Salary systems are ripe for abuse,” says Mease. This “is a fairer system.”

Assistant managers receive bonuses for making labor costs and ideal food cost targets. GM’s make 20 percent of their store’s monthly operating profits, sharing in a pool with the other stores, partnering in the business’s success, says Mease. “As such, they realize the value of their people and don’t want burnouts.”

Mease plans the budget every six months, distributing 25 percent of the profits in excess of that plan to all staff each six-month period, giving them a stake in the company’s financial success and contributing to a “great energy.”