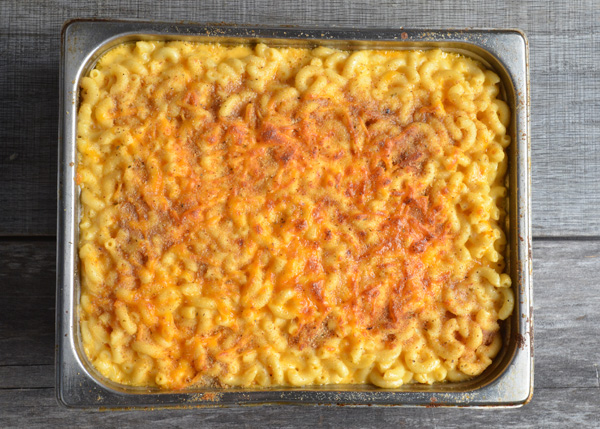 In the restaurant business there are certain “rules” you’re supposed to follow in order to be successful, but many operators break these rules and see sales and profits rise. Pizza Today takes a look at how operators are breaking five rules and flourishing:

In 2007 it began a campaign, Pizza for Pesos, through which Hispanic customers could use Mexican pesos to buy their food. Thanks to this, says the chain’s brand director, Andy Gamm, sales jumped 34 percent year-over-year for the quarter in which the offer ran.

“The timing was right because immigration was a very sensitive issue,” he says, adding that the company received around $35 million-worth of media coverage in the U.S. alone.

Then, in 2012 Pizza Patrón ran Pizza Por Favor, through which customers ordering in Spanish on a specified day received a free pepperoni pizza. “I think we gave away over 80,000 pizzas,” Gamm says.

This campaign, he explains, led to millions of impressions and national news coverage, “and more importantly we got a lot of new customers, which is key for a small entrepreneurial concept like us.”

These campaigns are hard to duplicate, Gamm says. “It’s hard to capture lightning in a bottle –– never mind more than once! But we want to be careful to not be making noise just for the sake of making noise.”

Two Boots, based in New York, has no marketing budget. “Instead, we give away about 10,000 slices of pizza each year,” says owner/co-founder Phil Hartman. “Getting our pizza into the mouths of those folks is a great opportunity to showcase our product.”

Tom Frank, culture engineer for Round World Management in Phoenix, Arizona, agrees. “The most important marketing dollars you spend are inside your walls not outside.” Spending money delivering on your brand promise and getting people to come back pays much higher dividends than external marketing, he points out.

“Make sure everybody who walks in your door is coming back, and if you’re not sure they’ll come back, chase them out the door, and if you’re still not sure, wash their car,” he says.

• Don’t open on “quiet” days. When every restaurant in town is closed on Christmas Day and New Year’s Day, look for an open Russo’s NY Pizzeria. Owner Anthony Russo opens every day of the year besides Thanksgiving.

“Everyone else is closed and this helps attract new customers who find our brand on quiet days,” he explains, adding that these days bring in 30 percent more sales than regular days.

Russo gets the word out through store signs on the doors and marquee and via social media, and of course lit neon signs on the open days.

“Days (are) never so quiet that an operator loses a day of sales,” says New York City restaurant consultant Arlene Spiegel. “Reaching out to a new clientele should be the focus — not shutting down.”

• Don’t expand too quickly. Tony Gemignani opened Tony’s Pizza Napoletana in San Francisco in 2009 and has grown to 11 pizzerias in less than six years.

While this was fast work, it wasn’t too fast, believes Gemignani.

What’s vital — along with great employee infrastructure and a team that shares your passion — is finding good leases on your buildings, he says.

“You need to have low fixed costs, through low-cost leases,” Gemignani points out. “You can control your labor and food costs but you can’t control your fixed costs so start with them low. “Your lease should be eight to 10 percent of your sales.”

But also look at the neighborhood, he says. “Watch for several for lease signs. It could be the area is dying — or you may get lucky and be a part of a renaissance.”

Expanding too quickly can be the kiss of death, not only for a second restaurant but also the first, says Bill Marvin, a restaurant consultant based in Gig Harbor, Washington. “Entrepreneurs can get excited by the next shiny object and outgrow their ability to control the business. But if they have systems in place for operations, employees and finances, they can succeed,” he says.

• Launch with a grand opening. New York City’s Pizzetteria Brunetti opened its doors with no fanfare in October 2013, which gave owner Jason Brunetti an extended, month-long “friends and family” situation — albeit with paying patrons, too.

During this time he solicited opinions from diners so he could refine the restaurant. He asked about everything, though the feedback on the food was the most useful.

The biggest change he made after that month was the dough, so it mirrored the dough at his original location in Westhampton, New York. He also made some staff changes when he found a couple of servers weren’t representing the restaurant well.

“We knew most guests so they were forgiving of any mistakes and gave us honest feedback,” Brunetti says. “If we’d opened with a lot of noise, we’d have had more people who didn’t know us who might not have given us a second chance if their first experience was sub-par.”

Having a soft opening also gave Brunetti something more. “It gave me time to break in the oven. A wood-fired oven needs to be seasoned; the pizza stone and oven contain a lot of moisture after being assembled. That moisture has to dry out by being used.”

Grand openings can be held a month or two after a soft opening or not at all, says Round World Management’s Frank. “You only have one opportunity to do a grand opening, so if you can’t deliver and get everyone who walks through your door to come back, don’t have one yet.”

• Focus on entrées and alcohol — not side dishes. Entrées and alcohol may be the drivers for restaurant business while side dishes typically constitute three to five percent of sales. But at Whitewater, Wisconsin-based Toppers Pizza, Topperstix represent a quarter of annual sales.

“We’ve trained our customers to get Topperstix with every pizza,” says spokesman Scott Iverson. “It’s become our signature and that’s what we want people to know us for.”

Topperstix (pizza dough sticks with toppings and dipping sauces) do not cannibalize pizza sales, since the two are typically eaten together. “They are a major part of our ongoing marketing and brand message and in new markets, we offer tons of sampling [of them],” he says.

Coming up with any kind of unique dish is great for business, says Marvin. “The more unique you make something, the more reasons you give people to come back to you since you can buy pizza anywhere.”

Amanda Baltazar is a freelance writer living in the Chicago area. She specializes in business and health stories.