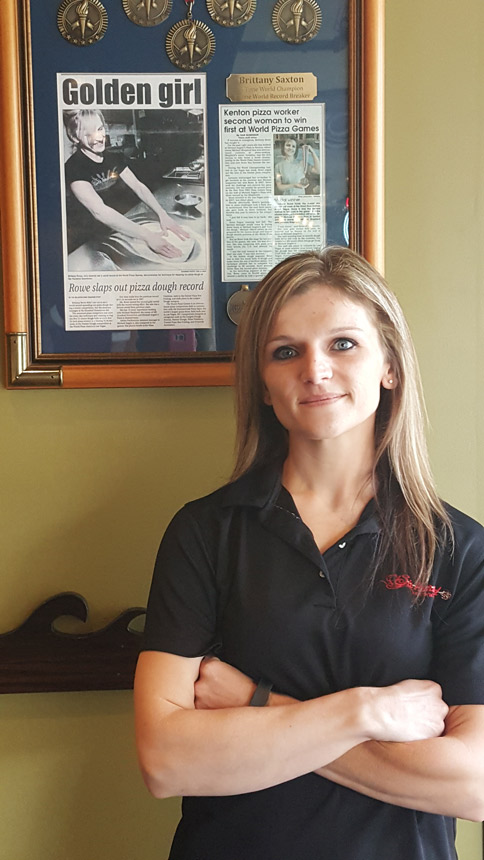 Five-time World Pizza Games champion Brittany Saxton. A 13-year veteran of the pizzeria industry, she recently acquired ownership of Six Hundred Downtown in Bellefontaine, Ohio, where she was previously the assistant general manager.

Six Hundred Downtown is a concept that holds the true art of pizza as a priority. We have a classic Italian base with our old-world style, brick-oven pizzas. Our menu ranges from normal pizza favorites to out-of-the-box gourmet offerings. The atmosphere offers a cozy, casual, family-oriented establishment.  Our guests have a large menu from pizzas, pastas, salads and sandwiches. We also have offerings from our full bar, which features a selection of local craft beers and usual patron favorites.

When transitioning from management to owner, the biggest lesson I learned was proper balance. I started off thinking it would not be much different than normal — I would go in to run daily operations and do administrative in the afternoon. Easy, right? I learned rather quickly that I could not be dedicated fully to both and readjusted the flow of our shifts to add the balance I needed.

In my honest opinion, having so much time in the company was hindering during my transition. I was always a working manager. I would run shifts while balancing my manager functions and do just fine. A lot of the things I used to be able to do had to be delegated down the line, and it made for a little tension at the start. Change is difficult in the work force. One day I was their assistant general manager, and the next I was the owner. It was almost like a culture shock, and we are still working on smoothing out the final bits of changes.

On performance — My one piece of advice in this area would be to have a firm stance on company policy and procedure, but have an understanding that you are dealing with people. It’s all about respect at the end of the day.