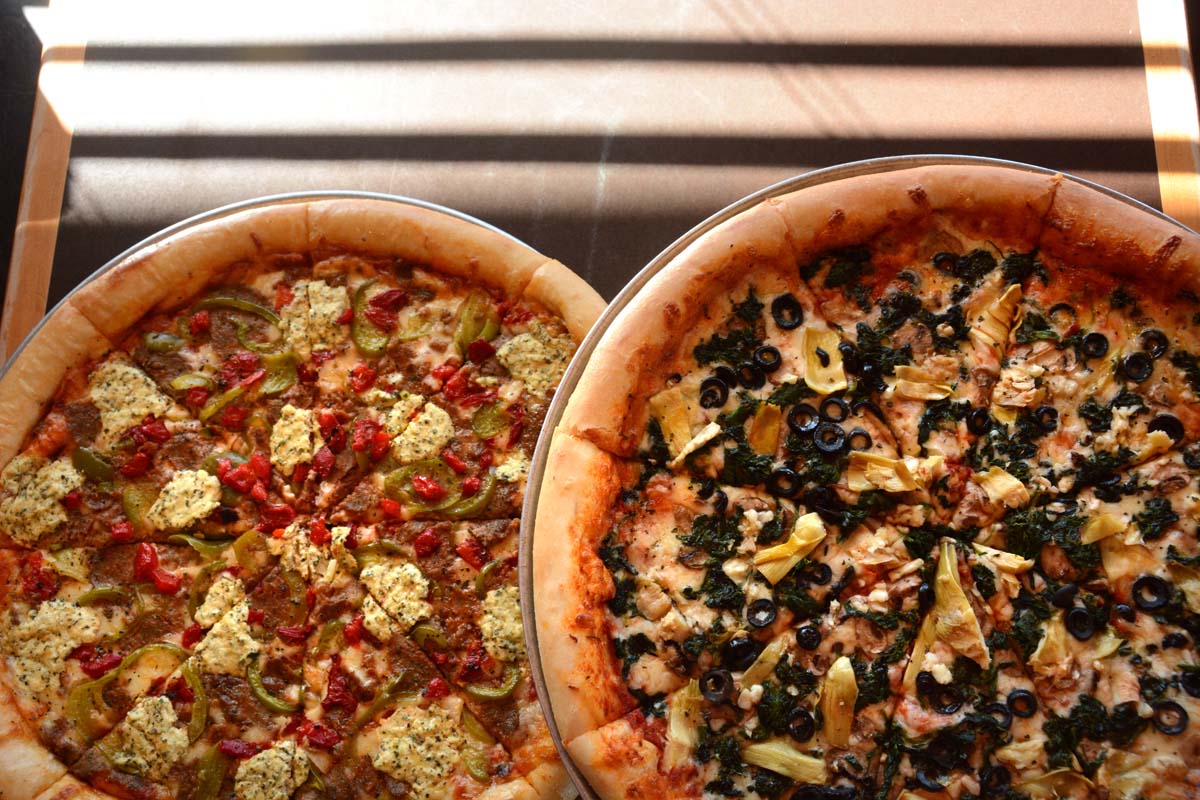 Evolution of a Brand

Evolution of a Brand

When you’ve got a NYC borough in your pizzeria’s title, that carries a good amount of expectation from your customers. Such is the case for Kansas City-based d’Bronx Authentic Deli and Pizzeria. Owner Don Foringer understands the legacy his restaurants carry, especially in a region far removed from the Empire State. Celebrating its silver anniversary this year, d’Bronx weighs in with $4.6 million in annual sales and four stores, earning it the 49th spot on Pizza Today’s Hot 100 Independents list.

An experienced restaurateur, Foringer is not d’Bronx’s original owner –– that would be Robert and Janet Bloom, who opened the d’Bronx slice shop in Kansas City in July, 1990 –– but he’s helmed the company for the last 11 years. The original store is still open, but d’Bronx has since spread its wings to the Kansas City suburbs. About five years after the first location opened, d’Bronx expanded into one of the area’s premiere shopping centers in the food court, giving it a lucrative and high visible second location.

“I try to make all of my food at each of the stores, but when I built my last store, which is in Mission, Kansas, we didn’t really have the room to replicate all (the output from the Overland Park store), so this place makes all the food for that store,” he says.

So much is made in house –– from the pasta salads to the red velvet cakes and apple pies created by a staff baker –– that the deli display cases lining the counters and the open kitchens give customers confidence in d’Bronx’s focus on fresh, quality products. (Everything is still made in house there despite one unit being in a food court).

“I’ve already been called a chain on Yelp and places like that, and some of the naysayers have already pointed that out, but we do stay true to the same processing, the same techniques,” Foringer says. “If we did go to a commissary, I would only honestly take product out fresh that morning. We don’t do anything to extend the life of our food or hold it. Everything is meant to be fresh and consumed that day.

“One of the things that’s in our name is ‘authentic.’ I can’t be authentic if I’m freezing something and moving frozen products around. It just doesn’t work for me.”

Cutlets are marinated and breaded, brownies are baked in-house and potato salad is created from scratch. Even the chicken noodle soup is “one of the things we’re famous for,” Foringer says. “It’s made with fresh matzo balls every day, and we go through tons and tons of chicken.” (We tried it, and it’s Pizza Today approved, by the way.)

Such hands-on operations is a high level of commitment in an industry plagued by rising costs and corner cutting, but Foringer has built his brand on continuity, quality and service. Forging good relationships with vendors helps maintain consistency, but he isn’t afraid to raise prices when needed.

“We look at the volumes that we’re using and we try to make sure we’re getting good prices for the volume,” Foringer says. “I’m the largest corned beef buyer in Kansas City. … The turkey that I use for my sandwiches –– I buy 25,000 pounds of turkey a year. We try to negotiate off of our quantities, but I look for quality over quantity.”

“But part of keeping my menu fresh is looking at things and saying, ‘oh, well, we need to add gorgonzola cheese or fontina,’” Foringer says. “It used to be you slap a piece of cheese on something and be done with it but today, people appreciate fontina or Asiago, and I want to make sure I can provide that. … You have to appreciate that your customers’ tastes evolve.”

Pizzas sold by the slice line the display cases and are big sellers, especially at lunch.

“One of the important things for us is having all of our foods on display,” Foringer says. “All of our installations have open kitchens.”

Eye-catching appeal is also critical because the company doesn’t deliver. That makes takeout customers just as important as those who dine in.

“We do probably 20 to 30 percent in carryout,” Foringer says. “Carryout is very important to us. We don’t do delivery. … Before we give the (carryout) customer the pizza, we always open the top up and ask ‘How’s that look?’ That way if we made a mistake or it’s the wrong pizza, or we’re giving Bill’s pizza to the wrong ‘Bill,’ we can correct it right there.”

Why no delivery? “We just want to focus on our food,” Foringer says. “The fact (is) that, honestly, of everything on our menu, pizza probably travels the best. When you think about people calling in and ordering Reubens and other things off our menu, I don’t think that that would travel very well. I know it won’t. We may at some point offer limited delivery, but I’m kind of old-fashioned that way. I’ve rarely had good delivery food.”

Catering is available however, and sandwich boxes are lucrative offerings to local businesses and medical centers nearby.

Growth has been deliberately methodical as Foringer initially focused on systems organization over rapid expansion.

“I don’t really have a growth plan per se,” Foringer says. “We’re growing organically as opportunities present themselves. I don’t have a goal. I don’t have investors who are expecting me to open so many stores and have so much of a return. … When the right store opens and a broker calls me and says ‘you gotta come see this site! It’d be perfect for a d’Bronx.’ I’ll go look at it. But I’m not thinking every day ‘how do we grow from four stores to eight stores?’”

After more than 30 years in the restaurant industry, Foringer says he’s seen an increase in the quality of products available to operators, and training has become more crucial to success. “I think people have to be skilled,” he says. “They have to be trained. Most people don’t realize that making great pizza is not as easy as it looks. … You have to know what you’re doing. You don’t guess your way through it.”