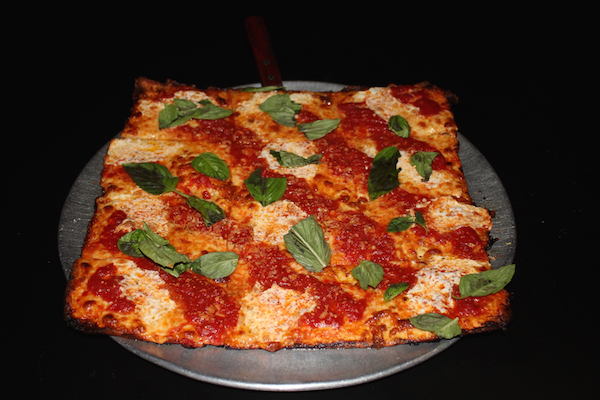 A look at pizzerias in Atlanta, Georgia

This Jersey-style pizza joint has already gained quite the reputation in the Atlanta pizza scene since opening in January. Owner Anthony Spina keeps his menu simple, traditional and nearly everything made from scratch, including sausage and hand-pulled mozzarella. O4W’s grandma pie has become a superstar and makes up 60 percent of the shop’s sales. The thin-crust square pizza features garlic, marinara, fresh mozz, EVOO, pecorino and fresh basil ($3.75 for a slice or $23 for a whole pie). O4W offers a handful of rolls and heros including a chef’s choice vegan sandwich with ingredients that change daily.

This local pizza chain has been serving up pizza slices since the early ‘80s. Fellini’s has established itself as the neighborhood spot for slices and beer. With its ample outdoor patio featuring a distinctive fountain, the Candler Park location is a favorite among Atlantans. The pizza company’s menu is focused on its thin-crust and Sicilian slices and whole pies, one salad and a calzone.

A hidden door in an unassuming bookcase reveals a ‘20s-themed speakeasy at this downtown pizzeria. Vesuvius is known for its creativity in the kitchen. The Bone Lick BBQ features crispy fried collards atop a pizza with pulled pork, BBQ sauce and smoked provolone ($19 for a large). The Disco Club sandwich is a toasted rye double decker that pairs ham, prosciutto and pepperoni with romaine, provolone, onion, pickled peppers and vinaigrette ($9).