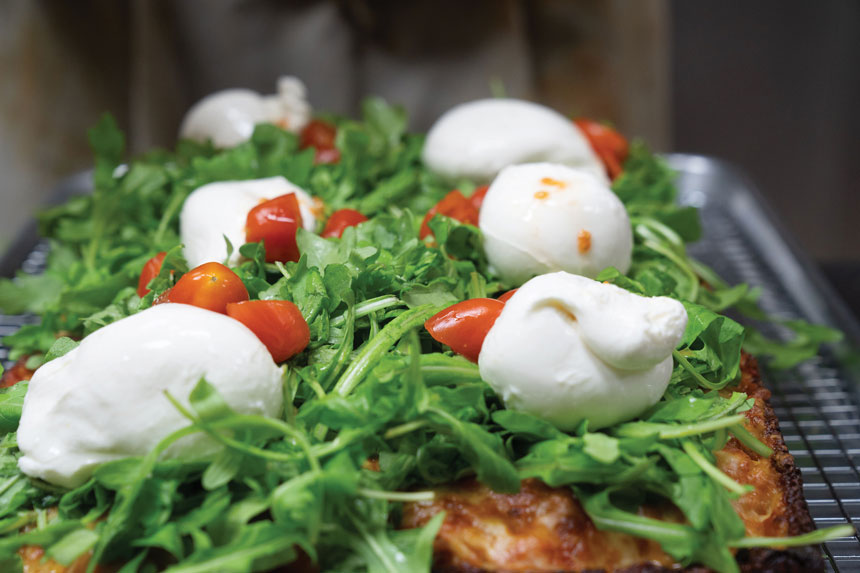 A look at pizzerias around the U.S.

Famed Chicago chef Jeff Mauro proclaimed Bertolli’s pepperoni panzerotti one of his most favorite bites on the Cooking Channel’s “Best Thing I’ve Ever Ate.” “Bertolli’s Pizzeria is a staple in the River Forest community. It’s history, service, products, pizza, and traditions brought from Italy by Frank Bertolli have made it a home away from home for many people over the 40 years in the same location,” says co-owner Carlo Bertolli. “There are so many delicious homemade items on our menu to choose from; from our traditional tavern-style thin crust, to our pan style, our stuffed pizzas, and our most recently praised Detroit-style slices, all which are topped with fresh ingredients. Carlo recently created Detroit style pan. “(I) was playing around with some flavor and has put (my) own take on the Detroit style — not a traditional Detroit, something with a lot more crunch and airy texture bite to perfection,” he says.

This Chicago-style pizzeria has found a home bordering the Greenwich Village and Soho neighborhoods since 2013. The pizzeria has announced on Instagram that a second Emmett’s is coming soon to the West Village. Last year, Emmett’s added a farm to grow produce and herbs. The menu features both deep dish and Chicago thin-crust pizzas. The deep-dish menu includes This Buds For You with spinach, white onion and mushrooms. The Hot Papi is on the thin-crust menu with pepperoni, red onion, jalapeños and house-made paprika Ranch. In addition to pizza, Emmett’s menus other Windy City favorites, like Chicago-style hot dogs and Italian beef sandwiches. There’s also the Char Dog that is grilled over open flame.